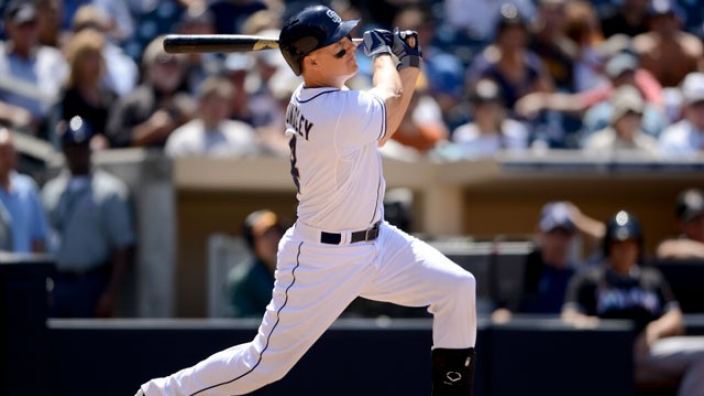 Nick Hundley, the six-year veteran catcher for the San Diego Padres looks back on his 2013 season as a year when he bounced back from the worst season of his career. And today he knows why.

“I had my worst year in my professional career in 2012,” Hundley says. “That put me in a place mentally and emotionally where I was in a bad spot.” It became a time when his priorities were blurred, and baseball became his focal point. It consumed him.

“In 2012, Nick struggled baseball-wise,” says teammate Eric Stults. “He spoke to the team at the 2013 spring training about how his struggles consumed him and who he was. Nick is a guy I have gotten to know, and I know he has taken some big leaps in his walk with the Lord. The biggest change I see is he put God back in the forefront of his life.”

Hundley credits the ministry of two men for helping him rearrange his priorities and to put God back in the forefront.

After the 2012 season, Hundley got in touch with pastor Richard Lopez, the FCA director in Southern Arizona and for the University of Arizona. Pastor Lopez, who has been “an amazing influence” on Hundley, had also performed the wedding service for him and his wife, Amy.

“Pastor Lopez and I went to work as he discipled me by going through Scripture [the Bible],” Hundley says. “We met every week from October until I went to 2013 spring training. He has been an unbelievable instrument in [the growth] of my faith, and I am forever grateful to Pastor Lopez.”

The other influence at that time in his life is Brian Hommel of Unlimited Potential Inc. (UPI) and the chaplain of the Arizona Diamondbacks, who leads Bible studies for the teams in Arizona during spring training. 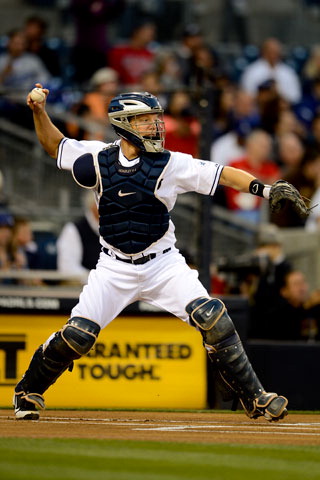 “Nick is one of the good guys in baseball,” Hommel says. “Nick and his wife, Amy, have attended the Bible study I lead in spring training, and 2012 was a trying time in his journey because he was not doing well and was injured after he signed a big contract. He wanted to do well on the field.”

After the 2012 season, Hommel asked Hundley if he felt more dependent on Jesus now than in the past, and Hundley answered, “Absolutely.”

“Nick is at a place in his journey where he sees his dependence being on Jesus more on a daily basis,” Hommel says.

Nick grew up in a home where his parents, Tim and Pam, loved the Lord.

“My parents taught my brother, Jake, and me about Jesus and made sure we were in church,” Hundley says. “I was baptized when I was 12 and Jake at 13. We accepted the Lord Jesus as our Savior and committed our lives to Him. It has been a constant journey from there of learning and growing more in my faith.

“I was really fortunate to have parents who live with integrity and have love for each other and for the Lord.”

Hundley signed with the San Diego Padres after his junior year at the University of Arizona. He was drafted in 2005 in the second round and has been with the Padres his entire career, debuting in the major leagues on July 4, 2008.

Hundley met Amy at the University of Arizona and they were married December 12, 2009. They had their first child, Allyson Lucille, in August of 2013.

A Bible verse that was heavy on his heart during Amy’s pregnancy was Proverbs 20:7, “Blessed are the sons of a man who lives with integrity.”

“For me, who just became a father, I wanted to do the same things my father did,” Hundley says. “He lived with integrity and gave Jake and me a great chance to be blessed. Proverbs 20:7 is going to be a huge verse in my life.

“Christ has infiltrated my life, and I want that to continue on a daily basis, an hourly basis, every minute of the day.”

Teammate Chase Headley says, “I have known Nick for quite some time. We were drafted 10 picks apart and went through the minor leagues together. It has been fun to watch him grow in Christ. His walk with the Lord has become such a big priority in his life and the way he approaches his game.”

Hundley says he likes John 16:33 where Jesus says to His disciples, “I have told you these things, so that in Me you may have peace. In this world you will have trouble. But take heart! I have overcome the world.”

Hundley believes that the discovery of this key that helped him bounce back from the worst season of his life is important to talk about it, in hopes of helping others in their struggles.

“It is empowering to me that we serve a God Who has conquered this world and its sinful nature and also conquered the evil that exists, through the death and resurrection of His Son, Jesus Christ,” Hundley says. “Our Lord loves us unconditionally.

“It is really important as we walk with the Lord to not only live it, but talk about it; talk about how we struggle and what areas of our lives we need the Lord, just be real with people.”