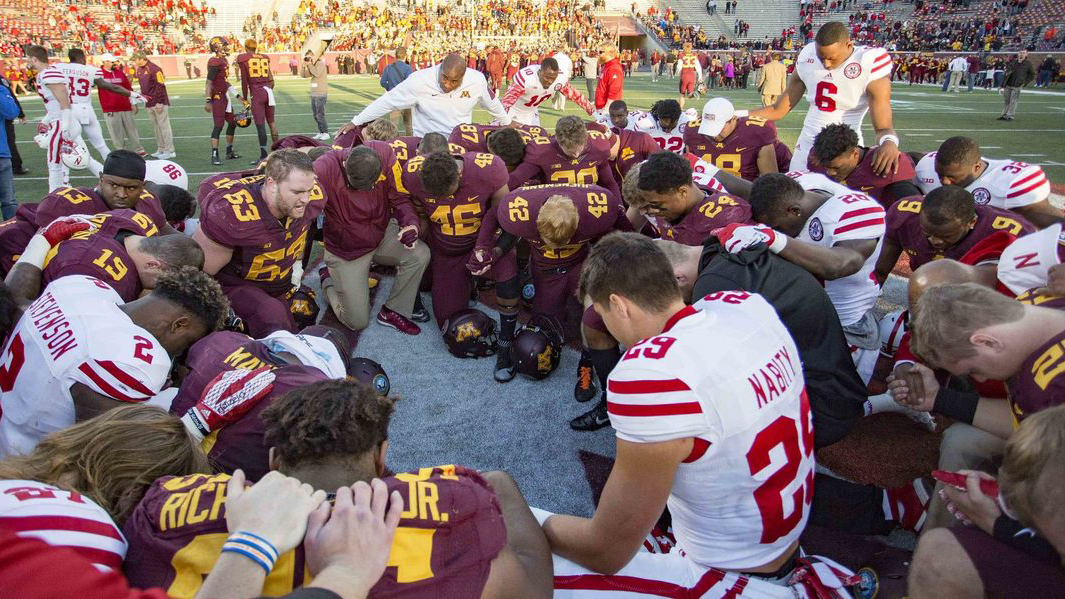 University of Minnesota football players huddled in prayer with opponents.

Are you part of a ministry that feels like a team with too many spectators and not enough players? A ministry to athletes in Minnesota could offer some tips to help bring people off the sidelines.

Luke Middendorf faced the uncomfortable reality in front of him. Most of the athletes he worked with were behaving like spectators.

As the team leader for Athletes in Action at the University of Minnesota, he wanted to see students stepping into leadership. Instead they were mostly just attending AIA events, taking the teaching, but not passing it on to others.

So in 2013, Luke and his staff team made a risky decision. They made radical changes to the playbook they had developed for their ministry over many years, and focused on returning to the simpler approach modeled by Jesus.

They focused on “making disciples who make disciples,” and saw incredible results. The group of 30 students involved three years ago has ballooned to 300.

How did they do it?

Events like large, weekly group meetings and team-specific Bible studies were contributing to the spectator culture, so Luke’s team cut them.

At first some students, content with the way things were, resisted. Some left for other groups. Luke’s team was discouraged, but they pressed ahead.

Tyler Hartman, a freshman football player who had just become a Christian, was among 30 students who stuck with AIA. He joined one of their new “discipleship groups.” These groups were built around three to eight students opening their lives to one another, and discussing how to apply biblical concepts, such as forgiveness, to their lives as college athletes.

Jesus’ 3-year ministry was filled with miracles and preaching to crowds, and yet His primary focus was on training a few, selected individuals. He expected these disciples to then repeat the process with others.

In AIA discipleship groups, Tyler and others received teaching, knowing they would eventually lead groups of their own.

Step 2: Committing to the Team

“I’ve chosen you guys to invest my time into, you’re the most important men in my week,” said Luke, scanning the eyes of the athletes in front of him. “That comes with expectations.”

This is the real deal, it’s serious, thought Tyler, as he and four other players listened to Luke.

Luke asked the men to prioritize group time, complete assigned challenges, and be ready to lead others when the time came.

Tyler could have been intimidated by the commitment Luke was asking him to make. Instead, he realized the opportunity he was being offered.

“I’m inviting you into a relationship,” Luke told him.

Their bond has lasted. “[Luke] stood in my wedding,” says Tyler. “He’s a brother to me.”

After 18 months of learning from Luke, Tyler was ready to step into leadership himself. In 2015, 70 football players expressed interest in discipleship. Tyler led 3 groups.

Simplicity has been vital in helping spectators become leaders. 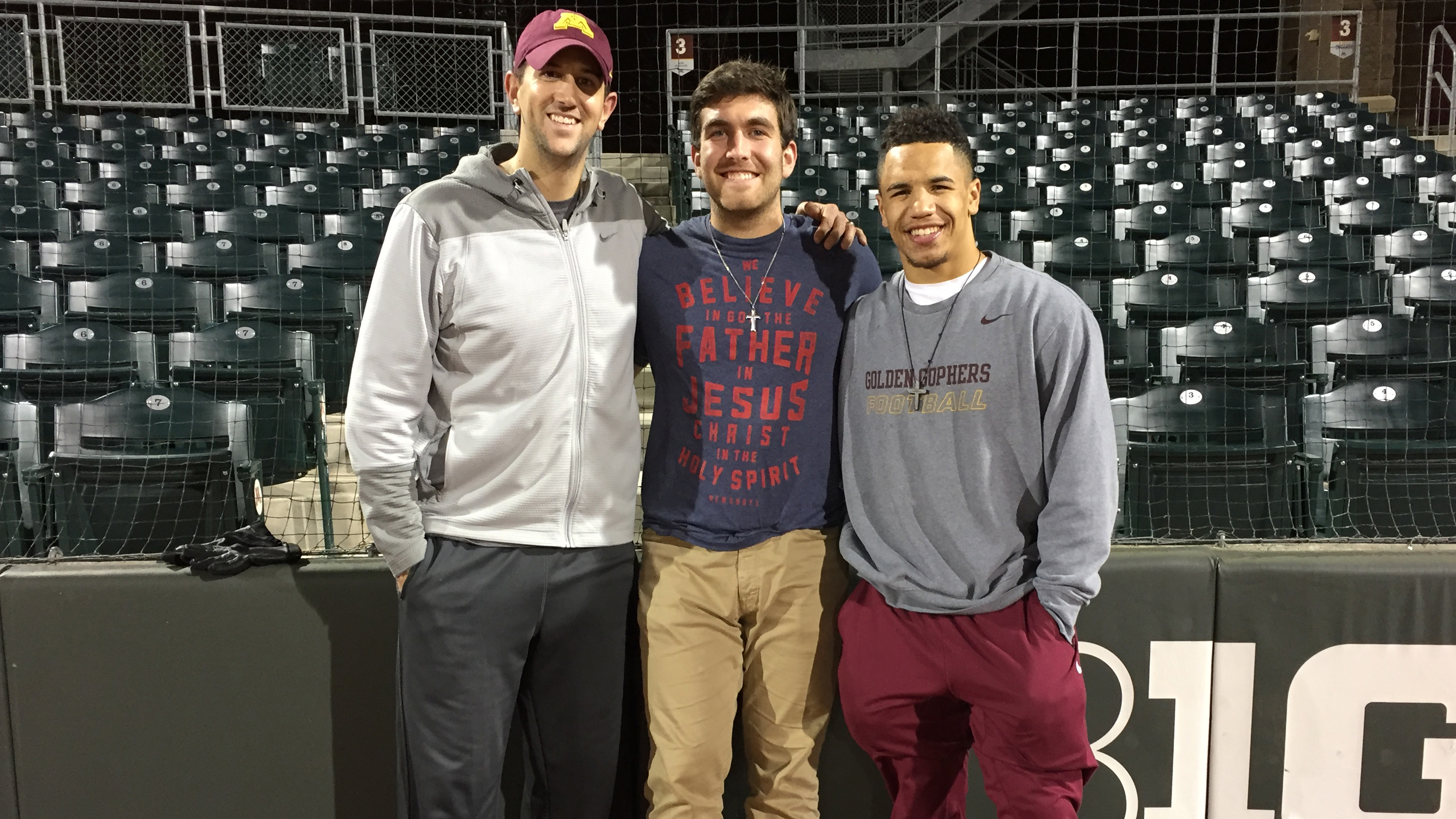 Luke (left), Tyler (center), and Jacob, one of Tyler’s disciples who now leads a group as well.

Luke and his team train students how to grow as believers and share their faith using the Knowing God Personally booklet, and easy-to-lead materials like Cru’s Life Concepts.

Student athletes like Tyler have fueled the explosive growth of AIA at Minnesota.

Jesus invites every one of His followers to participate in the mission He’s given us.

How Can You Help People Get in the Game?

God Made Me Hispanic. And It Was Good.