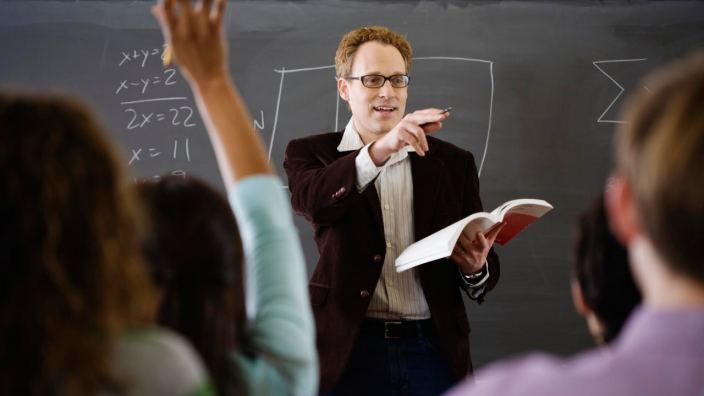 Have you heard of a professor who is a “spiritual atheist?” Sounds impossible, doesn’t it? Yet, one of them may be living in your neighborhood, or even attending your church.

In most academic circles, faith in God is frowned upon if not outright ridiculed. Only 1 percent of professors at our nation’s most elite universities describe themselves as born again.

Professors like Oxford’s Dr. Richard Dawkins are aggressive and influential in their efforts to stamp out religious belief worldwide.

Professors like Dawkins have an enormous influence on our culture at large, not to mention the students who sit in their classrooms. They control the cultural conversation on campus and are actively pushing the Christian point of view off campus.

But there is still that God-shaped hole in every human heart, including the hearts of atheist and agnostic professors.

These men and women work in extremely competitive environments, where success and continued employment require long hours away from home. They deal with loneliness, fear of failure and the broken relationships that result from work-aholic lifestyles. Illness, family bereavements, even empty successes, can turn them into spiritual seekers.

Though these professors have deep questions about the meaning and purpose of life, they work in an environment that strongly discourages pursuit of answers to big questions of life. There is no one they feel safe enough with to discuss spiritual questions.

Dr. Elaine Ecklund, sociologist at Rice University, studies the spiritual beliefs of faculty. Through surveys and in-depth interviews, she discovered that 20 percent of scientists who identify themselves as atheists are actually interested in spiritual things and may even attend church.

“One chemist I talked with does not believe in God,” Ecklund said. “Yet, she says she craves a sense of something beyond herself that provides a feeling of purpose and meaning and a moral compass.”

Faculty Commons looks for professors like the chemist to begin spiritual conversations.

To give these seekers a safe place to discuss spiritual issues, Faculty Commons offers small group studies around Tim Keller’s book “A Reason for God”.

“People have been traumatized by the unloving rhetoric of some Christians, and many have their defenses up,” said Faculty Commons staffer Dave Johnson. “Keller looks at all sides of the issue and gently encourages the reader to weigh what he has to say and come to their own conclusions. This helps a person relax and be more open to the insights and truths he shares.”

“Topics like ‘The Clues of God’, ‘The Problem of Sin’, and ‘The (True) Story of the Cross’ bring readers to a deeper understanding of God and what He offers us in a relationship with Jesus,” Johnson said.

Dave has hosted six “Reason For God” small group studies with more than 20 professors attending. During these studies, he has heard professors say they thought they would hate the book but were won over by Keller’s open approach and solid reasoning.

What about the spiritual atheists in your neighborhood or even in your church?

Keller has put together a low-key, easy-to-use video series to help you lead a small group through the major questions spiritual seekers have about faith in Jesus. By putting on a pot of coffee and plugging in a DVD, you too can help a spiritual seeker find – in Jesus – the sense of purpose and meaning in life that they crave.