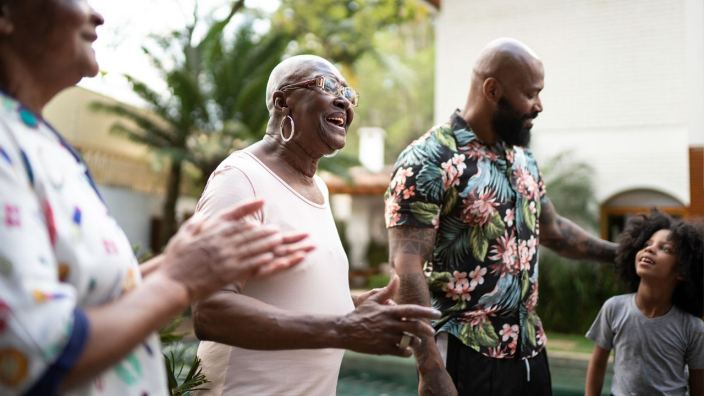 How Juneteenth Helps You See God

I can still remember the feel of my Georgia summers. The smell of juicy burgers cooking on charcoal grills. The ringing bell from the ice cream truck enticing brown-skinned kids like me to spend their piggy bank coins. Weekend cookouts entwined with ’80s soul music and R&B gave my family and my community time to rest, relax and just enjoy one another.

Summer offered me a respite from my textbooks and teachers. It also held a significant day — Juneteenth — a day some beyond the black community may not realize exists.

Juneteenth, a shortened version of “June Nineteenth,” is a holiday that celebrates the end of slavery in America. Known also as Freedom Day and Emancipation Day, Juneteenth was initially observed on June 19, 1865, when Union soldiers arrived in Galveston, Texas. There, they told enslaved African Americans the Civil War was finished and they were free.

The Emancipation Proclamation, issued on Jan. 1, 1863, freed enslaved African Americans in the Southern states. But sadly, that news arrived nearly two years later in Galveston, located on the far western edges of the Confederacy.

Juneteenth celebrations give space for the African American community to remember and honor the difficult journey from those years of enslavement to the present day.

America’s relationship with the chattel slavery system brought African people to the developing nation and held them in bondage for 250 years.

The Confederacy’s surrender to the Union on April 9, 1865, ended the country’s bloody four-year war over the Southern states’ secession. And the 13th Amendment to the U.S. Constitution, ratified Dec. 6, 1865, abolished slavery nationwide.

But African Americans received deep and painful wounds as a result of slavery — wounds caused by the system’s layers of intense physical, emotional and psychological trauma. The inhumane practice also damaged the community’s relationships, as marriages and family units were constantly torn apart when human beings were sold and exploited.

The effects of those wounds continue today and require the healing balm that only the gospel of Jesus Christ can provide.

Made in His Image

The human dignity of enslaved Africans was silenced while their personal freedoms were destroyed. They were forced into physical bondage — a soul-stealing experience that gutted their hopes and produced generational trauma that is still being felt in the African American community today.

These enslaved men, women and children who were sold in the transatlantic slave trade were made in the image of God — the Imago Dei.

These enslaved men, women and children who were sold in the transatlantic slave trade were made in the image of God — the Imago Dei.

They were created in His likeness. Given significance by Him. Honored with the gift and dignity of life from Him in the same way all human beings made in the image of God are.

Juneteenth stands to remind our nation that though the African American experience includes the brutal chains of slavery, emancipation did come, and it broke those physical shackles free.

God cares for the oppressed, the hurting and the abused. God’s compassion and action to deliver and restore people physically and spirtually is shown in biblical examples, from the 400 years of slavery the children of Israel endured in the Old Testament to the treatment of the Greek widows in the New Testament.

In His Son, Jesus, God gave the world an eternal emancipator. Jesus is the Savior whose life, death, burial and resurrection ushered in a spiritual movement that provides spiritual emancipation from the bondage of sin and the fear of death for anyone who would believe in Him.

In our stories, God shows up and offers redemption and resurrection through His love and deep compassion for us.

As you engage with your story, by God’s grace, you can build the capacity to lean into the stories of others, seeing and understanding so you can engage in this world and intentionally look for the Imago Dei in other people.

Juneteenth helps us to celebrate the beauty of the Imago Dei in the African American experience. Continue growing in your understanding of this cultural tradition by checking out local Juneteenth events in your city. Experience these times in community with friends so you can share what you’re learning and how it’s deepening your cultural intelligence.

Suffering is an undeniable reality, but it is not the ultimate reality for those who know God. But how do we know God cares and that He has a plan to end suffering?