How To Read the Bible

A different way of chewing over God's word 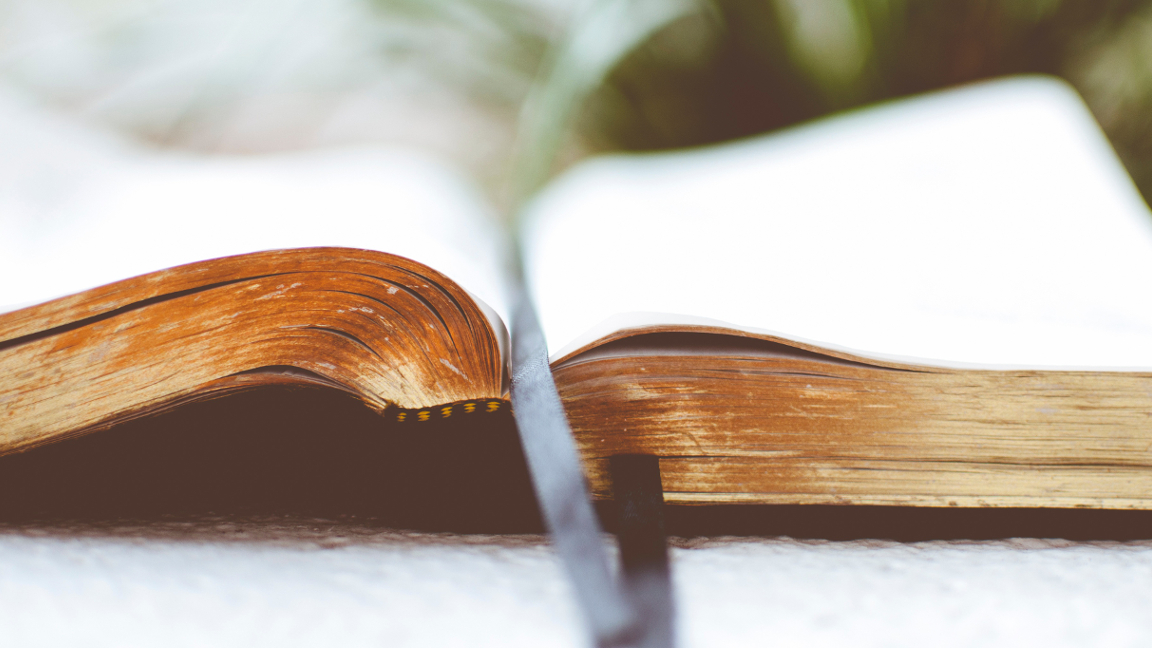 I love Korean food. So for my birthday, I invited a group of friends to a Korean restaurant. I ordered last, wavering between all the delicious options.

But imagine if when the kitchen turned out my food, I promptly gave the dish to one of my friends and I never actually ate anything.

Often, that’s how I study the Bible -- I don’t. I let other people chew it over for me.

I’ll allow well-recognized theologians to fill my bookshelf, or listen to a great sermon on Sunday, explaining what the Bible can mean for my life and how I can grow from it. But I don’t spend time studying.

By simply ingesting information about God and the Bible, I have negated the fact that the Holy Spirit wants to speak to me directly. Besides, there’s something rewarding about the search itself.

Hebrews 4:12 says, “For the word of God is living and active and sharper than any two-edged sword, and piercing as far as the division of soul and spirit, of both joints and marrow, and able to judge the thoughts and intentions of the heart.” Which means, it’s not merely a history book or a textbook, but living, breathing, and, amazingly, applicable to me.

When I joined the staff of Cru, I was required to attend a Bible study methods class. I learned to look for the following 4 items in order to absorb Scripture in a new way: fallen condition, redemptive solution, theological big idea and response.

Let’s study a passage together. I chose the familiar story about a shepherd named David, found in 1 Samuel 17. He bravely accepts the challenge of Goliath and slays him with a stone to the forehead.

Finding what the fallen condition is was entirely new for me. Usually I read stories looking for the hero, wanting to know whose team I should be rooting for.

Instead, this step challenged me to seek where the passage reveals human nature in deep need of redemption. Basically, where people like me mess up. When looking for the fallen condition, consider how the passage exposes aspects of brokenness.

In 1 Samuel 17:10,11 I read, “Again the Philistine said, ‘I defy the ranks of Israel this day; give me a man that we may fight together.’ When Saul and all Israel heard these words of the Philistine, they were dismayed and greatly afraid.”

Here, the Israelites display the fallen condition. They looked among their own army and, seeing no savior, gave up. They doubted God’s ability to rescue them.

Second, I looked for the redemptive solution. Redemption is the act of saving from evil. What or who has saved me from the evil of the fallen condition?

The redemptive solution is more specific than just answering “God” -- it’s how the Bible passage reveals God’s nature and attributes that He uses to demonstrate undeserved favor, or grace.

Here, the cowering Israelites are saved by David. The redemptive solution is revealed in the unlikely young shepherd -- the one trusting in the knowledge of God’s power.

“Then David said to the Philistine, ‘You come to me with a sword, a spear, and a javelin, but I come to you in the name of the LORD of hosts, the God of the armies of Israel, whom you have taunted. This day the LORD will deliver you up into my hands, and I will strike you down and remove your head from you” (1 Samuel 17: 45,46).

David reveals the redemptive solution through his war cry: that God has claimed victory for the Israelites, despite their total lack of faith.

So far, this study has produced a better understanding of the historical context that affected the Israelites. This is usually where I’m tempted to stop, reading the passage like a bedtime story: problem, solution, the end, fall asleep.

But if the Word is living, then this text is important to me now, somehow, thousands of years later.

The 3rd search in my study is for the theological big idea. For this, I need to identify the nature of God’s saving work as a whole, toward all people.

I’m looking for the center of a scriptural Venn diagram, where the bigger picture of who God is overlaps with the little picture of my passage. This is the part that forces me to think about God and not just me, and it often requires reading context around my specific verses.

In 1 Samuel, I see that God is trustworthy and protects the Israelites, despite their non-belief in His power to save: “Thus David prevailed over the Philistine with a sling and a stone, and he struck the Philistine and killed him” (1 Samuel 17:50).

This theological big idea shows me that my personal understanding of God does not limit who He is or what He is capable of. I am beginning to see the real hero, the One who has redeemed me forever.

The last, and continual, step of this study is to respond. There are different ways to respond to the Bible: acting on something God has impressed upon my mind, like recognizing the need to confess or resolve conflict. Or sometimes I’m given a hunger for more information -- in which case, I study on.

After studying 1 Samuel 17, my response is to pray for more awareness. Although not an Israelite, I am prone to admitting defeat instead of embracing a radical, faithful trust in God. I doubt God’s provision, protection and victory in my life.

My response? I’ve begun to pray that in each of these moments, God would catch my thoughts and show me where I am lacking.

I will always fight to see the Bible as alive. Like my food, I have to go through the effort of ordering and eating, but it is worth it.

I can take the living Word into my own hands, and, as Psalm 34:8 says, “Taste and see that the LORD is good.”

Teaching Lesson: Walking in the Spirit