An adventurous team spreads the gospel in Eastern Europe. 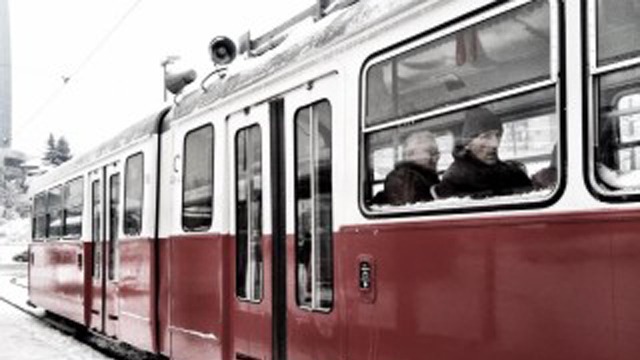 “It has always been my ambition to preach the gospel where Christ was not known, so that I would not be building on someone else's foundation,” wrote the Apostle Paul to the church in Rome.

Cru identified 311 cities in Eastern Europe and Russia with major populations of students, and could only find active movements for Christ in 89 of them.

They set themselves the ambitious goal of seeking to launch a ministry in the remaining 220 by 2020.

Cru increasingly sees the dependence on staff members to open new locations as the glass ceiling on efforts to reach the unreached.

In September 2013 two Expedition Teams, named Alpha and Bravo, were tasked with helping to launch movements in 8 new cities each in one academic year.

Rather than establishing ministries built around staff, the idea was to locate key volunteers in each city within 3-4 weeks. Students, faculty and local church volunteers with a burden to see a movement raised up for Christ are connected with Cru coaches in that country, and the Expedition Team moves on to another city.

The goal is to establish truly student led movements, which can’t become overly dependent on Cru staff, because there may never be enough staff for the scale of the task.

Team Alpha is comprised of Americans. Team Bravo is entirely Eastern Europeans, especially exciting for staff member Bill Babione who says that sending in their region is still at a very early stage.

It takes a special blend of qualities to make someone suitable for an Expedition Team.

Bill says, “We were looking for people who have a burden for pioneering and with the cross-cultural skills to handle very complex and challenging environments, because there’s a lot of that.”

On the Road with Team Alpha

Ross, who has served as a Cru staff member in the U.S. and overseas, leads Team Alpha.

Ross recalls the excitement as the teams set out for their first cities in the Ukraine, “We chose an overnight train because we were so excited at the beginning of the expedition. Our living situation was pretty rough; the girls had a couch to share, the guys had a bed and another couch. We were living with an elderly gentleman who didn’t speak any English. At the time we just thought it was all awesome.”

However a trip like this doesn’t come without stress, “Simple things like buses that don’t come or schedules you don’t understand require patience,” observes Ross. “You don’t have time to really adapt to any of the cultures because you’re in a new one a month later.”

The early signs are good for the Expedition Teams. Key volunteers have been found in every city visited so far and several students have become Christians. In their second city, Team Alpha also saw a man who had simply agreed to act as their translator in a meeting become a believer.

Ross says, “to a certain extent we feel like spiritual tourists, traveling around seeing what’s already happening and connecting that with what’s happening in other places.”

This is not tourism by any normal definition. The Expedition Teams are young people with a passion to see students in some of the most unreached areas discover Jesus and the Great Commission for themselves.

Team Alpha is now in their third location; check back for updates on the expeditions.

Find out more about the Expedition Teams.