From Political to Spiritual Freedom 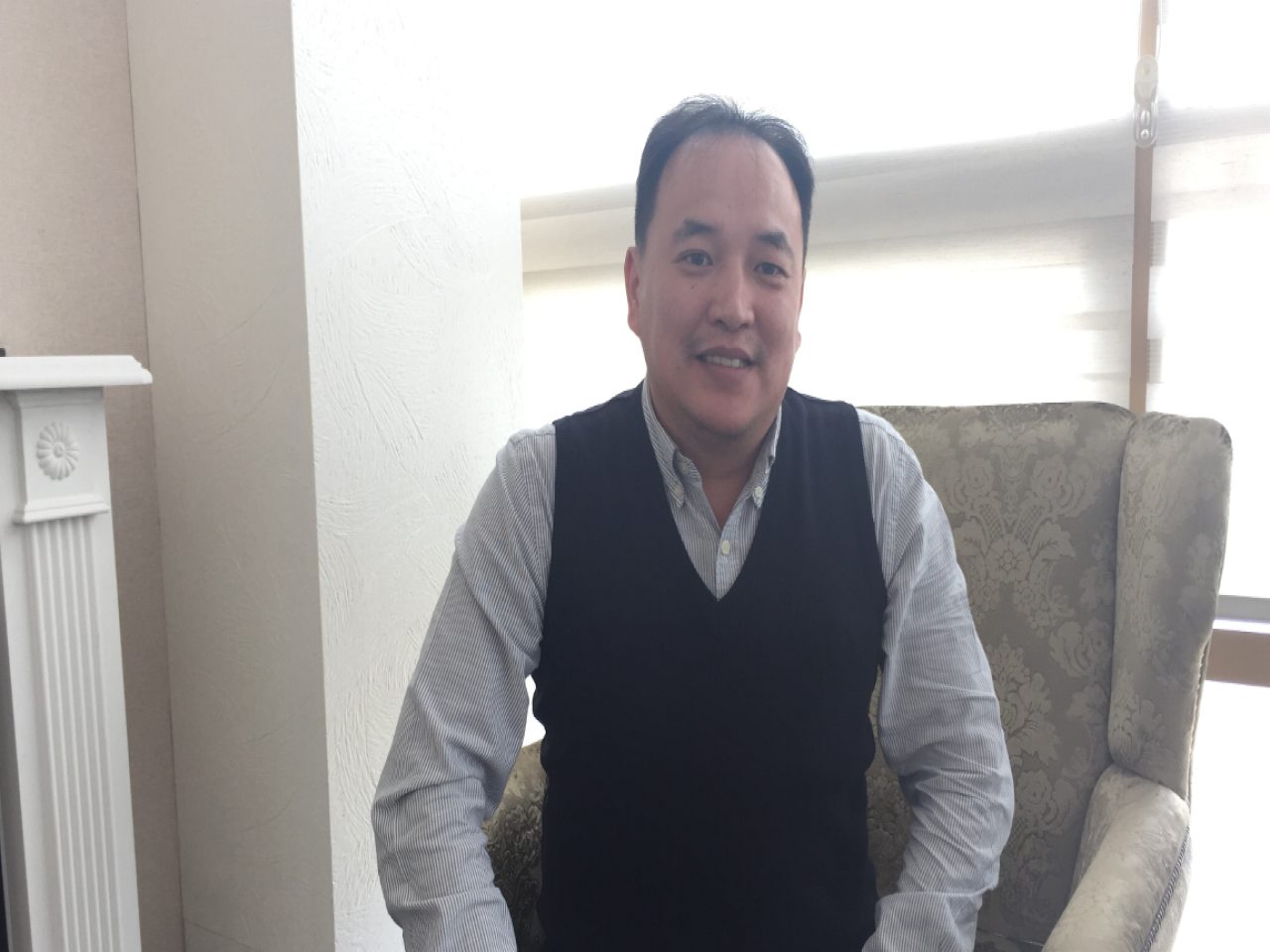 When he was young, Batdorj Juvaa liked to draw pictures. Growing up in communist Mongolia, Batdorj once drew a sketch of Lenin and proudly showed it to his father. His dad, leader of the Communist Trade Union, was horrified.

"You must not draw this!" Juvaa exclaimed. "You'll never make it good enough." Even in their home, Juvaa feared his superiors.

Mongolia became locked in the strong arms of Soviet communism in 1921. Missionaries were expelled, and the small country fast became known as one of the most spiritually closed countries on earth.

Ironically, there are traces of Christianity within Mongolia's history. Missionaries, many from Europe, visited centuries before communism but saw few converts, if any. In the 13th century, the grandson of Genghis Khan (the famed Mongol who conquered half the world) wanted to make Christianity the official religion of Mongolia. Kublai Khan asked the Pope to send 100 Christian teachers. They never showed.

The desire for Christian leadership is still strong today. But the people have had to wait.

The young Batdorj (or Bataa, as he is called by friends) was born to lead: His name means "strong" in both Mongolian and Tibetan. He first heard about the Christian faith from a high-school teacher, who told of a religion based on a black book. "It is a book of horror," she said of the Bible. "It will attract you and addict you in a magical way." Bataa was curious to find out more -- a nearly impossible quest under communism.

When the communists took over, they declared religion forbidden. Even Buddhism, Mongolia's most dominant faith, was suppressed. But in the late 1980s, the unthinkable happened: Russia, the birthplace of communism, embraced a more democratic form of government. Mongolia followed suit on March 11, 1990, with a peaceful revolution.

It wasn't good news for everyone. That week, Bataa's father came home drunk and in tears. A terse note had been tacked to the door of the Trade Union: "Go away, Communist." It was the first time Bataa had seen his father cry. As the revolution continued, stress weighed on Juvaa like an anvil. "Day by day, my dad became very weak," says Bataa. Within a month, his father's black hair had turned gray.

Life was not all anxiety under this time of transition. One day, Bataa's father brought home a surprise -- a kung fu movie from China -- and he had borrowed the Trade Union's VCR so they could watch the film. "We viewed it 10, maybe even 100 times," says Bataa. It was the first VCR Bataa had ever seen.

Later, Bataa accidentally broke it. Afraid of his father's reaction, Bataa prayed to a Buddhist picture, contraband that his mom had kept during communist times. "I asked the ugly idol to help me," says Bataa. "It was my first experience of acknowledging something bigger than myself." Bataa remembers that sense of spiritual desperation.

The people of Mongolia were desperate too. The transition to capitalism had shocked the country. Work became scarce, and those used to government handouts now scrambled to survive.

People waited in enormous lines for what little food remained. Life was hard and people suffered. But because of communism's collapse, religion returned to Mongolia. Buddhism resurfaced and Christianity was reborn.

Approaching 1990, there were reportedly less than five Christian believers in Mongolia. However, a missionary from England released the New Testament in the Mongolian language in 1990. Though a handful of churches soon appeared, the gatherings were fearful because no government policy toward religion had yet been formed.

During the winter of 1991-92, a constitutional delegation met in Ulaanbaatar, capital of Mongolia and home to Bataa. The committee deliberated over the issue of religion.

At that time, a group of American Christians invited the delegates to attend a showing of the JESUS film, a movie portraying the life of Christ according to the Gospel of Luke. Desiring to understand other world religions, many attended. Later, the committee unanimously voted in favor of religious freedom.

One day in March 1993, Bataa's high-school friends invited him to enjoy another import of freedom -- a pornographic theater. When the trio arrived, the theater was closed. They noticed several youths their age swarming into a nearby building. So they followed.

The nearly 400-person gathering was a Christian church. Bataa and his friends laughed at how the people sang songs -- closing their eyes, raising their hands. "A lot of things were unusual," says Bataa. But when the church sang Amazing Grace in his native tongue, Bataa was struck with awe and reverence. There was something to this.

A week later, Bataa and his friends got drunk. It was March 18, and they were celebrating an army holiday. Then, on a TV monitor, the pastor from the church appeared. "While many celebrate this day with drinking," the pastor said, "we Christians celebrate it with worshipful songs." Bataa suddenly felt out of place.

The next week, he and his friends were back in church. A short time later his friends became followers of Jesus. Within a few months Bataa was one too. The next summer Bataa's pastor invited him on a mission trip with the group that later became Cru. He accepted.

In Mongolia, the Christian church was beginning to thrive. Attendance swelled with young people -- especially those hungry to experience anything from the West. Meanwhile, teams fanned the rest of Mongolia to show the JESUS film. Christianity was like a small revolution.

"It was the Lord's time for Mongolia," says Warren Willis, former director of Cru's work in Mongolia. "The Mongols believed in the God of the Blue Sky; they just did not know who the Creator of it was."

Many challenges lay ahead. "It's all about leadership now," says Floyd Sebald, who succeeded Warren as director in 2000. They are trusting God to develop young Mongolians like Bataa into spiritual leaders.

Bataa's 1993 mission trip in the countryside jarred his faith to action.

One day, as the group relaxed near the Delger River, Bataa decided to swim across. Bataa, 18 years old and weighing only 100 pounds at the time, wasn't much of a swimmer and he began to sink. The current swept him downriver. With what strength he had left, Bataa cried out to God for help, praying in both Mongolian and English.

Then a hand gripped him. It was Chad Peterson, one of the Americans who joined the trip.

On shore, Chad and others rolled Bataa on his side. He had swallowed a lot of water, but eventually he was breathing. "God, You saved my soul as well as my physical body," Bataa later prayed. "If You want me to serve You, I'm ready."

Bataa still wears a reminder from the trip -- a weathered Casio watch, a gift from one of the Americans. Sometime after the trip, in 1995, Andrew Douglass, a Cru staff member, began mentoring Bataa. Together they pioneered a student group among the college campuses.

Today, as director of that campus ministry, the 28-year-old Bataa mentors a team of 12 Mongolian staff members who work with the more than 55,000 college students living in Ulaanbaatar.

On one weeknight, Bataa addresses a group of 20 students gathered in Cru's "student union" -- a three-room apartment that serves as a hub for leadership and spiritual development.

Beneath the glare of a dangling light bulb, Bataa teaches techniques on how to study the Bible. With each point, he scans the room, careful to connect the message with each person. Most of them Bataa knows individually. "He can build a good relationship with anyone," says fellow staff member Odsuren Lkhagvasuren, 22.

Bataa often goes on the campus of National University to meet students. The drab campus in downtown Ulaanbaatar borders the bustling street. A statue of the communist leader Choibalsan stands out front -- communism still influences today's Mongolian society. Yet so does the rest of the world.

In the past 13 years, the capital of Ulaanbaatar has changed dramatically. Now everyone seems to carry a cell phone -- a downtown billboard boasts 30 cell towers. Food is plentiful, with a variety of upscale cuisine, including Thai and Italian. Department stores sell furniture and appliances. SUVs ramble through the streets -- sometimes even the occasional Hummer.

But Christ hasn't been lost in the shiny glimmer of capitalism. The average Mongol is surprisingly open to spiritual things.

According to Floyd Sebald, 30 to 60 percent express initial interest in Christ when given the opportunity. Mongolia is home to around 20,000 Christians, and while that is less than 1 percent of the population, there are known believers in every province.

Bataa is just one of hundreds of strong Christian leaders now found in Mongolia. The country can always use more, and for this they continue to pray. But their wait for spiritual leaders is over.

An Artistic Approach to the Gospel

After years of being miserable a musician accepts Christ through Cru in Mongolia and commits to telling other musicians that there is no loneliness in God’s presence.