When salvation invades the classroom 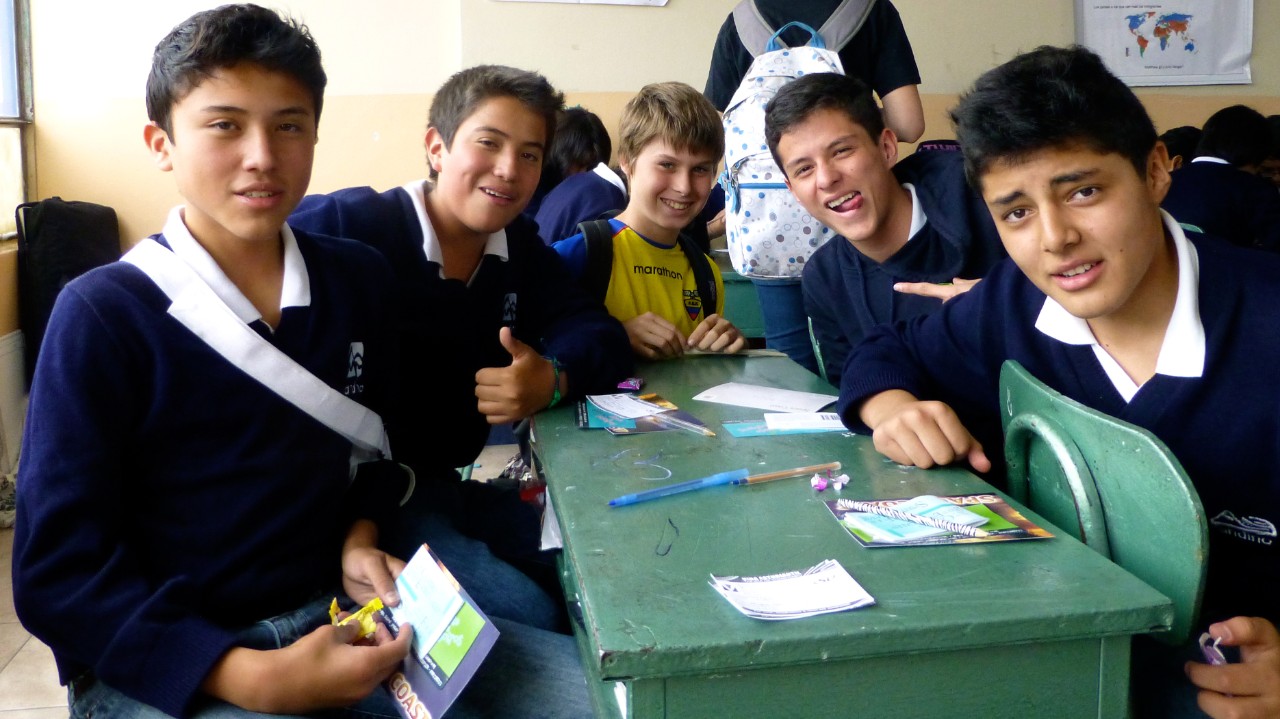 Students at a private, non-Christian school in Quito, Ecuador were able to hear the story of Jesus from Cru’s high school students. Featured is Danny Ehrhart (center) with several students who were witnessed to during the trip. -Photo by Tim Ehrhart

ECUADOR – Standing in a school in Quito, Tim Ehrhart listened as his team of 10 Orlando and Denver high school students on spring break told the story of Jesus to an entire classroom.

In March 2013, the students had open doors to the private, non-Christian school to explain the gospel to each teenager.

“It was surreal to be invited to share testimonies, give clear gospel presentations on the blackboard, invite students to pray and collect comment cards where they could indicate their decision and interest in getting involved in Cru at their school – during school hours,” Tim said.

After speaking, the high school students broke into small groups for questions and discussion. Tim noticed four young men who had not yet gathered, so he and his sixth-grade son, Danny, sat down with them around one of the room’s green desks.

“We had a great conversation,” Tim said. “All four of those kids prayed to receive Christ and my son got to witness this.”

Throughout the week in Ecuador, Tim and his team told nearly 1,000 students about Jesus and 153 indicated they chose to follow Him.

“Thank you,” a teacher who had given up class time for the team’s presentation said. “This was far more important than another English or History lesson.”