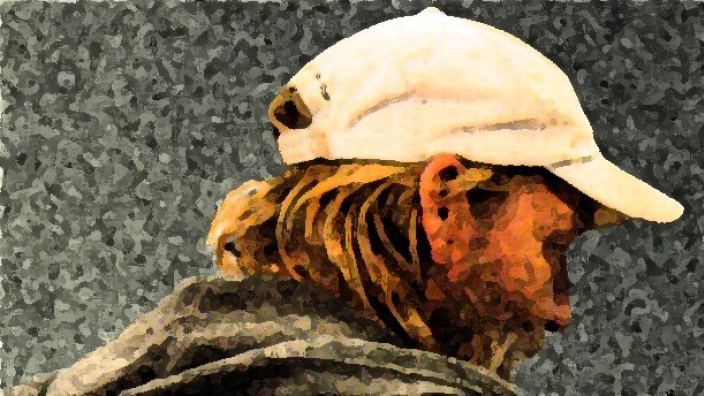 Einstein once mused, "If I had an hour to solve a problem and my life depended on it, I would use the first 55 minutes determining the proper question to ask, for once I know the proper question, I could solve the problem in less than five minutes." The questions we ask reveal much about our perspective. They also bear importance, for by them we may find illumination for our way.

In the story of the Good Samaritan in Luke 10:25-37, a lawyer approached Jesus and asked what he must do to gain eternal life. Jesus responded by appealing to what this expert knew best: the law. Indeed, the lawyer answered correctly: "You shall love the LORD your God with all your heart, and with all your soul, and with all your strength, and with all your mind; and love your neighbor as yourself." As he quoted the law, however, he realized the impossibility of meeting such standards.

But wishing to justify himself, he asked Jesus, "And who is my neighbor?"

I can sympathize. How many times have I found myself in a situation where I, confronted with my own imperfection, sought to excuse myself? Still today, upon hearing the command, "Love your neighbor as yourself," Christians predictably ask the exact same question: "Who is my neighbor?"

If I had to guess, I would say this man was probably looking for Jesus to tell him, "Your neighbors are your friends and family." Maybe today we would expect to hear that our neighbors are our relatives, co-workers, friends, or peers with whom we volunteer in various community organizations. People we like to love. People with whom we choose to associate. People who are like us.

Jesus replied by telling the familiar story about a man who was beaten, stripped, robbed, and left for dead on his way to Jericho from Jerusalem. He told of a priest and a Levite who both chose to ignore the man. But Jesus continued on to reveal that a certain Samaritan came along and helped the man.

Now, the Jews hated the Samaritans even more than they hated the Roman conquerors. They saw Samaritans as half-breeds, as unclean people. The relationship between Jews and Samaritans was one of hostility; therefore, a Samaritan may have been least likely to help a Jew. Yet, in Jesus' parable, that is exactly what happened. Jesus expressed that, inwardly, the Samaritan "felt compassion." Yet his response did not end with mere emotional sympathy. The Samaritan applied ointment, bandaged the wounds, used his own animal to transport the man to an inn, and his own money to purchase lodging for the man. He then promised to return with payment for any additional costs incurred.

Were the priest and Levite wrong to ignore the man? Some might say, "No: They did not leave him any worse off than he already was when they found him." But James' words indict them. "To the one who knows the right thing to do and does not do it, to him it is sin" (James 4:17).

Rather than providing a simplistic definition of "neighbor," Jesus took the conversation to a higher plane. He asked the man, "Which of these three do you think proved to be a neighbor to the man who fell into the robbers' hands?" The answer, of course, was "the one who showed mercy."

The Samaritan. The one whom Jewish society would have regarded as least responsible for the welfare of a Jew.

Jesus commissioned the man in kind: "Go and do the same."

Jesus' answer shows me that instead of seeking to justify myself by limiting the number of people I am responsible to love the way I love myself, I should seek to love as many as possible by expanding my perspective to see those along my path who have needs.

If salvation were up to me, I wouldn't stand a chance. I don't love God perfectly, and I certainly don't love my neighbor perfectly. But in the love of Christ, and in the power of the Holy Spirit, I am equipped to "go and do the same."

So maybe the right question is: Is there anyone — perhaps an individual or a particular people group — for whom God is urging you to "go and do the same"?

Kimberly Danneker serves the inner city as the Special Projects and Strategic Initiatives Lead with Cru in the Twins Cities.

Help reach inner-city children and their families this Easter season with the proven-effective Easter Bag outreach! Click here to donate.

A Step and a Foot in the Door

Receive the Creating Options Together™ Email