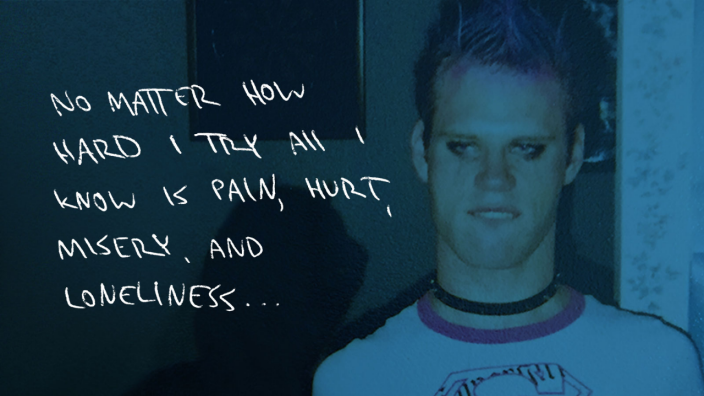 His senior year of high school, Casey Cashen crafted a tulip out of wire and felt. It took hours. He tied it to a card and carefully sorted Skittles (just the orange and red ones—her favorites) for one of the most popular girls at school. Then he slipped them into a bag and attached them to his gift.

The next day was Valentine’s day. Hopes up, he courageously gave it to her.

Later, in her classroom, he found his Skittles in the trash. Curious, he looked further.

What he found was horrifying, and this discovery would lead him down a dangerous path.

Casey had already had a rough childhood. His father left when he was 4 years old and he was sexually abused by a cousin. 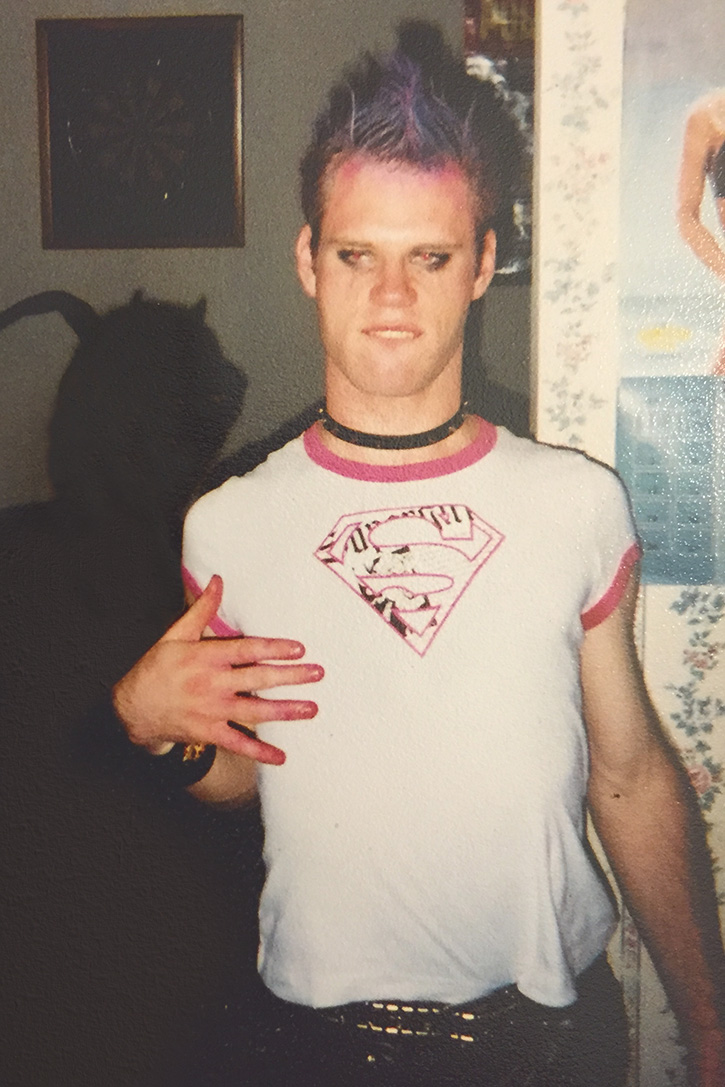 In a playground as other kids were playing, Casey would play by himself, wandering around, playing with a stick, pretending to be wizard.

While everyone else seemed to be happily connecting, Casey felt odd, different.

This lead to intense bullying in middle school. One boy would regularly punch him in the face. Every single day, Casey made it his goal to avoid him. It didn’t always work, and one day the boy threw him down a set of stairs.

“I would try to talk to people and make friends,” says Casey, “but they would just laugh at me and make fun of me.

Rejected for so long and so harshly, Casey felt like an animal. Anything he was good at, he jettisoned so as not to draw attention. He was a fast runner, but he didn’t go out for track.

Church was no better. Casey learned that if you are rich that’s because God loves you and is blessing you, if you’re poor, well… you’re like Casey. The pastor refused to let his own son play with Casey and his brother Kyle. The message was clear: They were trash.

As Casey began high school, he began hearing whispers, “If the light rejects you, come to the darkness.” A gifted writer, Casey’s journal grew disturbing and dark. A murderous hunger arose within as he wrote down horrible fantasies. 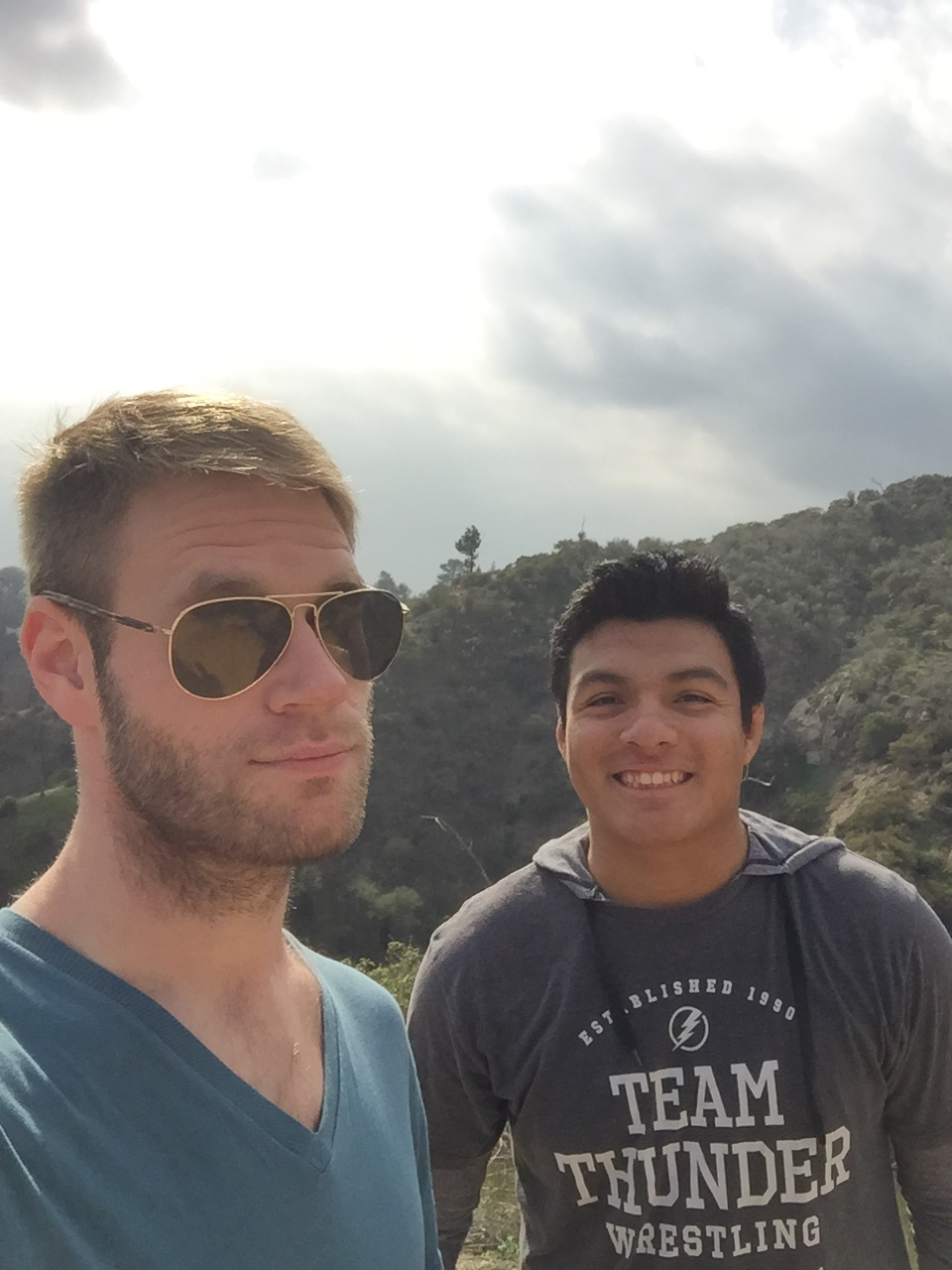 With no one to tell him he was lovable, Casey sought acceptance in the darkness.

He began talking with demons.

By Casey’s senior year of high school, he was in a bad place.

Casey describes what he found on Valentine’s day: “I saw the card and the flower and somehow she’d ripped the flower in two and turned part of it into a dagger (which actually took a lot of effort). She stabbed it through the middle of the card and wrote ‘Die Freak’ on the card.”

At the end of the day, he cried himself to sleep.

Waking up at 2 or 3 am, he went to the kitchen and found what he wanted. Then Casey went and sat in his bathroom.

He held the butcher’s knife. It’d be easy.

"I have nothing to look forward to, no one cares for me, no one loves me," thought Casey. "No matter how hard I try, all I know is pain, hurt, misery and loneliness. Give me one reason I shouldn’t kill myself."

At that moment Casey heard a voice that said, “Don’t do this. For I have plans for you,” and he put the knife away. But life didn’t change immediately.

When he graduated from high school, he found acceptance in the form of a group of under-age kids who wanted him to buy them alcohol. His life continued to spiral.

About this time Casey’s brother, Kyle, and Hung Thach, with Student Venture (now called the high school ministry of Cru) began asking him to come to their meetings.

Casey refused Hung’s invitations for months, but he and Hung were both avid video game players, and there they found common ground.

Week after week, Hung would hang out in Casey’s oppressively dark room.

Finally Casey went to a Student Venture meeting. The speaker that night was a plumber, who told a story about being called to home where the septic system had exploded. He then tied the metaphor to the story of Jesus’ wading through our filth to embrace us. Casey couldn’t believe it. 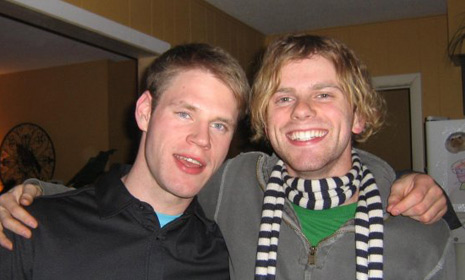 Is this real? thought Casey, Is this true? Could Jesus love someone like me? I’m an evil person.

Up to this point, Casey didn’t really know there was any other option.

He was OK with going to hell.

But now he thought, Man if this is true, that Jesus could love an evil person like me, I would give my life to him.

“It was in that moment that I was a different person.”

Casey volunteered closely with Hung for the next 10 years, even working at a suicide prevention hotline.

One day, Casey and Hung went out for lunch. There Hung informed Casey that he was moving to LA to minister to kids who had nothing.

“You should probably pray about that,” said Hung.

Now Casey works in Compton and the lower-income districts around LA. His uniqueness attracts individuals rather than detracting from the gospel.

“I grew up in a single parent home, poor, in abusive situations where I had no hope, and I had no future,” says Casey. “I was always told, ‘You’ll never amount to anything, you’re trash, you have nothing, nothing going for you. [I’m] just like these kids but my skin color’s different.”

Six years after high school, Casey took the initiative to find the girl who had recrafted his valentine gift. He shared how God had changed him. Casey apologized for being a crazy person in high school, and she responded, “Oh you don’t have to apologize at all. In fact, I should apologize to you because I didn’t treat you well at all. I am so sorry.”

Seeing her multiple times around town, he remembers chatting with her a year before leaving for California.

“Last time I saw her she said, ‘Casey, after high school, out of every person that I’ve seen since high school, you’re actually the only person I look forward to talking to. I always enjoy our conversations and it’s cool to see what God’s done in your life.’”

Are you struggling with being bullied? See also:

[Author’s note: I got to serve with Casey for 6 years in high school ministry. I can’t think of anyone who was more willing to take risk or to go to intimidating lunch rooms and engage with kids. Writing up this story has made me wonder again why Casey is this way. I think a piece of it might be that he knew what he was rescued from. And being rescued, his desire to know God was unfettered. He was always reading God’s Word like a personal love-letter to him, which it is. He even went so far as to attempt memorizing Psalm 119. I’m not sure if he succeeded with that one. Casey is no human hero, but he’s God’s hero, and he’d love it if this article encourages you to take risks. Ask where God wants to guide you into people’s lives go for it. It’s worth it.]

Why This Coach Takes Students To The Cemetery

How to help your child trust