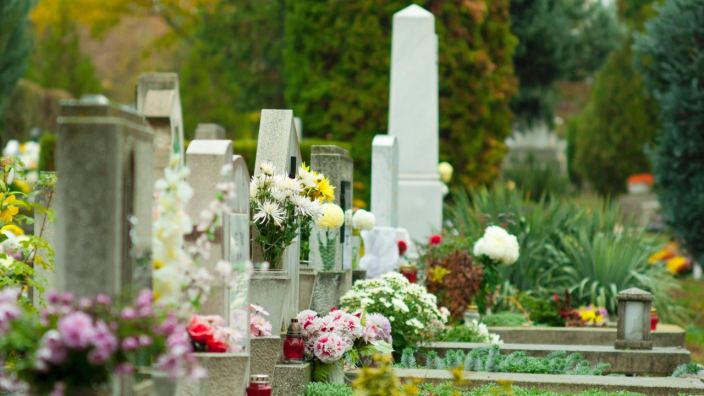 Why This Coach Takes Students To The Cemetery

The white 15-passenger bus with Wake Christian Academy written in black letters on the side pulled into the driveway.

“Coach – what are we doing here?” one of the students asked. “This is a cemetery!”

“I know, guys,” basketball coach Vince Purpero responded, “I have a lesson for you to learn.”

He asked them to pair up or get in groups of three and go around the cemetery and observe the stones. He wanted them to gather information about the sizes of the stones and the dates on them. He also told them to look for anything significant.

So off they went to complete their assignment and brave the brisk winter weather in Raleigh.

They returned about 20 minutes later and talked about things they had noticed.

Some really big tombstones and some smaller ones.

People who had died in the war.

Families buried all together.

Tombstones of people who lived to be 100 years old.

Children who had died.

A spouse that had died and another one who is still alive.

Then Coach P reminded them what the Bible said about keeping an eternal perspective. He handed out a pamphlet with some verses and read:

And then he explained the Scripture, about storing up treasures in heaven (Matthew 6:19-21). To drive home the point even further, he read some local Raleigh obituaries from that week including their names and ages.

Then he pulled out a long rope that reached from the front to the back of the bus and he talked about tombstones.

He asked them to make a mark on the rope to represent their life. The rope itself symbolized eternity.

“What are you going to do with your mark? How will you make your life count?”

Only three things in life are worth investing in for eternity he told them. God, people and God’s Word. “If you are not investing in those things,” said Coach P, “You are missing out on what God has for you to do.”

While growing up, sports was the culture of Coach P’s family. His dad tried out for pro baseball. His sister played volleyball at Marshall and he played football at Miami of Ohio. “It was all part of our world,” he says. Blowing out his knee during football practice, gave him time to reflect.

As he lay in a hospital bed, he looked up at the ceiling and sensed God said to him, “You have been putting sports ahead of me. It has been your god.”

That was Coach P’s turning point where he put it all in perspective about what’s important in life. So that’s the life message he communicates to the youth he has coached for more than 30 years.

“In youth ministry and in general, how much can a person really remember from a sermon or a speaker? I love to do things with kids that actually gets them involved in the process and teach them as they get involved in a project – some kind of activity. Whether it all catches, I don’t know?”

Coach P builds the players in their faith as they hang out together. He prays for them and he is proactive, whether it is going to a cemetery to have a concrete example of making your life count and investing it well, or how to have a proper attitude on the court – win or lose.

Another desire of his is that his players will have an opportunity to share their faith with others before they graduate. Each game is an opportunity for outreach. Some players share their changed-life stories, they also distribute gospel booklets and Christian resources with the other team and referees.

“I’m not there to be coach of the year,” he says. “I’m there to help young boys become young men of God – that’s my entire focus.”

Do you know a coach or mentor? Send them some ideas.