A surprising response to crime in Mexico 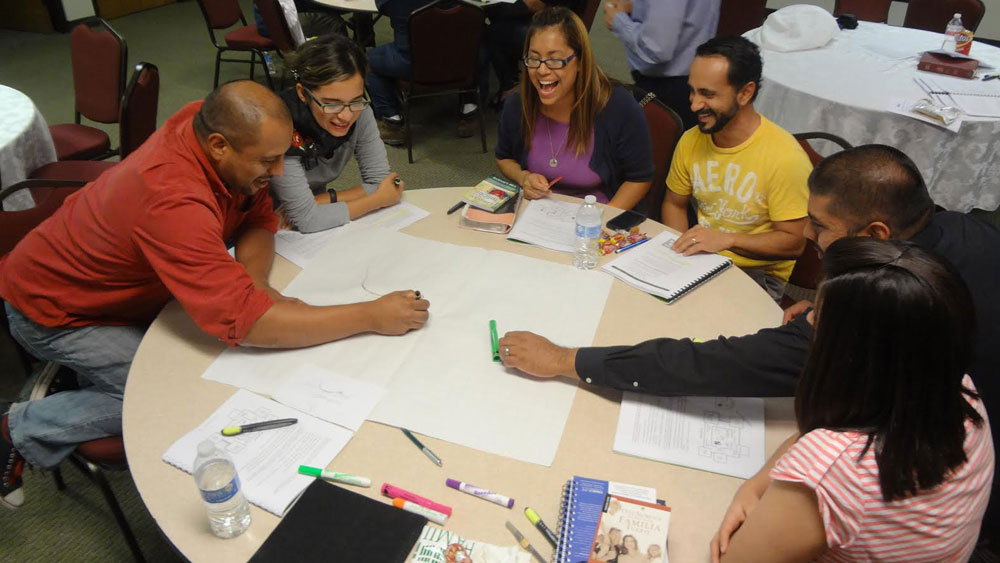 Just two weeks ago, an all-too familiar scene was played out in Juarez, Mexico as police began investigating the death of a father and his two sons.

The El Paso Times reported the 44-year-old man came home to his two young sons and shot them with a handgun. The professional bodyguard then turned the trigger on himself. His sons were 11 and 13.

The newspaper reported the man’s wife had left him just a month before the shooting leaving him “devastated and jealous”.

Cities along the United States-Mexico border have all become known for crime, chief among them is Juarez.

The city that just a decade ago was seen as relatively safe, now ranks No. 37 on the list of most dangerous cities in the world, according to the Security, Justice and Peace organization in Mexico City. In 2008 through 2010 it was ranked No. 1.

A Light in Ciudad Juarez

Among the events were three presentations given to Juarez police officers on crisis management in marriage, as well as an “I Still Do” conference in El Paso. Altogether, there were 150 decisions to receive Christ, including 143 police officers, and six couples recommitting their marriages.

Rigoberto Garza, part-time pastor and volunteer with Vida en Familia in El Paso, said the eight-day marathon of events has been in the works since May 2013 following a change in the government, which made it possible to focus on police.

“God worked things in such a way that this September they agreed to open the doors for us,” Garza said. “It gave us great encouragement to see that even people who are involved in such a tough job like a police agent, particularly in a city like Juarez, are very sensitive to hear something that they really need.”

Garza shared a story of one police officer, whose quiet demeanor and serious face gave the usually enthusiastic pastor the impression that the officer was offended at the message of the Gospel.

Later that day, the officer handed Garza a comment card saying he received Christ during the meeting and was grateful to hear a message that was necessary for his community.

“I was completely wrong,” Garza said. “Praise God for that. It was a simple experience, but it was very deep for me.”

Garza said ministries that focus on marriages and families could be key to addressing issues of violence in border cities. The Mexican native lives in El Paso, but received Christ while living in Juarez years ago.

“This is only one case,” Garza said referring to the recent shooting of the young boys and their father. “There’s a lot of domestic violence in Juarez especially and I think FamilyLife can make a very big difference. FamilyLife is very powerful in Juarez and El Paso – regardless of the fact that we’re in two separate states and countries, we have a lot of similarities.”

Gabe Buchholtz, international representative for FamilyLife in Latin America, said redemption in families could make an impact on entire communities, especially economically, among the Hispanic culture.

Buchholtz visited a Nicaraguan orphanage years ago with rooms full of children who were not technically orphans. He said, oftentimes, a family breaks up because of the parents’ separation leaving the father with a job and the mother with the children and nothing to feed them.

“Literally, the children and the mother have no place to go,” Buchholtz said. “The felt need among families is essentially the same around the world, but I think amongst the Hispanic culture one of the sad consequences of divorce is that poverty impact.

“People in Latin America are very much aware of the incredibly negative impact and results of broken families. I think there is a teachability and a hunger and eagerness to want to respond to this idea that God does have a blueprint for marriage.”

Buchholtz said while there is devastation in these circumstances, there also is a great deal of hope and opportunity to share the Gospel.

The Message at the Heart of Change

Buchholtz and Garza say Christ must be at the center the ministry. The presentation of the Gospel is primary in every Vida en Familia event.

Marisol Fong, who attended the “I Still Do” event in El Paso, was encouraged by this idea.

“These types of conferences help us remember we need to be there for each other, and especially that we need to put God first,” Fong said. “If we don’t put Him first, nothing else is going to work.”

Garza said with the Gospel as a foundation, there is hope for restoration of whole cities.