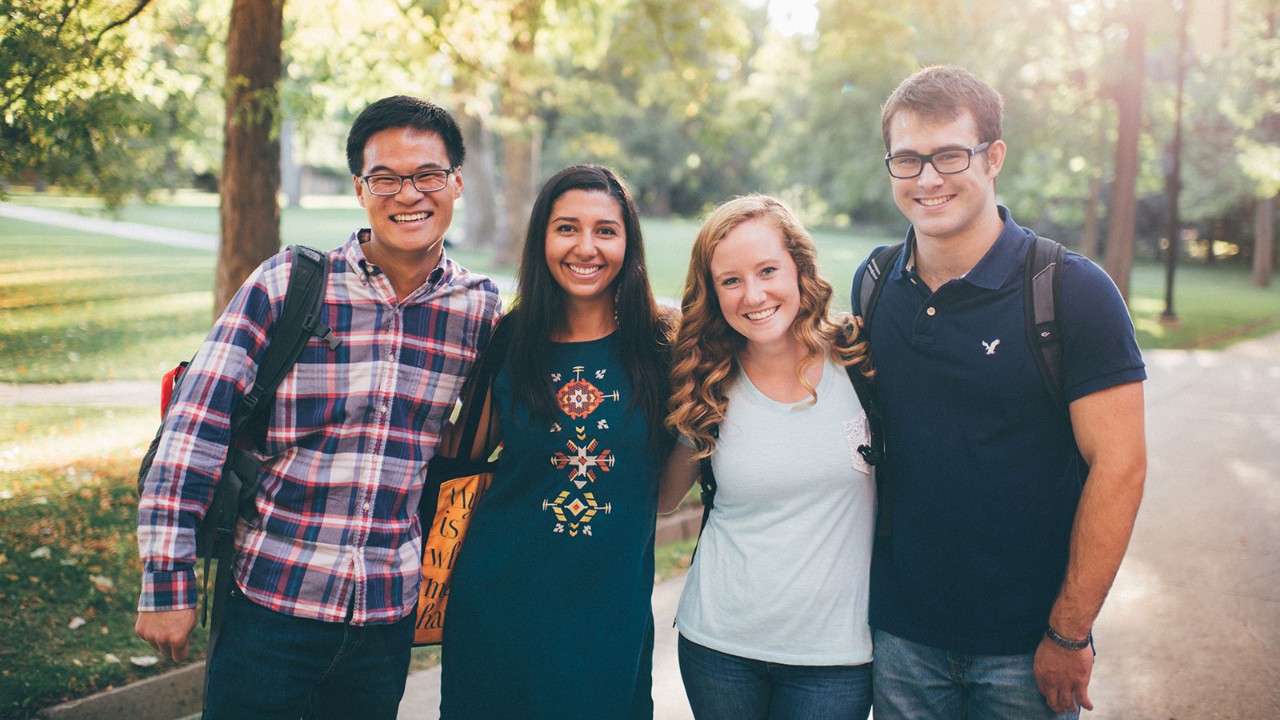 If I gathered my close friends in one room, it wouldn’t take long for you to see that we’re far more alike than different.

We were raised with similar values. We come from similar backgrounds. Heck, we even kind of look alike and wear similar clothes. I love them, but it’s relatively easy for me to. They aren’t that different from me.

I’m drawn to people from my own culture, and you probably are, too. The problem is that as Christians, God calls us to more. When we don’t ever cross cultures, we miss one of the biggest pieces of God’s heart.

Merriam-Webster defines culture as “the beliefs, customs, arts, etc. of a particular society, group, place, or time.” My friend Aicel, who’s Filipino-American, compares culture to tinted glasses that color everything we see and interpret about the world.

No matter what culture we’re from, we’re drawn first and foremost to others within it. If given the choice, we’ll almost always choose to surround ourselves with people who see the world the way we do. Why?

Because it’s just easier that way.

We feel safe in our cultural boxes, and life stays relatively un-messy.

Consider some of the reasons we have for avoiding other cultures:

Does that last one feel uncomfortable? For me too.

But when I think about it, the biggest reason on this list really is my sin.  I don’t want to work past language barriers. I don’t want to sacrifice my time. I don’t want to feel uncomfortable. The extra effort it takes to engage with people from other cultures just isn’t worth it to me.

If we want to live a Christ-centered life, it’s vital that we confess this and come to know, love and care about what Jesus does.

What does Jesus really care about?

Jesus cares about all people groups and cultures. He celebrates and delights in each one. And He greatly desires they would come to know Him.

In Philippians 2, Paul says that we should have the same mindset as Christ, who traversed the greatest cultural gap imaginable – heaven to earth. Can you imagine? God of the universe, willingly dressing Himself in the robes of a servant. All to save us.

While here, Jesus continually interacted with people from other cultures. Many of these interactions were considered scandalous. Like when He spoke with the Samaritan woman at the well or healed the servant of the Roman centurion, both from people groups who had hostile relationships with the Jews at the time.

A huge part of Jesus’ heart remains unknown to us when we don’t follow His example.

The amazing thing for us as Americans is that we have many diverse people groups and cultures right at our fingertips. I believe God’s done this for a reason. He wants us to see people who are different from us. He wants us to care. And He wants us to enter into their lives, and invite them into ours. This is what it means to engage cross-culturally.

So, where do we start?

Developing friendships with people from other cultures isn’t always easy, but you’ll be so glad you did.

A more holistic view of God and His love for all people. A heart that looks more like Christ as you depend on Him. Lifelong friendships you would’ve never had otherwise. These are just a few of the blessings that become ours when we choose to move beyond our comfort zones.

My husband has a lot of Afghan friends and a few years ago, he invited me to meet them.

These people – whom I would’ve never intentionally crossed paths with – blew me away with their warmth, humor and hospitality. I’ll never forget bouncing my feet and shaking my wrists, draped in a traditional scarf and dancing to Afghan music in a large circle with my new friends. These people are now some of the dearest in my life.

That’s the awesome thing about Christ’s commands – He has so much joy stored up for us in our obedience. He doesn’t just want us to move across cultures for our own sanctification, or even just to see the gospel reach every tribe, tongue and nation.

He wants to give us joy.

Six People You Want in Your Friend Group

9 Ways to Be a Good Neighbor

If you want to help people get to know Jesus, try starting right where you live. Here are real-life ideas for sharing your faith in your neighborhood.

You Can’t Do It Alone: Change Is Easier When You Have Help

Change isn’t easy. It’s even harder when you are trying to do it on your own. Inviting others into your life can provide the support and encouragement you need to change your life for the better.