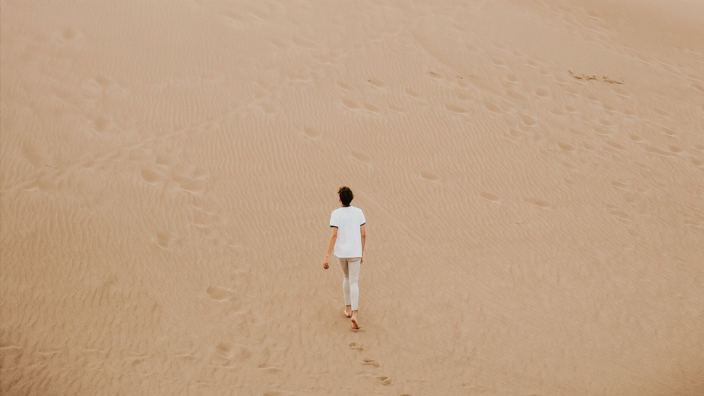 How One Woman Held on to Hope and Saved Her Family

Hope is a belief that something better is on the horizon. It is more than a wish for a better tomorrow. Instead, it has a firm foundation in truth that points toward a future of fulfilled promises.

There is a story in the Old Testament of a woman named Naomi who had lost hope.

There was a famine, so Naomi’s husband took her and their two boys to live where they could find food. Time passed, and her husband died. Her sons married, but soon, they died too. Naomi found herself alone with two young daughters-in-law, Ruth and Orpah.

Naomi had lost everything: her home, her husband and her sons. She could not see happiness in her future, and she urged the young women to leave for a better life.

Naomi was so devastated she even chose a new name for herself, Mara, meaning “bitter.” For Naomi, hope had run out. This was the end of her story.

Or, so she thought.

Can Hope Make a Difference?

Both were widowed and had lost any security they may have had in the past. Naomi was bitter, but Ruth saw her future by Naomi’s side, with Naomi’s people and worshipping Naomi’s God.

Ruth chose to trust in the customs and ways of these new people she had made her home with. She leaned on the mercy found in their laws that allowed her to gather grain from the fields so she could provide food for both of them. She trusted in her mother-in-law's knowledge as she sought protection and a future.

Ultimately, Ruth’s hope was realized, and Naomi’s faith was restored.

The book of Ruth, where Naomi’s story is found, ends with Naomi’s hope for a better future restored.

Living in community and loving one another well is work. We each have something to contribute.

Perhaps, like Ruth, your contribution will be as an example of hope. Our actions and our beliefs impact others. Our good deeds, faith, hope and love can change the future for those we love.

Read the book of Ruth. Pay attention to the contrast and the similarities between Ruth and Naomi. Pay close attention to what the women say to Naomi at the end. How did Ruth help transform Naomi’s life?

Who Needs Courage? You Do!

Hope: Are You Anchored or Lost?