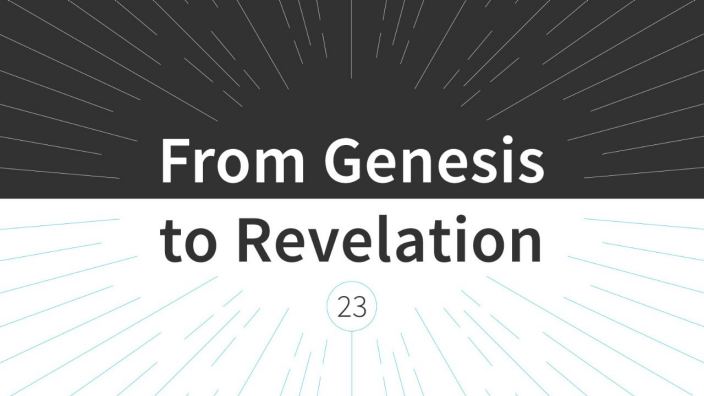 The Kingdom of Israel reached its height under Kings David and Solomon. Soon after, the kingdom divided and God’s people increasingly turned away from Him. During those hard times, God sent His prophets all over His kingdom (and beyond) to preach and call people back to faithfulness. Before the heartbreaking Babylonian exile, God sent out one last prophet, Jeremiah. God gave him the hardest assignment of all.

Persistent sin brings destruction, both personally and nationally. The Northern Kingdom deteriorated faster, and the Assyrians conquered and scattered them. The Southern Kingdom lasted longer, but they too eventually fell away from God.

For forty years, Jeremiah faithfully warned the people of Jerusalem that their sin was leading them to captivity and exile. No one responded. Was Jeremiah a failure?

Why would God call him to such a futile task? Jeremiah experienced profound rejection, loneliness, depression and discouragement. He was known as “the weeping prophet.”

Today, we might consider Jeremiah a failure. No multicampus megachurch. No TV show. No best-selling book. Yet he obeyed God. He brought an unpopular and convicting message to a nation in decline.

When I look at the culture I live in, I see similar patterns to Jeremiah’s day. The increasing rejection of God’s truth and His life-giving ways depresses me. Like Jeremiah, I want to weep. Can you relate?

A Message of Hope

Yet to this “failure” of a prophet and these non-responsive people, God gave a beautiful vision. Yes, their sin drove them out of God’s promised land, but God would gather His people again. And further, through Jeremiah, God gives His people one of the clearest pictures of the promised new covenant in Christ.

“‘I will put my law in their minds

and write it on their hearts.

I will be their God,

and they will be My people.

No longer will they teach their neighbor,

or say to one another, “Know the Lord,”

because they will all know Me,

from the least of them to the greatest,’

‘For I will forgive their wickedness

and will remember their sins no more’”

Jeremiah was a very successful “failure.”