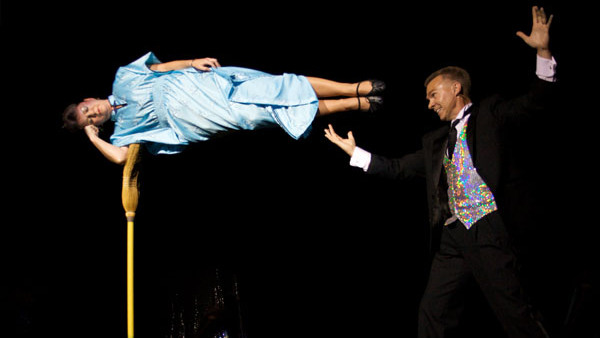 We went on a ministry to the 33rd Street prison in Orlando, Florida. Some others who had gone to minister in this prison before informed us that nothing could be brought into the prison with us. Even our car keys and drivers licenses had to be left with the guards in the check in facility. They said they had tried to bring gospel tracts in before, and were firmly told absolutely nothing could be brought in and especially nothing could be left with the inmates. Since the ministry God has given to me uses magic props as tools it appeared that this may present challenges or even complete roadblocks.

However, God doesn’t ask us to do the impossible. He asks us to be obedient and through faith leave the rest to Him. That being said, we prayed, brought the magic, and also brought some of Josh McDowell’s “More Than a Carpenter” books.

In the parking lot outside, we gathered with the others who had come to minister at this prison before and the prison chaplain. We prayed that God would be with us and would be glorified that day.

When we arrived at the check in facility, they took our car keys and our driver’s licenses as expected. I pointed to a small case I was carrying and a cardboard box and explained that if allowed, I had some magic props to do a show for those inmates interested and had some Biblical books in the box.

After what seemed like a very long period of the time with guards looking at each other in silence, they had me bring the case and box over to an x-ray machine. The case and the box were sent through a scanner much like airport security. After they went through the scanner, two other guards carefully went through every item in the case and box. You should have seen the look of absolute astonishment on the faces of the others who had ministered at this prison before when the guards said OK and gestured for us to proceed. God is good. We will call this that day’s miracle number one.

We then went through several layers of sealed isolation chambers, where huge heavy barred doors would slide shut with a loud massive thud and solidly latch behind us. Only then would the next immense door unlatch in front of us and slide open allowing us to pass. In each of these chambers there were windows with guards behind bulletproof glass observing our every move. I must admit it was a frightening feeling and I was in constant prayer that God would use this in a way that would be pleasing to Him. 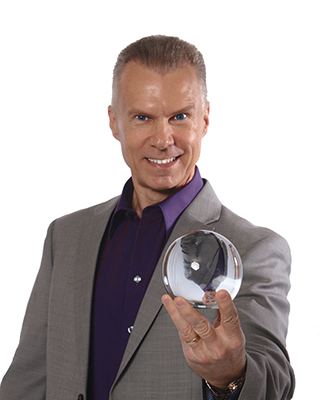 When we finally were inside we were brought into a common, but currently unoccupied room. We were told that they would bring in any inmates that wanted to attend in a few minutes. I should mention that today this was the men’s juvenile area of the prison we were scheduled to visit. In a few moments, 21 young men in prison overalls entered the room accompanied by 4 guards and the prison chaplain. Some of them seemed like just boys, but all of them seem hardened well beyond their years. The expressions on their faces appeared untrusting and cynical. I am sure some came as a diversion just for something to pass the time and others were curious.

The guards gave the signal for me to go ahead, so with one last prayer I began the program. At first there was a strong sense of the attitude that could probably best be described as, “OK, why should I listen to anything you have to say?”

But after engaging several of the young men as volunteers, the atmosphere lightened up. Soon they were laughing and able to almost forget where they were and have some fun. God is so good. Let’s call this miracle number two.

Next I moved into the illusions that illustrated the truth of Jesus Christ being the Messiah and the legitimacy of the Resurrection. Even the guards could sense something amazing was happening here. A hush covered the room as all attention was focused on the gift given through Jesus’ sacrifice. That day the Holy Spirit moved 10 of those 21 young men to pray to receive Christ as their savior. Praise the Lord! Miracle number three.

As our time was ending and I had already seen multiple miracles happen that day, I decided to ask for one more. From the front of the room, I respectfully asked the guards if it would be permissible for us to give each young man a copy of the “More Than A Carpenter” book that presented more details about the material I had just presented in the program. The guards hesitantly looked at each other. Once again God moved, as one guard looked at a copy of the book I handed him and said He thought it would be all right. The others who had ministered here before had looks of sheer astonishment on their faces as they realized magnitude of what was happening and we saw God bring about miracle number four. God is so good!

As each young man came up to receive his book, one guy picked up two books and asked if he could bring one back for his friend that had not come to the program today. Two of the guards, quickly, firmly and loudly replied, NO! They said that there would not have been enough for the entire juvenile division, so only those who attend the program could have one.

I respectfully asked the guard how many were in the juvenile division of the prison. I felt goose bumps begin to rise up on my arms as I heard the guard say 80. You see, God for some reason had told me to put two boxes of books in the car that day, and it brought the total number of books to exactly 80.

I was allowed to get the other box from the car and every young man in the juvenile division of that prison received a “More Than A Carpenter” book that day. This was the fifth miracle that we witnessed that day.

Every one of these wonders was absolutely impossible in the eyes of man and yet I am convinced more than ever that God wants us to be obedient and completely dependent on Him and He will demonstrate his power in signs and wonders that bring us and others closer to Him.