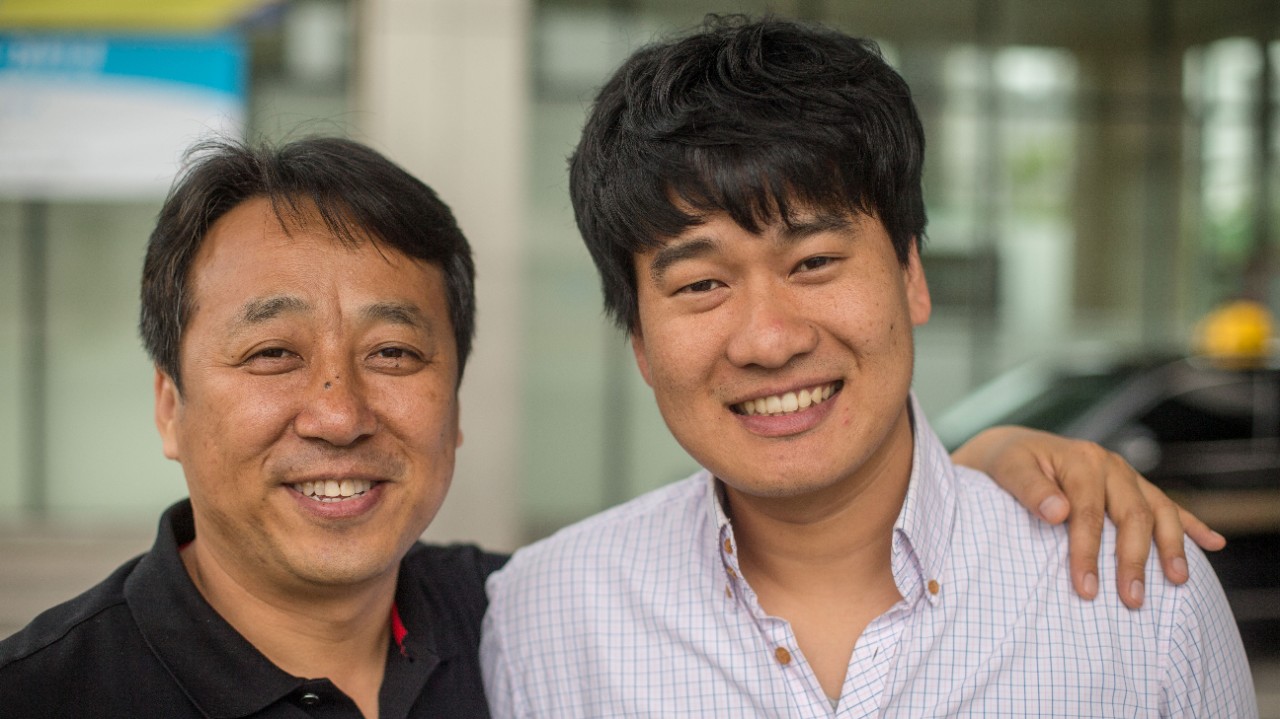 SOUTH KOREA – It would take more than 20 years for the paths of two men to cross, but in those years God would do amazing things in the hearts of both men.

Peter knew about Christ but came from a broken family where his father drank and his mother was often distraught. To escape his troubled home, he joined the army doing night patrol for three years.

The assignment was difficult, so he looked for a church to find comfort. One night, after reading Romans, Peter’s heart was strangely warmed.

“When I realized God loved me, it was an overwhelming feeling. I didn’t have to carry all of those problems anymore,” he said.

After finishing his tour, Peter enrolled at Chung Bok National University in Seoul and attended Korea Cru (KCCC) where he connected with a Bible study.

The leader of Peter’s Bible study became a spiritual father to him, which led Peter to start a Bible study for other men on campus. The group was named “Soon,” which means, “bud” in Korean. After graduating, Peter’s involvement in the Bible study inspired him to join the staff of KCCC where he stayed on mentoring students until 2005.

When Stephan Lee enrolled at Chung Bok National University in 2006 he had a strong background of faith having grown up in a Christian home, but still he strayed.

Stephan stopped attending church and started drinking, but he would attend KCCC from time to time. He was even invited to a Bible study named “Soon”, but still wasn’t living well, too afraid to pray for fear that God might be mad at him.

Not long after, Stephan’s mother was diagnosed with cancer. The students in Stephan’s Bible study and in KCCC prayed with him for her healing. Through this experience, Stephan and his family became more devoted to Christ.

After finishing college and a tour of duty with the Korean Marines, Stephan joined Korea Cru staff. His first assignment? New Staff Training. His boss? Peter Lee, who welcomed Stephan back to the KCCC family.

Peter discovered fulfillment when he joined a community and found students to mentor. What community are you a part of? Who could you begin to mentor?

Even when Stephan wandered from his faith, he understood the need to stay connected to other believers. He was fortunate enough to find a mentor who literally hit him on the side of the head to help him see the need for a behavior change.

Who are the believers in your life you are connected to? Which of them would be willing to give you a metaphorical slap on the head when you wander from what you believe?

One woman's dedication to training believers in South Korea.

Even though 24 percent of all South Koreans profess to be Christians, the Church has a problem. Young people are leaving in record numbers.