For the better part of a year, students from across America were told to keep their distance — a tall order for adolescents and teens on the threshold of self-discovery. Formational relationships, steppingstones to adulthood, were suspended in the wake of COVID-19. For urban youth, particularly vulnerable to broken homes, truancy, substance abuse, gangs and violence, the added burden of the coronavirus created a potentially catastrophic vacuum. 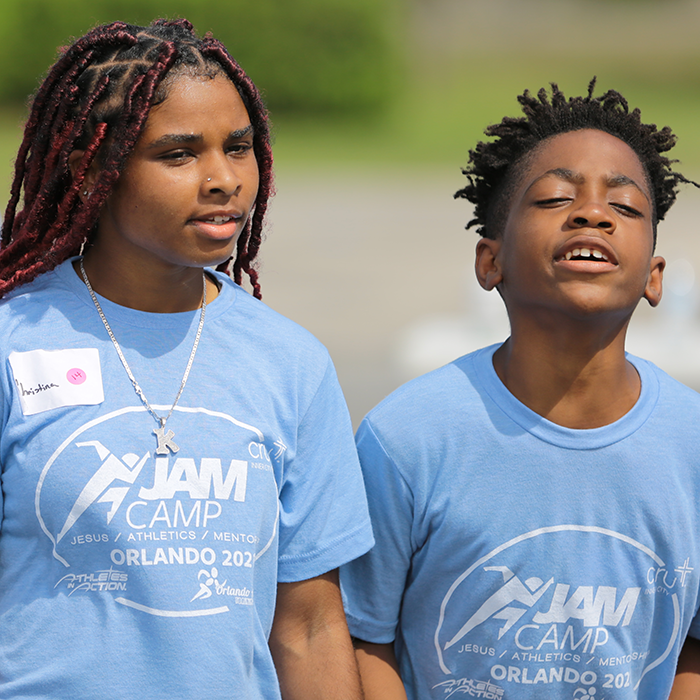 John Oliver, director of JAM™ camps for Cru's® Athletes in Action®, knew that standing on the sidelines after the initial shutdowns last year was a losing proposition for highly social teens.

"We really wanted to do something for the kids just to reconnect them as they head back to school with all the stress from last year," said John Oliver, director of JAM camps for AIA®.

So this March, 18 middle and high schoolers, teeming with energy and a desire to return to normal activities, took an action-packed step toward that goal by gathering on a large greenbelt at an Orlando, Florida church. They were there for a JAM camp, a co-ed sports outreach made possible through a partnership with AIA and Cru Inner City.

They were greeted by 15 mentors and volunteers determined to invest in these young people using the key elements of sports — motivation, discipline, attitude, teamwork, and perseverance — as a holistic yardstick, with biblical principles as the units of good measure.

"We try to pour into the lives of the kids," Oliver said. "We're not hiding it. This is a Christian sports camp. You're going to get your athletics. It's the hook. That's the reason why most of them come. But in the midst of that you're going to get a lot of Jesus."

In light of coronavirus protocols, AIA modified its original weeklong program to a single-day camp in one of Orlando's surrounding communities instead of at its Ohio's headquarters outside of Dayton. Camp leaders coached the teens through a variety of sports performance drills and leadership activities — all designed to address their physical, mental and spiritual development. The lessons center around three key concepts: The Power of Presence, the Power of Position and Purpose, and With Power Comes Great Responsibility.

The same flexibility shown by adjusting the program acronym is a fundamental element to the camps, said Oliver, a retired Air Force veteran. One of the key slogans in the Air Force, the retiree said, is "flexibility is the key to air power."

That same trait is particularly applicable when dealing with teens and has become a cornerstone of how he approaches JAM camps.

"I'm gonna lay this plan out and we're gonna mold it," Oliver tells his team, adding, "It's not going to go this way, just so you know. We're really trusting God's Spirit."

While the weeklong camp has its advantages by allowing staff more time to interact with the campers, Oliver said the follow-up efforts are much more challenging.

"The idea of going to the (inner-city) locations is to actually have lay people, pastors, staff members who are connected with local churches, bring their kids right within their neighborhoods," he said. "And then, you already have a built-in discipleship and follow-up setup.

The new model comes with its own benefits.

"The single-day format enabled really good attentiveness and participation from students and mentors since they were required to give their all for one day," Oliver said. "Eventually, the vision is to go to all the Cru Inner City locations to do camp. My prayer is that, definitely, it continues beyond COVID."

"It wasn't so intense as a week in terms of commitment from the volunteers or the kids," she said.

"We close out by sharing the gospel, about the great responsibility, great power that Jesus had," Oliver said.

Judging by their exit comments, the teens took notice:

Akers said she was impressed not only by the togetherness of the ministering teams, but also with "the way that the kids learned some team and leadership lessons."

New opportunities have already emerged, with AIA scheduled to return to Florida in July, this time in Winter Haven, to lead a longer camp within the Haitian community.

"One of our new partner ministries visited that day to observe, and now we are helping them put together a three-day version of JAM camp," Akers said.

The ripple effect is being felt well beyond the reach of the camps, with the Winter Haven congregation looking to start a permanent youth ministry. Another church, which brought six kids to the outreach, has also decided to launch a youth program after determining its teens need further spiritual development, including a better understanding of the plan of salvation. As part of its camp follow-up, Inner City's Orlando team has offered its resources as the church initiates the new program.

"I'm extremely excited about both churches wanting to add a youth group based on the Orlando JAM camp experience," Oliver said. "It's somewhat overwhelming to see how God takes our 'little' and turns it into something pretty 'big' when we give it to Him."

Los Angeles has expressed an interest in hosting the daylong camps, likely next year, while a traditional weeklong camp is planned for this week in Ohio.

"The need for deeper Bible study and interaction with the kids is just what we want to happen when students leave JAM camp. I praise God that we're able to be a part of their journey." 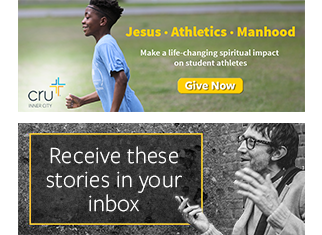