A Gift of Life

It was a dark, wintry afternoon. Evelyn could think of no better time to offer Homeless Care Kits. 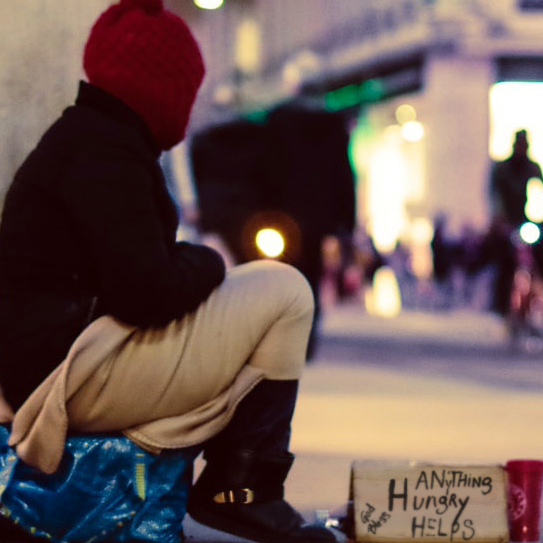 She set out from her church with a carload of Kits and a prayer that God would work powerfully through them.

Each Homeless Care Kit contains a blanket, a scarf, gloves, a hat, and basic hygiene supplies as well as a gospel presentation. It could mean the difference between life and death for someone out in the cold that night. It could make an eternal difference; that was Evelyn's prayer.

Evelyn parked in front of an unfamiliar homeless shelter, feeling uncertain as she stared down the long line of folks waiting for beds. Then she noticed four people, who she learned were Donna, Fred, John, and Mark, standing to the side of the line.

With Homeless Care Kits in hand, Evelyn approached and introduced herself. The four explained that despite the frigid cold, the shelter wouldn’t be open for hours yet. So, the Kits were a welcome gift.

Evelyn was then able to explain an even more important gift: the gift of salvation through Jesus. When she finished, all four of her new friends wanted to pray to receive Jesus as their Savior.

It wasn't until Evelyn looked up that she realized their small prayer group had more than doubled in size! Hurrying back to her car, she gathered all the Homeless Care Kits she had left and handed them out.

On her way home, Evelyn rejoiced that her prayer had been answered. God had worked powerfully through the Homeless Care Kits that day. 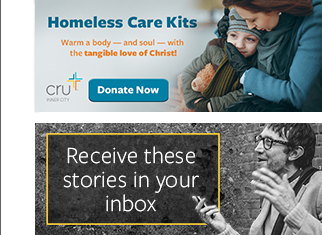