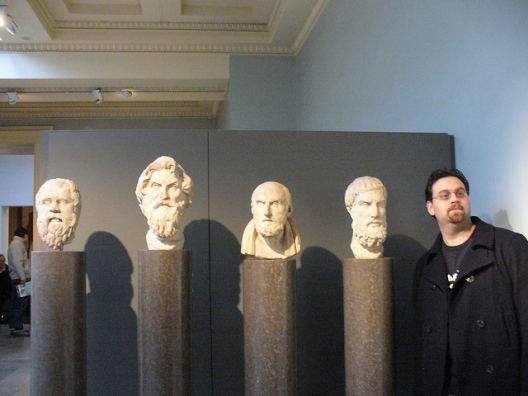 What is motion?
What is life?
What is being?

Many thought that there was one primary answer that addressed all three questions.

Thales, one of the seven sages of Greece, suggested the answer was "water." Strange thought process, but not a bad attempt.

Heraclitus, known as The Weeping Philosopher, said that the answer was "change." He stated, "No man steps in the same river twice."

Parmenides disagreed, claiming that change was impossible. For him, the overarching answer was "unchange."

It was into this culture that the Apostle Paul journeyed. A student of philosophy, he addressed the people gathered on Mars Hill in Athens, the epicenter of Greek thought. He concluded that the answer to these three questions was "God," and (quoting the philosopher-poet Epimenides) stated "in Him we live, and move, and have our being." (Acts 17:28)

Who are the modern-day Pauls: passionate, well-informed believers who are students of the culture, engaging with academia, and addressing the most important issues of the day?

Please comment below: who is a committed believer who is having an impact on the culture, either on a global, national, regional, or local level?

Post based on a lecture from Paul Gould in Cru's online IBS Apologetics class.

PrEFACE: Let's Do This!

Fear, Faith, and Failure as an Artist...and Hope for the Rest of Us, Too!