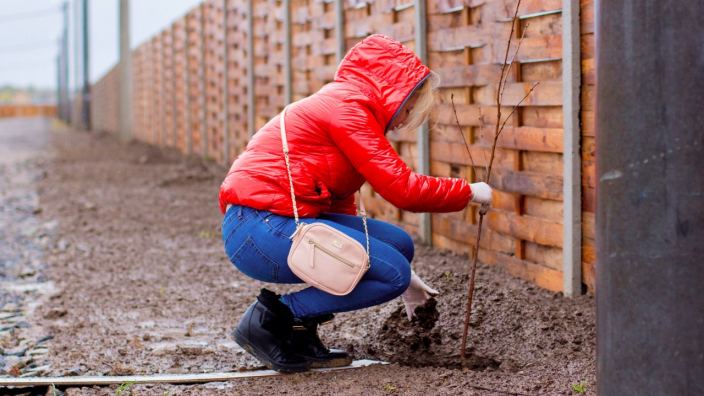 You need water. You need food. You need oxygen. Have you ever thought about the fact that you also need hope?

You need to believe that good is coming and that happiness and joy are possible. You need hope because it sustains you.

You know you should avoid hopelessness, but sometimes that feels impossible. Hopelessness sinks you into darkness, sadness and a feeling of being trapped with no escape in sight. You feel powerless and unmotivated. You look down instead of up.

When something gets in your way or the unexpected happens, how do you react? The difference between hope and hopelessness could depend on how you respond to a situation.

Have you ever heard the story of Zacchaeus? He was the chief tax collector in his district of Israel, which meant he was rich.

Zacchaeus was also what Luke 19 describes as “small in stature,” otherwise known as short. He was unpopular and had a reputation for keeping some of the taxes he collected for himself.

One day, Zacchaeus heard that a man named Jesus was passing through his town. Like any curious person, he wanted to see why throngs of people were pushing their way to see Him.

The crowd made it impossible for Zacchaeus to see Jesus. What to do? Looking up, he saw a sycamore tree. He climbed its branches until he was high enough to spot Jesus. This worked even better than he anticipated because Jesus spotted him too.

“Zacchaeus, hurry and come down,” Jesus said to him.  “I must stay at your house today” (Luke 19:5, English Standard Version).

Zacchaeus climbed down and welcomed Jesus into his house without hesitation. When the townspeople saw what happened, they were suspicious. They accused Jesus of eating with a sinner and tried to shame both men.

After talking to Jesus, Zacchaeus surprised the onlookers saying, “Look, Lord! Here and now I give half of my possessions to the poor, and if I have cheated anybody out of anything, I will pay back four times the amount” (Luke 19:8, New International Version).

Zacchaeus changed that day. Everyone saw it. Money and riches were no longer what he put his hope in. His attitudes and the way Zacchaeus treated people changed too. His selfishness and dishonesty melted away. Zacchaeus found something that would never leave, never forsake. He found the love of Jesus.

Instead of counting on himself or his job or how much he had, Zacchaeus decided to start counting on Jesus.

The Role of Faith in Spiritual Growth

Everyone knows that faith plays a significant role in our spiritual growth, but practically speaking it either occupies too much or too little of our understanding.