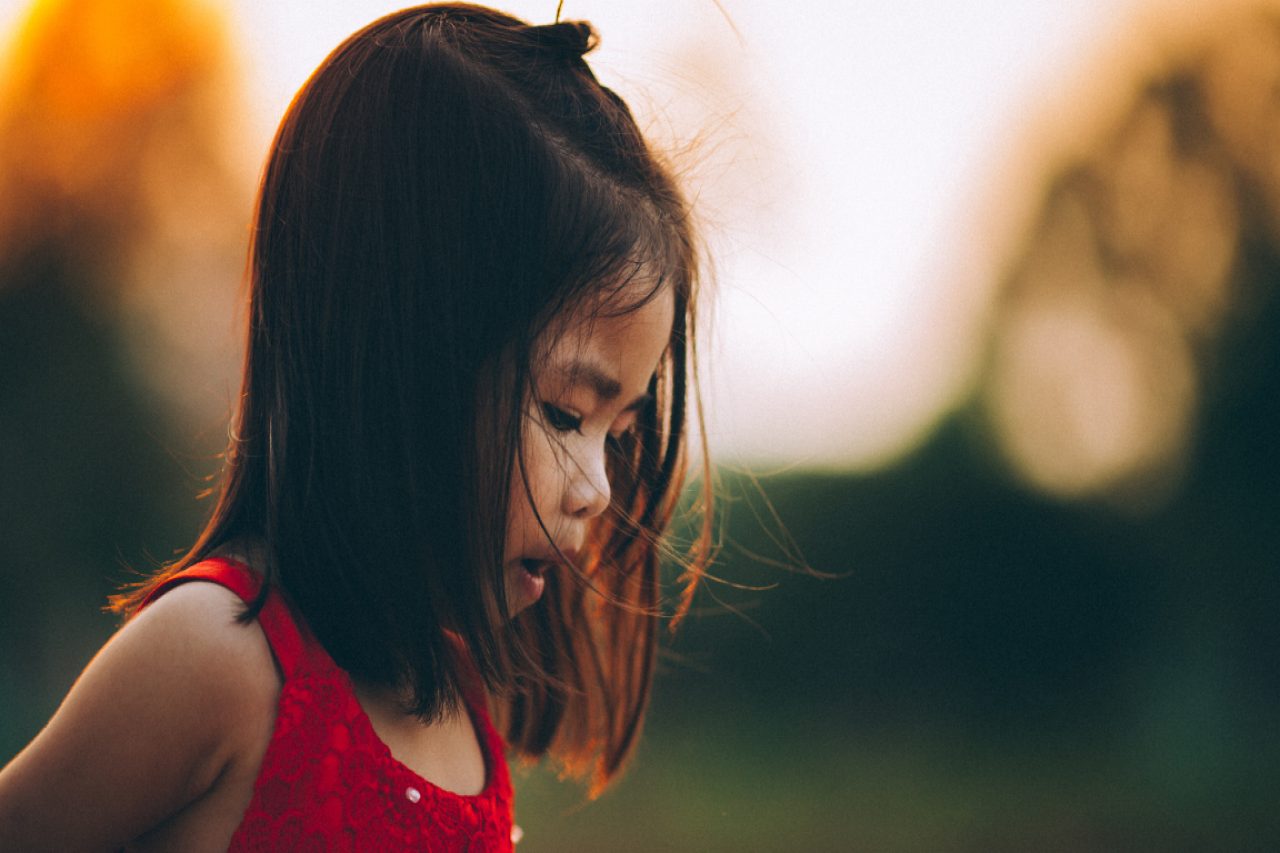 Dion and So Wah Steinborn sit in front of their computer, scrolling through pictures of their firstborn daughter, Shannah.

The little girl stands next to her dad, hand on his knee, her silky dark brown hair pulled into a ponytail. She is playing dress-up, her slender frame draped in a floor-length angel costume, complete with feathery wings.

The picture on which Dion has stopped on-screen starkly contrasts with the little angel standing at his side. “Who’s that, Shannah?” Dion asks.

He points to an 8-week-old, nestled in her mother’s arms, hooked up to a myriad of monitors, IVs, and a ventilator. The infant is barely able to open her eyes because of the swelling in her little body, her skin tinged an abnormal yellow, and her abdomen wrapped in a soft bandage. This protects her liver, which was formed outside her body.

“Baby,” Shannah responds, staring at the tiny version of herself. She moves next to Dion, and the angel costume sways with her.

“Yeah, that’s a baby,” Dion answers, smiling at her.

These pictures document the beginning of Shannah’s life. They show her first 6 weeks, when it was unlikely that she would live. They show her as a 1-year-old, when her lungs were finally strong enough to breathe without the ventilator.

They show her at 18 months, when the liver complication was corrected. And they show her as a 2-year-old, when she was diagnosed with autism. During this time, Dion and So Wah served full-time with Cru.

In the first 3 years of Shannah’s life, they moved their family from Asia to Oregon to Arkansas, and finally, to Orlando, Fla., in order to get her the care she needed. Dion, who has been with the ministry for 14 years, now works in Global Operations at Cru’s world headquarters, and So Wah, a 19-year staff member born in Hong Kong, is a stay-at-home mom.

Throughout Shannah’s first 6 years of life, Dion and So Wah chose to surrender to a belief that God is good. They walked through Shannah’s birth and the life-changing complications that followed it, believing that God is good even in the midst of dark, terrifying circumstances.

“God is the giver of good gifts, and God does not give bad gifts,” says Dion, 39. “And even though Shannah has a lot of disabilities, and problems, and difficulties, and challenges that a lot of children don’t have, she is still God’s gift.”

This surrender creates a disparity between 2 equally true realities: Shannah’s severe needs and God’s goodness. “I know that can be hard to reconcile,” Dion says. “How can Shannah be a good gift when she has so many problems? But God doesn’t make mistakes, and we have a lot of hope and trust in that.”

Autism presents ongoing challenges for Shannah, forcing her to have to learn social, communication and life skills that her 4-year-old sister, Mercia, picked up naturally. Taped above the sink in Shannah’s bathroom are 6 small picture cards, each with 2 or 3 directive words printed on them. From “turn on water” to “dry hands,” these cards remind Shannah how to wash her hands.

Only recently did she grasp the concept of spitting out her toothpaste after brushing her teeth, and eating independently is an ongoing struggle. Her food must be puréed and carefully measured into 11-ounce portions to avoid upsetting her digestive system.

As a couple, the Steinborn’s belief in God’s goodness can be seen in the way they celebrate Shannah’s little, everyday victories.

Though many children are learning to swim as 5-years-olds, Shannah recently learned that climbing down the ladder isn’t the only way into the pool. Now, she and Mercia hold hands at the edge of the pool, count to three, and jump in the shallow end together.

“I am thankful for how far God has brought us,” So Wah, 41, says. “I take nothing for granted.” Even as Dion and So Wah rejoice in Shannah’s tiny steps forward, surrendering to God’s goodness in their circumstances is a daily choice.

Shannah still needs to be reminded how to put on her clothes correctly, often not realizing her feet are in the wrong holes. “Many times, I have to tell Shannah, ‘look at your feet,’ or ‘look at your shoes,’” So Wah says.

She goes to God in these times, being honest about how difficult it can be to watch her daughter struggle. “A lot of the time, I just have to take a deep breath and pray. I ask God to help me be patient.”

This struggle continues in other areas as well. Though Shannah has learned the social skills she needs to sit in a classroom, other children often reject her, quickly picking up on her difficulty with language and interaction. So Wah explains to them why Shannah behaves differently, helping to temper some of the rejection with knowledge of autism, but that does not change the fact that Shannah doesn’t have friends her age.

Yet, even in the middle of these challenges, Dion and So Wah  are able to cling to the fact that God is good for one simple reason: They don’t define His goodness. They don’t put human expectations on what God’s goodness should look like, and then they are able to see God work. His hand becomes visible even in the small improvements, like when Shannah learns how to put on her socks and shoes.

“Because they believe God to be good, and don’t necessarily define what that should be, He can work, and they can see it,” says Shari Hepner, So Wah’s coach and friend during a year-long leadership program in Orlando. “And it only increases their faith and their opportunities to see God as good.”

On Sundays at church, Shannah stands with her parents and sister, sometimes singing loudly. Unaware, she gets the attention of the surrounding congregation as her sweet, slightly squeaky voice belts out each word of the song.

“I’m just joyful that she can sing,” So Wah says.

How To Trust God As You Wait