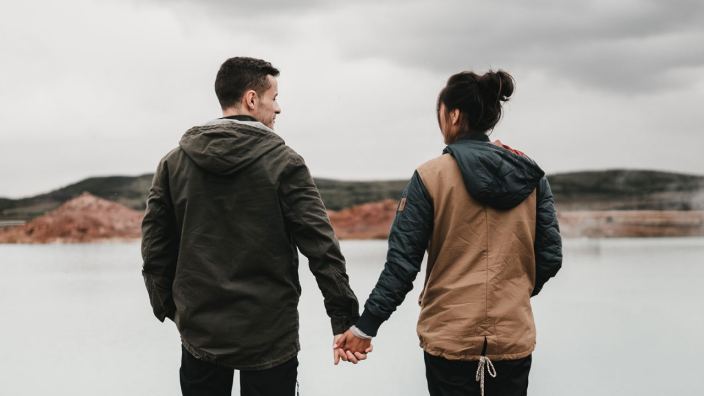 How to Go From Fantasy to Reality in Your Relationships

I was doing a radio show one day when a young woman called in and said she didn’t know what to do with her boyfriend. When I asked what she meant, she said that she was struggling with whether to break up or to keep going, get more serious and move toward marriage.

“Well, most times when people love each other and are thinking about marriage,” I said, “it is pretty clear to them; otherwise, why would they even be thinking of such a commitment? But for some reason, with you and him, it is not. What are those reasons?”

“Well … ” she started and hesitated. “There are some things that I just wish were different.”

“That’s pretty normal. No one person has everything we want,” I reasoned, wondering if she might be a little picky. “What are the things?”

“Well, he just doesn’t always pay attention to the relationship. It’s like I am the one who always is pushing for time together or to talk about things that we need to talk about. It seems that his hobbies and buddies are a bigger priority than I am. Like, sometimes when we have a date, he might just keep playing basketball and not even call and then come over later and think that is going to be okay.

“Also, he says he shares my values about physical limits, but he pushes me for sex, and I don’t want to, but I keep having to say no over and over. And I am the one that has to push for having a spiritual life. … I wish he was interested in spiritual things and just growing as a person.”

“Well,” she said, “I want to know if I should break up with him or go forward toward getting engaged.”

“What have you tried to do about these things?” I asked.

“That’s pretty good,” I told her. “And what happened?”

“He understands, he says. He agrees with me, saying that he wants the same things that I do. He is a really good guy,” she said with a little drop in her voice. “But then nothing really changes. I still feel like I am always the one who is trying to get things to be better.”

“Okay, question. If you have tried and tried and nothing has changed, and you are not happy, and the relationship isn’t working like you want a relationship to work, then why don’t you end it and move on? Why in God’s green earth are you thinking about even being serious with him, much less marriage? He is not interested in changing and being what you are looking for, so why don’t you get on down the road?”

And, here it came: the moment that revealed what keeps a lot of young women stuck. “Because I love him,” she said.

How can you avoid this kind of pain in your own dating relationships? Let’s look at some of the biggest causes of “date diseases” that take women places where they don’t want to go.

Dr. Henry Cloud is a clinical psychologist and best-selling author or co-author of over eighteen books, including “How to Get a Date Worth Keeping” and “Boundaries in Dating.” He also conducts seminars across the country and co-hosts a radio program called “New Life Live.” He’s the president of Cloud-Townsend Resources.

© 2005 Betty Blake Churchill. All rights reserved. Adapted with permission from “Fantasy - An Insatiable Desire for a Satisfying Love” (Orlando, CruPress).