The Heart of Apologetics

Listening beats lecturing in helping someone move toward Christ. 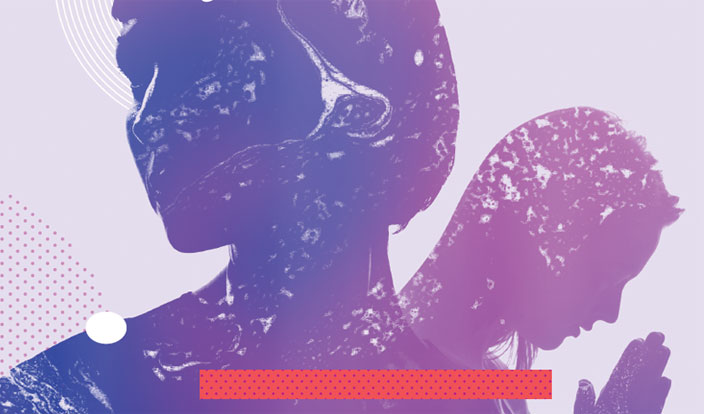 Tina, a dentistry student in Slovenia, grew up going to church, but she didn’t believe in God. My ministry teammate, Anna, and I talked with her over coffee and enjoyed the sunshine at a sidewalk café as a cold winter loosened its grip.

We told Tina that many students were curious about the bigger questions in life, like whether there is a God. With a smirk, she told us we were wasting our time. Was she daring us to explore her thoughts? To learn a bit of her worldview, we asked if she thought there was moral right and wrong.

“No? There’s nothing you can think of that most people around the world would agree was simply wrong?” I asked.

Gritting her teeth, she said there wasn't.

“So is it OK if children are abused?” I asked.

Hesitatingly, she said it was and that one person couldn’t determine what was right for another.

“Do you really believe it’s OK to abuse children?” I asked, giving her another chance.

“Well, it’s normal to do bad things!” she huffed.

With my heart pounding, I explained that just because it’s normal doesn’t make it OK. After all, sin makes God sad too.

“Then why doesn’t He stop it?!” she nearly yelled, pounding the table so hard that our drinks rattled and people looked over at us. Her strong emotion moved me to compassion. We sat a moment, and I asked God to help me know what to say next.

“Maybe,” she said, as she seemed to become a little less combative, perhaps simply out of embarrassment.

I asked if it made sense to be mad at Someone while not believing He exists.

Of course I wanted her to believe, but I knew that was up to God. I needed to help her face the fact that she was holding up a wall between herself and Him.

Her question about why God doesn’t stop the wrong in the world was a reasonable one.  Anna and I had to answer with the truth—that God is who He says He is in the Bible, and that the evil in the world grieves Him more than we can imagine. We told her that He loves us so much that He sent His Son for us and promised to make everything right one day.

We had just begun to get at the heart behind her coldness toward God. At least it seemed like raising these questions opened the door for her to consider what she really believed. We met a few more times to continue the conversation, bringing in apologetics (answers for her questions or objections).

I could share these confidently with her and pray that God would use them to show her the decision she needed to make. But I couldn’t change her heart any more than I could make the summer come sooner.

Back in high school, I watched a popular apologist and evangelist run through hypothetical conversations and whip out apologetic zingers like magic tricks. I thought if only I could remember his well-rehearsed lines, I could convince anyone to trust Christ, and I thought it was my responsibility.

Then a classmate asked me one day in Spanish class why I believed in Jesus. This is my chance, I thought. Don’t blow it. I wished I’d remembered what the apologist had said—the magic words to back up my faith, the “proof.” I wanted her to believe because she was my friend. But I also wanted her to stay my friend.

Believing she might be spiritually seeking, I did all I could at the time by telling her briefly that Jesus had died for my sins. I told her about the peace I had, knowing I was accepted and forgiven by God. And I prayed for her, but I didn’t know what else to do. I felt like I’d failed apologetics (or they had failed me).

I wish I’d understood then what I did by the time I met Tina. If I could, I would have told myself a few things:

If I forget these things, it’s tempting to be either defensive or offensive. Loving someone as Jesus would means helping them grow in truth and love over time. Just as God is faithful to follow winter with spring, He is more concerned about someone’s salvation than I am, and I can trust Him to bring it in His time.

Who Is My Neighbor?