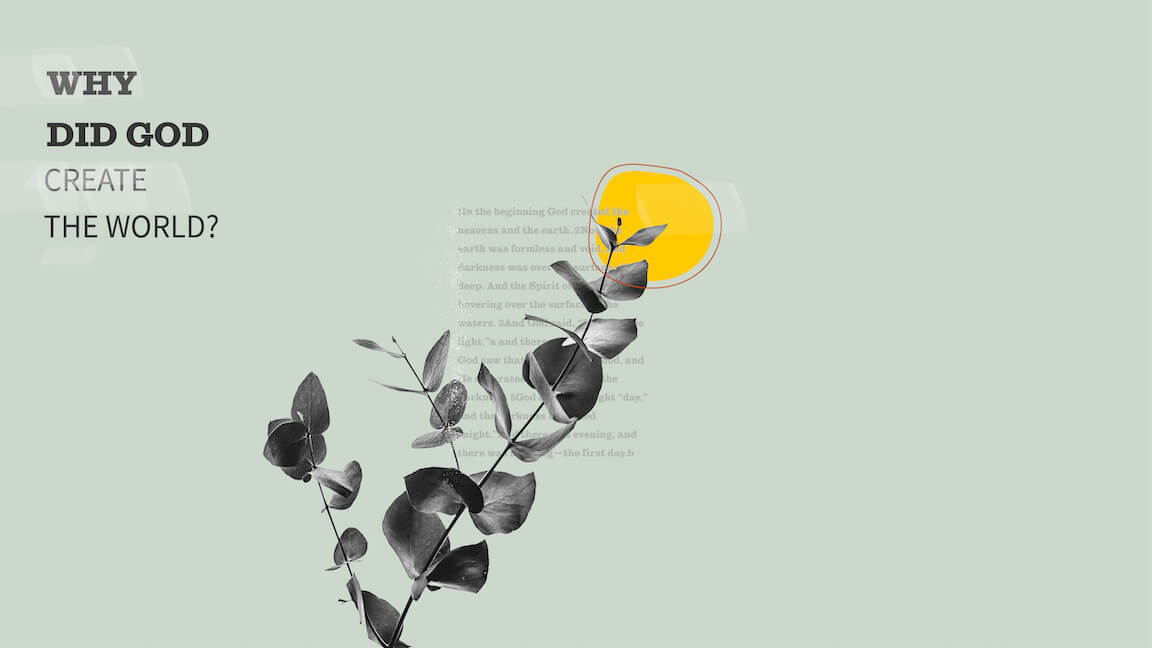 In the Bible, God did not create the world to fulfill a need. He created the world to display His glory (Isaiah 43:7; Isaiah 60:20; Romans 11:36). When the biblical writers mention God’s glory, they dance at the edge of language, struggling to explain the honor, significance and beauty of an incomprehensible God. God’s glory is His mysterious beauty, power, love and wisdom resisting the limitations of all human thought and speech.

If you're in a hurry, you can use these links to go straight to each section: 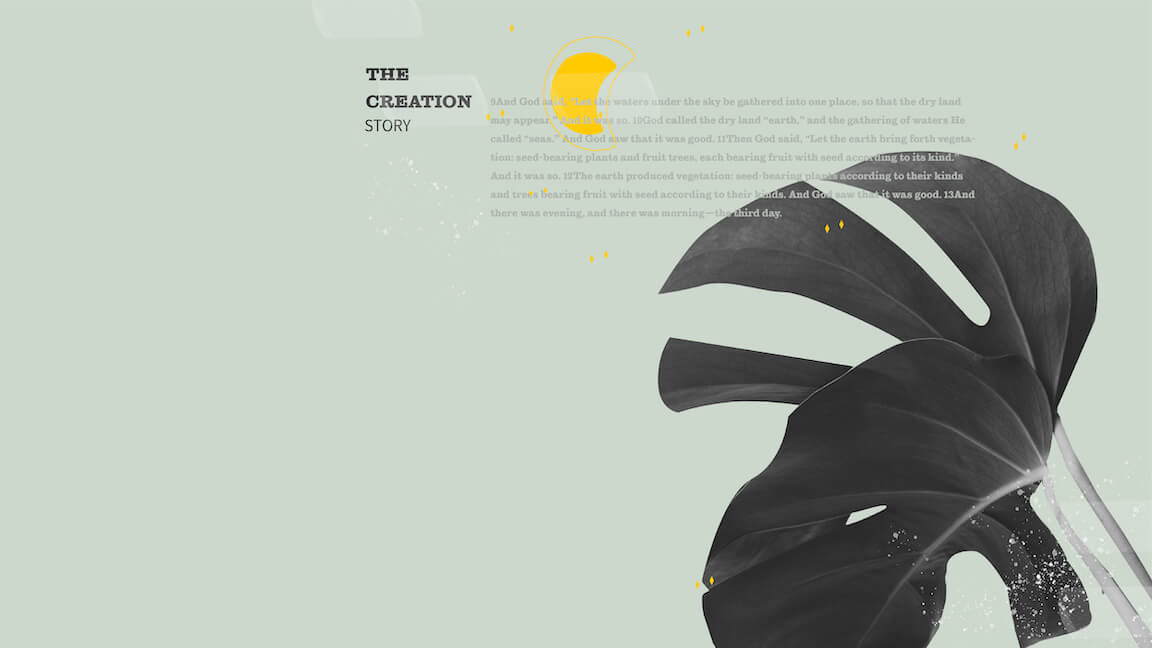 While many places in the Bible refer to God’s creation of the world and explain His purposes, the Book of Genesis presents the story of creation. Before there was anything else, God the Father, God the Son, and God the Holy Spirit enjoyed one another as distinct persons in a loving relationship. At some point before time, out of nothing, God spoke the world into existence in a series of events over six days: the sky and ground; the sun, moon and stars; plants, animals and human beings (Genesis 1:1-31). And everything was good (Genesis 1:31).

Adam and Eve, the first human beings, were the crowning jewel of God’s creation. God designed them to serve Him as His royal priests in His temple garden, the garden of Eden (Genesis 2:15; cf. The Bible Project, “The Royal Priests of Eden”). While in the lush garden of Eden, God set up a test for Adam and Eve. They were free to eat the fruit of every tree in the garden except one: the tree of the knowledge of good and evil (Genesis 2:16).

One day, while she was tending the garden, a serpent approached Eve. The serpent claimed that the forbidden tree had power. It granted knowledge of good and evil and would free them from God’s service. It would make them gods (Genesis 3:1-5). So Adam and Eve, believing the serpent, ate the tree’s fruit and suffered the consequences. They came to know good, evil, nakedness and shame. God cast them out of the garden, sending them out into the world to work, suffer and wait. With a death penalty hanging over their head, God promised to save them through a descendent of Eve, a child who would defeat evil, death and the serpent.

Because of Adam and Eve’s failures, the world changed. God’s good creation became flawed. Human beings exploit each other for personal gain, drain the world of its natural resources and set up economies and societies that struggle to maintain justice. All the world’s problems resulted from the choice to eat of God’s forbidden tree.

The good news of Jesus Christ is that God is healing His fractured world through the life, death and resurrection of Jesus. God is working to renew His now-flawed creation. But when God renews the world at the second coming of Jesus, creation will become perfect. 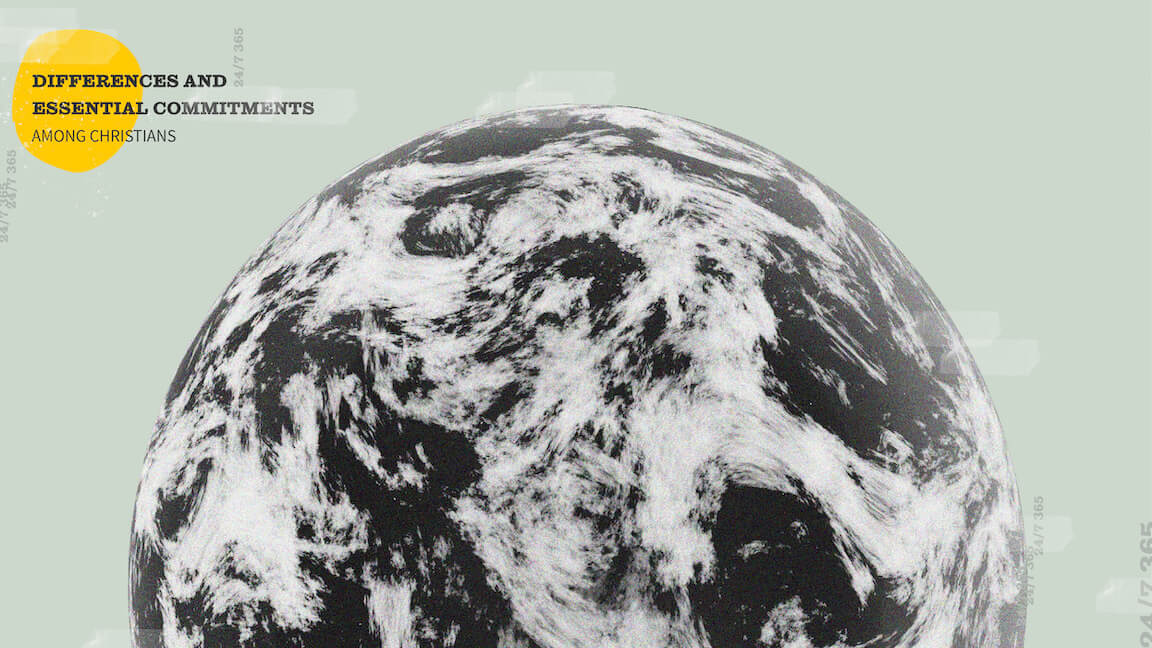 Differences and Essential Commitments Among Christians

Christians have disagreed about the age of the earth, the nature and length of the days in the Genesis account, God-guided evolution or “theistic evolution” and how the Bible’s account fits within its Ancient Near Eastern context. Protestant and Evangelical Christians have generally held many diverse views but have more recently settled on five essential commitments: 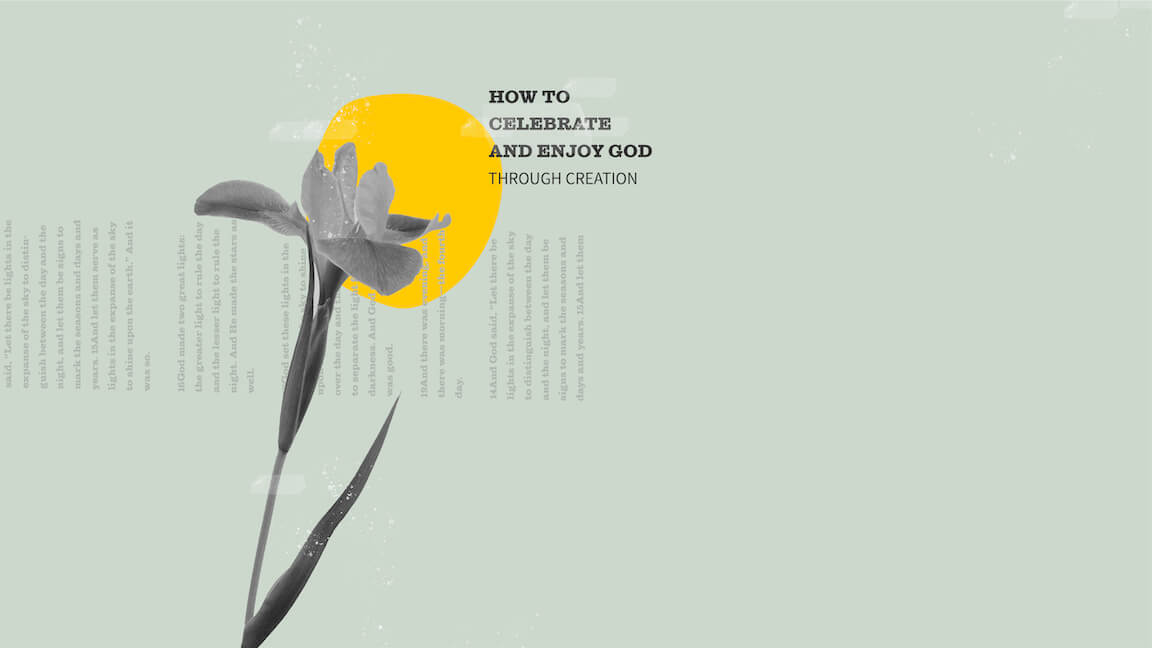 How to Celebrate and Enjoy God Through Creation

According to Kelly Kapic, a Christian college professor, God created people to love God in part by “taking pleasure in the rest of creation and by faithfully participating in it.”1 Human beings are meant “to enjoy and to share the gifts of God in creation, and to live in joyful response to these blessings,” celebrating God’s glory and goodness.2

1. God wants you to enjoy Him through the world He created.

2. God wants you to enjoy the world He created.

In Isaiah 25:6, the prophet speaks of God’s future victory over death as a time for feasting on rich foods and well-aged wines. Revelation 19:7-10 refers to this same time period as the wedding supper of the lamb. Throughout Jesus’ ministry, He attended weddings and celebrations and described the kingdom of God as a wedding banquet and feast.

Many activities built around friendship, community and celebration like Bible studies, prayer meetings, community groups and ministries to the poor can be spiritual practices and ways to enjoy the world God created.

3. God wants you to care for the world He created.

God created human beings in His image and likeness to reflect and represent His goodness, justice and love (Genesis 1:26; Psalm 8:4-8; Hebrews 2:5-8). God then gave them a responsibility to care for the world. In the Garden of Eden, God gave Adam and Eve the responsibility to tend His garden, symbolizing that human beings are God’s royal priests (Genesis 2:15; Exodus 19:6; Revelation 1:6, 5:10).

As servants of God, human beings are responsible to care for God’s world. This includes caring for the poor and marginalized people in every society (Leviticus 19:10; Deuteronomy 15:11; Isaiah 61:1; Matthew 25:34-40; Galatians 2:10; James 2:6). Thus it’s consistent with Christian values to work toward economies that are just and environmentally sustainable and to build societies that uphold safe business practices, fair labor laws, justice and compassion.

Many activities like community organizing, social work, ministries to the poor or environmentalist movements can be spiritual practices and ways to care for the world that God created.

The world is God’s work of art, created to display His glory. This teaching is at the heart of Christianity and gives life to Christian spirituality and worship. Because God created the world, Christians are meant to care for it, embrace it and enjoy God through it.

If you want to know more about what Christian’s believe, a good place to start is with our article, “What Is the Gospel?”.

What is Sanctification and How Does It Work?

Sanctification is the process through which God makes a person more like Himself. Here’s what you need to know about it.

Your Identity in Christ: How God Sees You

So many things clamor to define you. But as a follower of Christ, your identity can and should be grounded in one thing: who He says you are.