A phone app gives Tom an opportunity to share about Jesus. 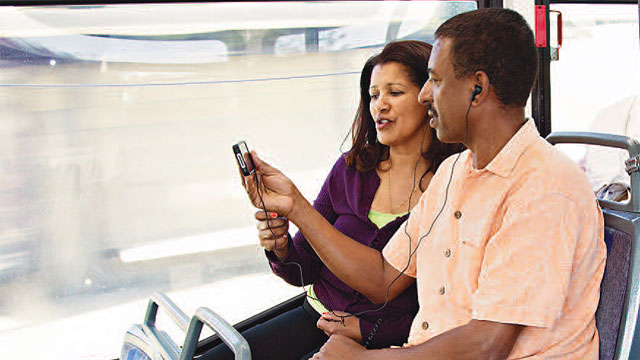 Tom Cannavino was riding in a hotel shuttle bus at a conference and noticed the driver had an accent. Tom asked and learned his name was James and he was from Kenya. When Tom asked what language he spoke, James told him, “Luo.” Tom went to the new Jesus Film Media app on his phone and selected “maps,” went to Kenya and saw that there are 37 languages. Tom found Luo and emailed it to James from his phone. A day later Tom received the following email:

That video is great. I had watched the English version before, but I was really fascinated watching the Luo version. I have sent the link to a number of friends and relatives here in the US and back at home in Kenya. Thanks very much.
James

The app gave Tom a connection with James when he got his email address. If Tom had just given him a DVD, it wouldn’t have had the potential to go viral on its own. This app makes it possible for everyone to talk about Jesus with anyone, anywhere. There are many people living in the US from other parts of the world. This app gives an opportunity to give them the gospel in their heart language. From there, they can send it on to friends and family around the world.

Visit jesusfilmmedia.org or download the app from the App store on your iPhone, iPad or in the Android Market.