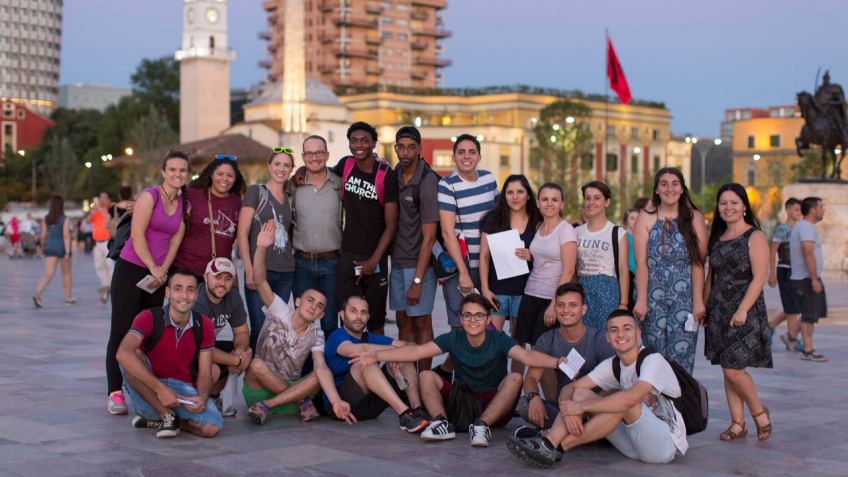 Located in Southeast Europe. The Adriatic Sea and Ionian Sea border on the west. Land borders with Greece, North Macedonia, Kosovo and Montenegro. Religion was banned in communist Albania in 1967. With the fall of communism in 1991, the country opened once again to religious freedom. The majority of Albanians are nominally religious, but the practice of several traditional religious groups is growing. Albania represents an amazing work of God. Modern day Albanians are the descendants of the ancient Illyrian people, to whom the Apostle Paul was the first to preach the gospel. In Romans 15:19 the Apostle Paul wrote, “So from Jerusalem all the way around to Illyricum, I have fully proclaimed the gospel of Christ.” In the 15th century, the Ottoman Empire overtook this land and the majority were converted to Islam. In the mid-1900’s, the Albanian government turned to isolationism and harsh communism. In 1967, Albania became the world’s first atheistic state and perhaps the most unreachable nation in the world with the gospel. But God was not finished with Albania. Many were praying! After the fall of communism in 1991, religious freedom returned to Albania. Since then, the response to the gospel has been encouraging, with tens of thousands coming to faith in Christ. The ministry continues to grow in depth and breadth of societal impact. Albania today represents a bright hope for the gospel in the Muslim world.