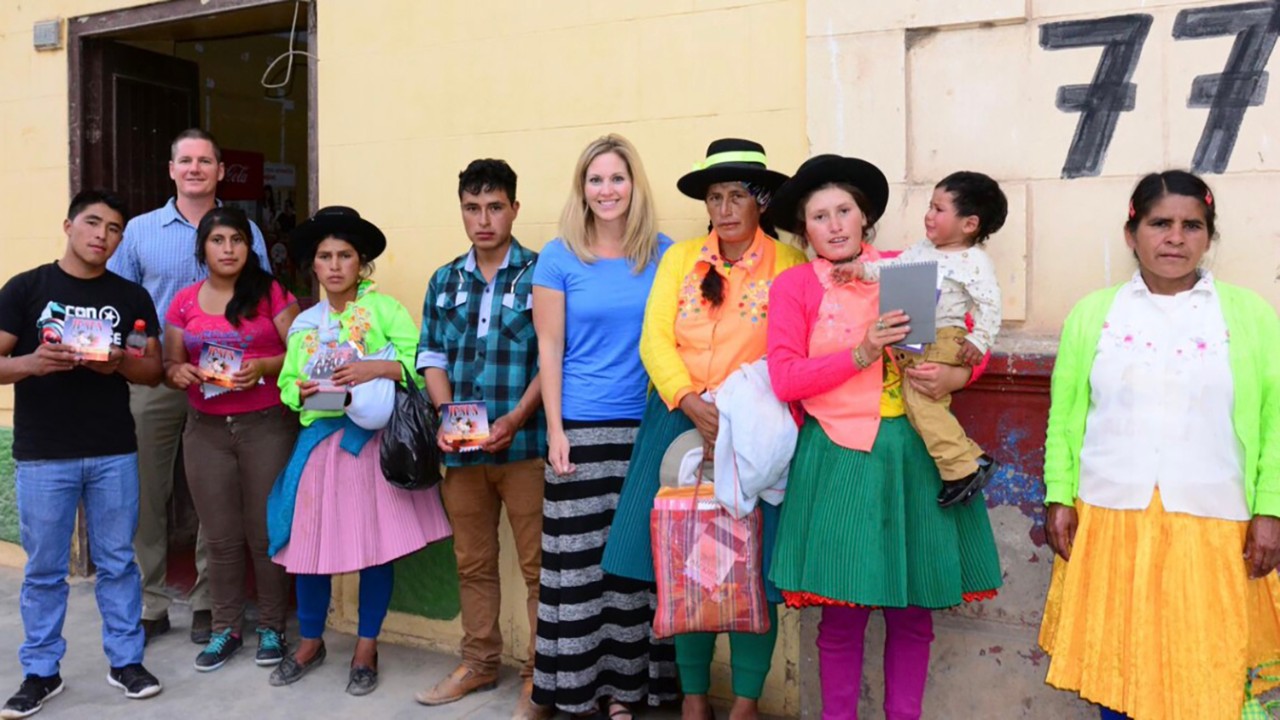 The town of Huánuco, Peru – located at the 6,000 foot-level in the Andes – was celebrating it’s 105th anniversary. Loud music blared in the town square as the people consumed their corn beer in celebration.

At a local church, Cru staff members Matt Thiessen and his wife, Liz, were discouraged. They had invited the Quechua Ambo-Pasco people to the showing of the JESUS film that night. Based on the Gospel of Luke, the film was the first in the Peruvian people-groups’ own language of approximately 120,000 speakers.

Yet as people continued to celebrate in the town square three-fourths of the 200 chairs sat empty.

Liz poured out her frustrations to God, “LORD, why didn’t you bring these people here?” Yet Matt and Liz also prayed separately. “LORD, you know what you are doing and you have a plan and so we trust you.”

20 minutes into the film showing, a power outage darkened the church and paused the film.

Matt walked outside the church and noticed the power around the city remained on. Matt prayed against spiritual warfare. But then they received a report that the power was knocked at the town square a half a mile away too. When the town square lost power, the live music ceased and the crowd began to disperse for the evening.

But the JESUS film team had a back-up plan. They brought a solar-powered projector with them as a gift for this local church to bring the gospel to the remote villages of the Quechua Ambo-Pasco people. So they jumped in and used it during the power outage.

Since the people from the Quechua, Ambo-Pasco had to pass the church on their way home, Matt parroted a Spanish phrase to invite them in, “Una pelicula gratis en Quechua Ambo-Pasco a’ Jesus Cristo por favor.”

Nearly everyone he invited came in. About 15 minutes later, the church that had been mostly empty had people seated in all 200 chairs plus wherever else they could find a place. Some sat on the stairs, others leaned against the walls and some stood in the aisles.

And the end of the film, the audience was invited to place their faith in Jesus. On that evening showing, mostly older people placed their faith in Christ. They came up front had a conversation with the pastor and then he prayed individually with them.

Matt remembers a little old lady that came up to them after she had given her life to Jesus and said to him and some others from his group through a translator, “Thanks for not overlooking us!”

After hearing this woman’s response, Matt teared up. Reflecting on this incident later he said, “We had this little people group [120,000 language speakers] that were kind of despised. Nobody really cared about them, But God cared about them.”