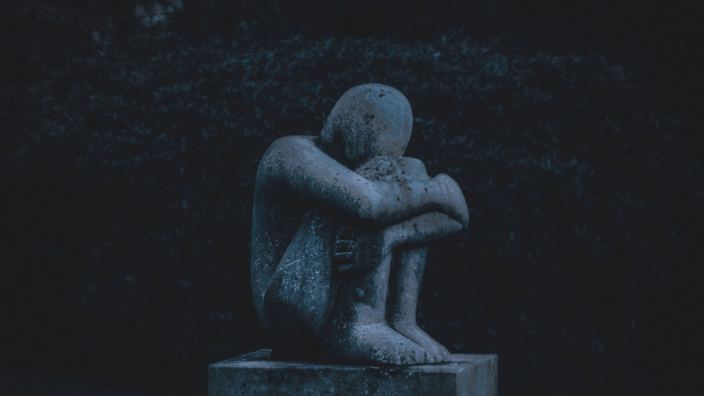 “She had taken her own life only moments before we walked in.”

My life was probably like many 20-something’s – until the day I walked in on my mother’s suicide. Back in college I was like a lot of students, trying to get a degree, hold down a decent job, and squeezing in as much fun as there were remaining hours in the day. Just a few months after graduating from college, I married my college sweetheart, packed up my things and moved to Colorado. We were doing whatever we wanted and enjoying our youth.

There was always this looming pressure to be successful, which to me meant making money. Many of my family members were very successful as were some of my close friends. I wanted to succeed on my own but found myself starting out with low-paying dead end jobs that certainly were not taking me anywhere. I wasn’t really sure what I wanted to do with my life. To add to the pressure, I was feeling like I wasted my college years on a degree I would never use. Life was becoming a little scary; there were so many unknowns. I was feeling like I was letting my wife, my family, and myself down regularly. To say I was lost is a massive understatement.

Then one ordinary day in 2006, my brother and I grabbed lunch and went over to my mom’s house. We found her in bed lifeless. She had taken her own life only moments before we walked in. Her gun, still warm, lay beside her. We frantically tried to revive her, it was no use, she was gone and we never saw it coming.

I suppose many people might find themselves turning to God at a time like that. But I just got angry at God. Why did He let that happen? Didn’t He love me? Was He even out there? My grief was pretty much focused on myself. I wasn’t even thinking about how this might affect others.

I had genuinely begun a relationship with Christ as a teenager. I had heard that we all have rebelled against God’s commands and that Christ had died on the cross to pay the penalty for our sins. That was when I prayed a simple prayer to surrender my life to Him and accept His gift of forgiveness for me. Over time however, I drifted further and further from Christ and he became almost a faded memory through college and beyond. So when tragedy struck I didn’t have any spiritual resources to deal with it.

Sadly, things got much worse. 9 months later it was my brother’s birthday and there was a huge party of people waiting for him but he had not arrived. My father and I had tried to reach him for hours. We decided to swing by his place and see if he was there. When we let ourselves in we found my brother dead on his couch. He had taken his own life with a gun that my father and I had just bought him for his 24th birthday.

My heart fell out of my chest and shattered on the floor, I can feel this as if it is happening again when I talk about it. Why was this happening? After about an hour of shock, I began to feel so scared and alone, even though I was there with my father, my wife and other loved ones. I was falling apart and questions filled my mind. Am I going to kill myself? I would have never thought that this was even possible for my mother, much less my brother. Was I next? Were things going to seem that bad to me? Maybe God is punishing me.

Everything I knew or thought I knew was crumbling beneath me.

I was completely lost and devastated by these experiences. In an effort to help me find peace, my father set up a lunch for me to meet with someone to get a little spiritual guidance. I went with a cynical attitude, not expecting much. I wasn’t really interested in seeking God, in fact I could care less about Him. I was convinced he didn’t even exist.

Then in 2009, my stepbrother asked me to volunteer at a Cru City event. I went thinking I was helping my stepbrother out. It turned out that the University of Texas quarterback, Colt McCoy was the speaker, so I sat down to hear what he had to say. Colt shared how his relationship with Christ enabled him to handle the pressures and temptations that go along with Texas football. Intrigued, I asked to learn more and a staff member invited me to join a men’s study group to explore how Christ could make a difference in my life. I decided to give it a shot.

The changes weren’t overnight but, as I began to learn about God’s great love for me, my love for Him started to grow. I began to develop a relationship with God and as time went on I began to trust him and turn more and more of my life over to him.

The biggest change was the comfort from God regarding my mother and brother. My anger at God changed to gratitude as I experienced His peace and perspective. It became evident that God had been with me the whole time. He was the one who got me through it. Trusting God has given me a peace no therapy could have.

I now have a growing freedom from the worries and fears that I had before. I have a peace that comes from knowing He is in charge of my life and has promised to care for me. Amazingly, life is no longer about me and my wants. Christ has given me a new joy and fulfillment in helping others. Now I define success by quality of life, by the relationships I have, by the time spent with loved ones, and most importantly, by my fellowship with God.

My walk with God is really just beginning. It is a process. I am far from perfect, I still struggle with worries, but now when they come I know to stop, and reflect on who is in control, and then turn concerns over to Him. I am learning to put my life and future in God’s hands and trust that he will care for my family and me. I can sum up what God has blessed me with in one word — “FREEDOM.”

“Why Do They Keep Talking About Jesus?”

Diversity reflects God’s unique design. Learning about diversity can deepen our faith in God and love for others. For diversity to flourish, humility is essential.

Remodeling Lives One Home at a Time

Eric Wilkes is a 24-year-old vice president for Lightyear Alliance. The Indiana native has been meeting at Denny’s every other week with Gary Kirschman for six months. Gary works with Cru's city ministry.