Helping My Brother Through the Door 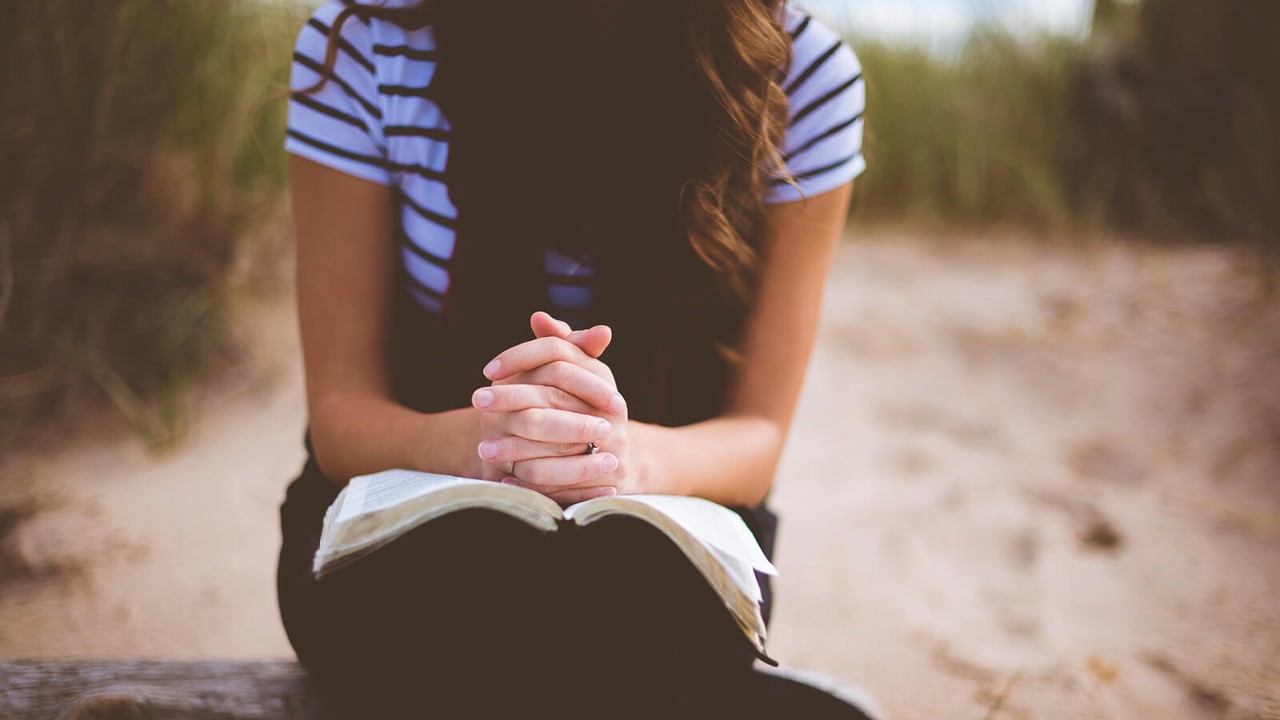 “Don’t you do what Ginny did,” my brother Terry said angrily.

It was 1974.  We were in Maryland at our parents’ home, talking about giving our hearts to Jesus, which our older sister Ginny had recently done. Terry was the big brother I had fought with growing up, but dearly loved.

I was 19, and thinking about following Christ, too. We were churchgoers, but not close to God.  A year after Ginny told Terry and me how to know Jesus personally, I gave Him my life, too. Terry thought it was “a bad idea.”

We soon scattered – Terry to Wyoming, and Ginny and her husband, Dan, to Papua New Guinea with Wycliffe Bible Translators. Joining Cru, I worked in the Virgin Islands and Mexico, and after meeting my husband, Ed, in the Philippines.

We all prayed for Terry.

As a new believer, I had learned about fasting. I decided to pray and fast Friday lunches for Terry’s salvation (with timeouts for pregnancies and nursing). Sometimes my prayers were impassioned.  More often, they felt feeble.  Still, the habit of fasting reminded me to pray.

Every few years, I wrote Terry about giving his heart to Jesus.  He seemed disinterested until 1985, when I recorded his recent comments in my journal – “I’m not a heathen,” and, knowing Jesus “sounds good.”

The same journal entry included my study of Romans 10:1, where Paul declared, “My heart’s desire and my prayer to God for the them is for their salvation” (New American Standard Bible). I wrote, “Is my brother’s salvation my dearest dream? Yes – and my prayer.”

I heard Joy Dawson of YWAM speak on prayer in 1989.  She recommended that we pray not only for our loved ones’ salvation, but also that they would become Christians of influence. I added that to my prayers for Terry.

Sometimes, Terry drove trailer rigs for a living.  Driving through Florida one night in 1996, he could only find a Christian radio station on the air.  Something he heard led Terry to conclude that Christianity might be true.

Soon after that, Ginny and Dan, Terry, and Ed and I met in Kansas for a visit. Terry showed us materials he had ordered from the Christian radio station.  One night in Kansas, he dreamed that I was standing on the other side of an open door, calling to him to come through.

After supper the next day, each of us shared again with Terry how we came to know Jesus.  Dan asked Terry what he thought salvation would be like, and he answered, “It’s like going through a door.”  We all agreed.  Terry didn’t tell us he answered that way because of his dream.

He wasn’t ready to pray with us, so Ed asked him if he knew what to do to begin following Christ, and he said he did.

On the phone with Terry a few days later, I heard the news I had longed to hear for 21 years. Alone in his home, Terry had prayed, “My Father in heaven, please forgive my sins.  Thank you for your Son dying on the cross.  Please come into my heart and be my Lord and Savior.”

He’s never said what those things were – we only know that our joyful, peaceful brother is proof of 2 Corinthians 5:17, “Therefore, if anyone is in Christ, he is a new creation. The old has passed away; behold, the new has come.”

Terry loves studying the Bible, praying, sharing the gospel and ministering to others. He has become a Christian of influence!

Twenty-one years of prayer and 17 years of fasting 1 meal a week seem like nothing now that Terry knows Jesus.  Having this “new” brother is one of the greatest answers to prayer of my life.

What about you? Is God leading you to pray and fast on behalf of a family member or friend?

About the author: Judith Neibling has been a staff member of Cru since 1977. After 6 years of serving in Latin America and 28 years in Asia, Judith and her husband, Ed, returned to the U.S. in 2014. Judith serves as a writer and editor in the office of Cru’s president, Steve Douglass. Judith and Ed have 3 children, all born and raised in the Philippines. Judith thrives on languages, literature and music.

There was Peter’s threefold denial, Jesus’ temptation in the wilderness, and my battle with a ham sandwich on day six of my forty-day fast.