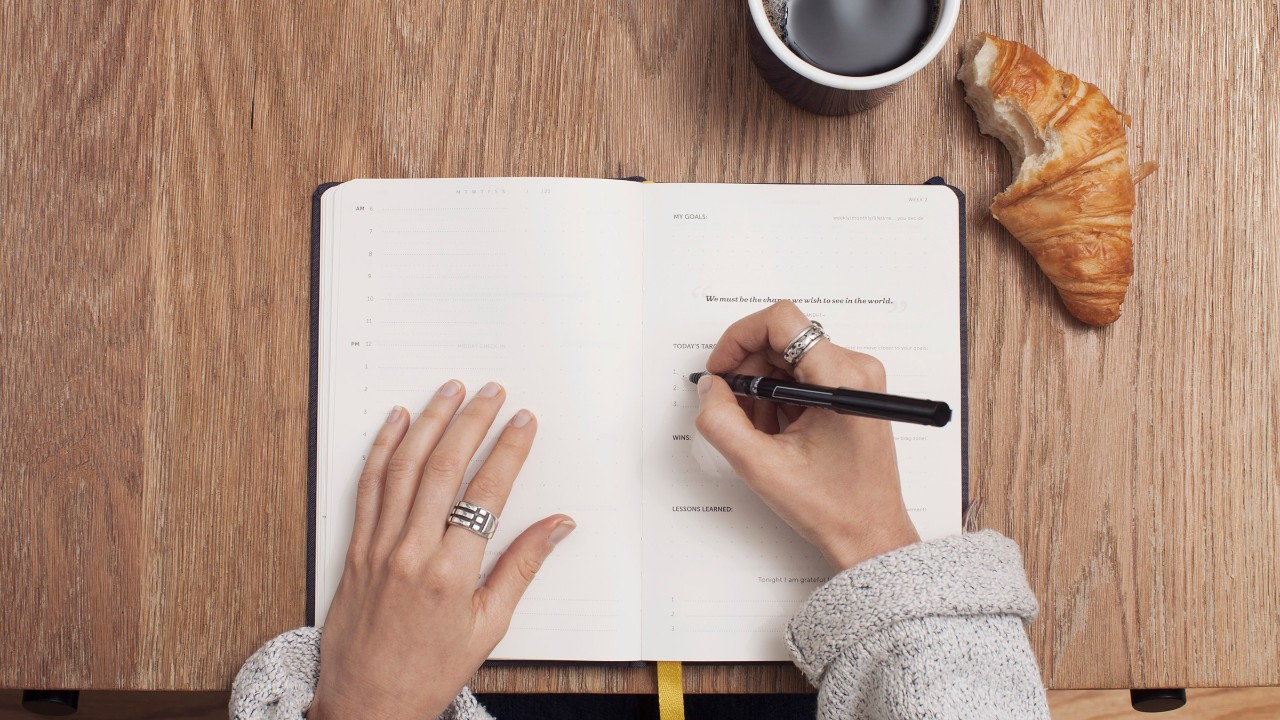 I spoke excitedly with a wise editor who worked with Cru. I had never met someone who loved both writing and the Lord.

We talked journalism for an hour. Then I said, “But I think God may be calling me to be a missionary instead.”

He responded, “Will you be a writer too?”

I told him I’d realized my pursuit of journalism was ambitious, hanging my head ashamed.

He answered, “What’s wrong with ambition?”

I didn’t know what to say.

I knew there was selfishness wrapped up in my past ambitions. I also knew God was changing me. I didn’t grasp that He could redeem my ambition as well.

These words have rung in my ears since then, and they have shaped me.

When Christ crashes into our lives, He doesn’t demand we stop dreaming. Rather He starts taking back our ambition – the desires, the talents and the dreams He has given us – for the sake of His glory and the good of people. In faith, He asks us to step out and give all we have to Him, knowing sometimes we will fail, but trusting Him to do the rest.

Dave Harvey, who wrote Rescuing Ambition, says, “If our understanding of doctrine creates passivity toward God’s empowering presence, or cools the hot embers of our ambition, we’ve misunderstood God’s sovereignty. When we rightly understand God’s caring control over all things, that knowledge should ignite robust faith toward Him and bold desire to act in our hearts. We see God more clearly, so our ambition can reach further.”

Here’s why we should give God all we’ve got when it comes to our ambition:

1. God made you distinctly.

If you grew up in any church, at some point you were probably handed a sticker that read, in colorful font, “God made me special.” When did you stop believing that?

Just as that editor told me years ago, God shapes us uniquely. He made us with a specific personality, set of skills and talents, and certain relationships. Even through hardship, He has shaped our hearts with particular passions.

We are made distinctly in the image of God. And we are meant to mark this world in a specific way. That is the root of a godly ambition.

2. God is made big in our littleness.

The mistake I made when I first realized some of my ambitions were selfish was to back off and be “humble.” That is, I made myself smaller, stopped working hard toward this dream that made me look great, and instead was just quiet. I later realized humility and ambition are not in opposition with each other when they are both in Christ.

In fact, God does big things through ordinary people all the time. It magnifies His greatness.

Whether through “the foremost” of sinners, the apostle Paul (1 Tim. 1:15), or a shepherd boy with a slingshot (1 Samuel 17) or a 15-year-old Jewish girl in the middle of the Holocaust (Anne Frank), God has used the small successes of people to change the world forever. Because He caused it. They did not.

Stepping out to do the ambitious things God has made you for – whether being a parent, starting an organization or becoming a missionary – boils down to faith.

Dave Harvey, who wrote Rescuing Ambition, calls unbelief, the opposite of faith, a paralysis of the soul that chokes our godly ambition. He says, “If we’re gripped by unbelief, life is about survival, and faith is a mirage.”

The only way to regain faith is to turn toward Christ. In doing so, our ambition honors God.

The actions that come out of our faith do not save us, but they explain who we are: I am Rebecca, a child of God who loves Him and whom He made to write. Godly ambition is a fruit of faith.

We can find many examples of God being glorified through the success of people – especially unlikely people. God can be glorified in our dreams coming true – He is redeeming them, so often He put those desires in our hearts to begin with.

But we need to realize that, at the end of the day, the Lord commands our futures and He is trustworthy. Sometimes He desires to be glorified in broken dreams or in failures. Our failures, like our weaknesses, can glorify God when we are His. Ambition can be a beautiful, godly adventure. But even if ambition fails, God remains great.

Something Bigger Than Me

When I am asked to picture who I am in Christ, I still see the little girl I once was. I was, and am, a dreamer, wondering about the world around me, creating pictures in my head and writing page after page.

I reflect a side of God that is imaginative, a storyteller.

I have a friend from college who majors in astrophysics – the complexities of which I can only imagine. He glorifies God in showing His knowledge and His logic.

I have another friend who spent a year as a foster mother for disabled children in rural India. She is an incredible example of God’s wisdom and His love.

Both of these friends are very ambitious, as am I.

At the end of good ambition is never a shrine made to us. It is always for the good of people and the glory of God.

As we earnestly pursue the person God called us to be, we show Him as incredible, because we are made in His image. We make the world closer to what it is meant to be. We glorify our King.

What dream has God given you to show a special side of Him? How has God called you to influence the world with your gifts? What hope is God calling you to trust Him with? And where is the brave child of God He made you to be?

How being available opens the way for friendships and opportunities to introduce others to Jesus.

Building rest and restoration into the rhythm of life.

Made for Something: Part 1

Discovering what you were created for