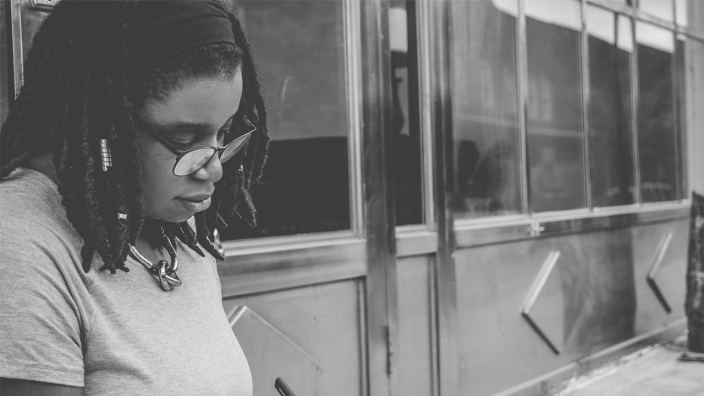 As I sit on my back lanai at 6:45 a.m., listening to the birds slowly welcoming the morning, my heart is grieved by the senseless murder of another black man. If my mind was a moving car, I would certainly get a speeding ticket, but I can’t seem to slow it down.

As I got the news about George Floyd being murdered on video, my mind went straight to: “He must have done something to deserve it.” “What did he do?” “If he had only complied with the police he would still be alive.” “Let’s just wait for the facts.” “Someone must have tampered with the video.” These are just a few statements I know are being made.

When my 31-year-old son goes walking in his apartment complex, all I can think is, “Lord, please protect him.”

While my 21-year-old son was out on a date last night, all I could think was, “Lord, please bring him home safely.” When my 31-year-old son goes walking in his apartment complex, all I can think is, “Lord, please protect him.” Even though I raised some awesome black men who are educated, respectful and responsible, I know if they ever have to go toe-to-toe with the American system, no matter how “good” they are, they are going to be guilty until proven innocent. Our justice system claims to do just the opposite, but that only seems to work for certain people.

I have had the opportunity to visit many African American museums around the country, and I shudder when I think about the different memorials of so many black men and women who were lynched, shot, burned or whatever an evil heart could conjure up. The sad part is that all of their murderers were acquitted even after the victims were proven innocent.

Being in this space is so tiring, and sometimes it feels useless.

As I work full time trying to help bring unity within the body of Christ, incidents like these make me ask God, “What’s the use? If people who profess your name don’t get it or don’t even care, then why should I even bother?” Being in this space is so tiring, and sometimes it feels useless.

Beloved, never avenge yourselves, but leave it to the wrath of God, for it is written, “Vengeance is Mine, I will repay, says the Lord.” (Romans 12:19, English Standard Version)

Fret not yourself because of evildoers; be not envious of wrongdoers! (Psalm 37:1, ESV)

They are all gone now, and so are their oppressors. And every last one of them — good and bad — had to answer to a Holy and Righteous God. He judged them not on their economic status, not on their privileges or just whether they prayed a prayer, but on what was in their hearts when they prayed it. I’m so glad that God is the Great Equalizer. That’s the hope that my ancestors held on to, and I must do the same.

I’m so glad that God is the Great Equalizer. That’s the hope that my ancestors held on to, and I must do the same.

Ahmaud and George, you have made the list of so many who have gone on before you, and unfortunately of so many who will come after you. Your videos help say what so many before you couldn’t say: “There is a problem in our nations, and Christians need to stand up.”

I can only do my part where God has placed me, but I hear you. I will do all I can to bring understanding and show that God loves you too. I will continue to speak loudly for you, for my sons, for my husband, for my nephews, for my cousins, for my uncles, for my neighbors, for my co-workers and for my friends.

There is an old negro spiritual that says, “Nobody knows the trouble I’ve seen, nobody knows my sorrow.”