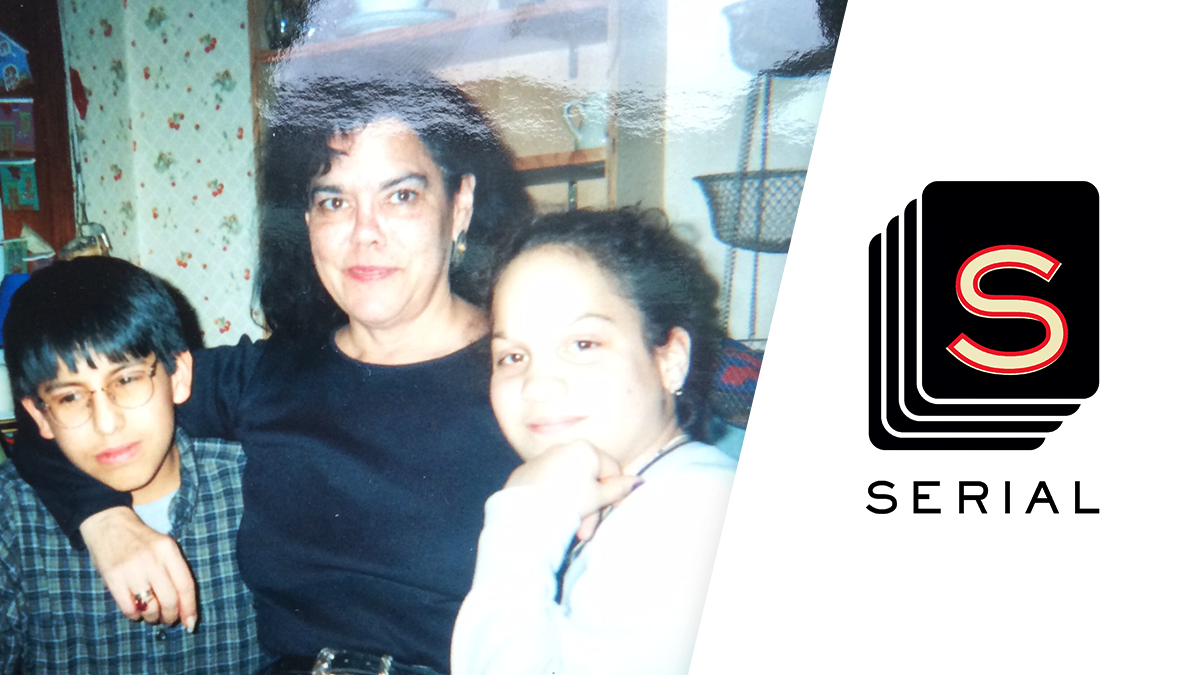 Roberto Gutierrez is pictured with his mother, Cristina, and sister Micajela Orallia Gutierrez

It would have been easy for Roberto Gutierrez to be hurt and bitter as he heard his mother’s voice on the “Serial” podcast.

It was in Episode 8 that the 29-year-old heard his mother in the courtroom. The podcast host, Sarah Koenig, describing Cristina Gutierrez as aggressive, saying her behavior could have hurt the trial of her client Adnan Masud Syed.

“That was hard to hear,” Roberto said. “Not because of the podcast but to hear her voice. [My mom] was talked about in a way that wasn’t the full picture of what was going on with her.”

Gutierrez worked as a lawyer in the Baltimore area for nearly 20 years as a public defender and a criminal defense lawyer. It was a 1999 murder case Gutierrez defended that put her name in the spotlight.

“It came out of nowhere,” Roberto said. “It’s the most popular podcast ever and the fact that it’s based in Baltimore on a case that’s more than 10 years after the fact is shocking. I listened to the whole thing and the one thing I took away from it was it’s not just entertainment. There are real people affected by this story.

Gutierrez died in January 2004 from a heart attack exacerbated by multiple sclerosis. Following the podcast, she was accused of providing ineffective counsel for her client, Syed, who was found guilty of the murder of Hae Min Lee.

“I want to respond to this in a truthful and graceful way, not returning evil for evil,” Roberto said. “I’ve been praying for justice. I want the truth to happen. I want Syed to go through the justice system and if my mom didn’t do a good job he should get a retrial. I think God cares about justice.”

Roberto has been clinging to 1 Thessalonians 5:15,

“See that no one pays back evil for evil, but always try to do good to each other and to all people.”

“I can’t let circumstances create bitter and sinful thoughts in my heart,” Roberto said. “It would have been easy to demonize the people saying things about my mom, but I can’t let my heart be callous.”

Gutierrez was bedridden the last few years of her life. She and Roberto rarely spoke during that time despite living in the same house.

During his senior year of high school, Roberto became a Christian.

“I was a new Christian when I started college,” Roberto said. “I would do things with Intervarsity and Cru so I could be surrounded by other Christians. It was that time when I started trying to grow in my faith and understand what it all means.”

Today, Roberto is married, finishing his master’s degree in teaching and volunteering as a student pastor at Rainier Valley Church in Seattle, Wash.

Following the podcast, Roberto was approached by a Baltimore Sun reporter to share his mother’s side of the story.

“As Christians we’re in this culture,” he said. “We’re supposed to love and engage people. I think God gave me a lot of peace in doing that and in speaking truth to the things about my mom.

“I can extend forgiveness and justice because those are the qualities God has bestowed on me. We’re not called to retaliate just because we’ve been hurt. The gospel is that Jesus loves us even when we speak lies and retaliate against him.”