THE HIGH SCHOOL MINISTRY OF CRU

Let’s suppose that you and four other friends decided to spend the next 20 years of your lives reaching the world for Christ. You got your heads together, plotted your strategy, and laid out your plan. Each of you would commit yourselves to a plan of spiritual addition, setting up meetings or personally to share Christ with at least 25 people every day, for 20 years. That means that you would collectively share Christ with nearly one million people. Now that would be some kind of accomplishment.

But reaching one million people is never going to reach the world, so you decide to find a different strategy. Each year you and your four friends would select two individuals whom you would disciple, training them to feed themselves from the Word, showing them how to share their faith and how to minister to new Christians. At the end of one year each of your disciples would be ready to disciple two more Christians. There would now be 15 of you involved in discipleship ministries—not a big crowd, but it’s a start.

However, if each of you trained two more for a year, you would then have a total of 45, the next year 135, and the next year 405. You would have developed a multiplication network. In ten years there would be 295,000 in your multiplication network. In fifteen years you would have 71,744,535 and in 21 years over six billion— the present population of the world!

Now, not everyone is going to become a multiplying disciple at one-year intervals. God works uniquely in everyone’s life. And of course there will be dropouts. But the point is still well made. If you want to reach people with the message of Christ you will want to do it through multiplication. It’s God’s idea (Genesis 1:27; 2 Timothy 2:2).

To be one who is giving out to others we first need to be taking in spiritual food ourselves. In other words, to be a disciple, you need to be discipled. You need to be learning from someone who is leading you. In 2 Timothy 2:2 we have four generations of spiritual multiplication. Paul is the first, Timothy is the second, faithful men are the third, and others are the fourth. Multiplying spiritual training from one generation to another had to begin with Paul and the specific things he taught Timothy. Are you learning?

Who has had the greatest impact on your spiritual growth?

What would you consider the most significant spiritual lessons you have learned?

What are the three most important things you would teach your disciples?

The second principle in 2 Timothy 2:2 is found in the statement, “in the presence of many witnesses.”

This may seem like the most difficult part of this verse to understand. What is Paul saying? If we look back at Paul’s ministry with Timothy, we find that there were times when Paul taught and challenged Timothy in the presence of other Christians (1 Timothy 6:12; 4:14). The witnesses could have been those present. But Paul, in this statement, is also drawing Timothy’s attention to the fact that he discipled men in groups, a principle that we should take into consideration.

Why do you think it would be wise to have a group of disciples rather than just one?

In your opinion, what size group would be best, and why?

Jesus had all the spiritual gifts and resources possible, and still chose only twelve disciples. From those twelve He chose three with whom he spent most of His time. Why? Because the time He had would not allow Him to spend quality time building men if He worked with too many. He would be spread too thin; His multiplication ministry would have broken down.

This is a good guideline for you. Two to four disciples is a good number to begin with.

The third part of 2 Timothy 2:2 is this, “these things [that you have learned] entrust to faithful men.”

The dictionary tells us that entrust means to invest a trust or a responsibility; To commit as if with trust or confidence. In this verse Paul is not talking about just casual communication from one Christian to another. He is talking about building leaders—people who will be entrusted with communicating the most critical message in the world, and that requires trust and faithfulness.

Think of an example of someone you know who is faithful. Describe why this person is faithful.

If you had the cure for cancer, who would you trust with the message? Why?

Paul is not talking about men and women who are just faithful believers, but faithful in the sense of trustworthy, true to one’s word, loyal, can be relied upon, thorough. So when Paul is talking about entrusting faithful men, he is talking about investing his time in people who are loyal. These people will take what they have learned and pass it on to others.

Paul was talking about people who were not quitters, but those who would stick with the job.

The fourth thing Paul tells Timothy is that he is to enlist faithful ones “who will be able to teach others also.”

How would you describe a person who is able to teach others?

When Paul tells Timothy to invest his life in able men he is talking about people who will someday be able to lead, leaders of multiplication. Who is an able person?

Character includes such things as honesty, humility, faith, confidence, teachability, selflessness. Qualities like this grow as we grow spiritually. It is character that makes us faithful.

As you lead others, why do you think your character is more important than your ability?

The purpose, then, of your multiplication ministry is to build up others and train them to do what you are doing. Leadership x leadership = the fulfillment of the Great Commission (Matthew 28:18-20).

Where do we find men and women to disciple? We are not looking for super-Christians. We are looking for people who simply want to grow spiritually, who want to be used by God, even through they might be young in their walk with Christ. Even if you are young, you can be a multiplier.

What, in your opinion, would be some indications that a young Christian is ready to be part of a discipleship group?

Putting it All Together

Have you thought about your life objective? How do you want to your life count? Describe any goals you have for your life and the type of ministry you want to have.

What is the most significant thing you have learned in this study?

Remember, multiplication is the key to reaching your campus, and the world.

You May Also Enjoy These Articles

What they’re saying about Cru 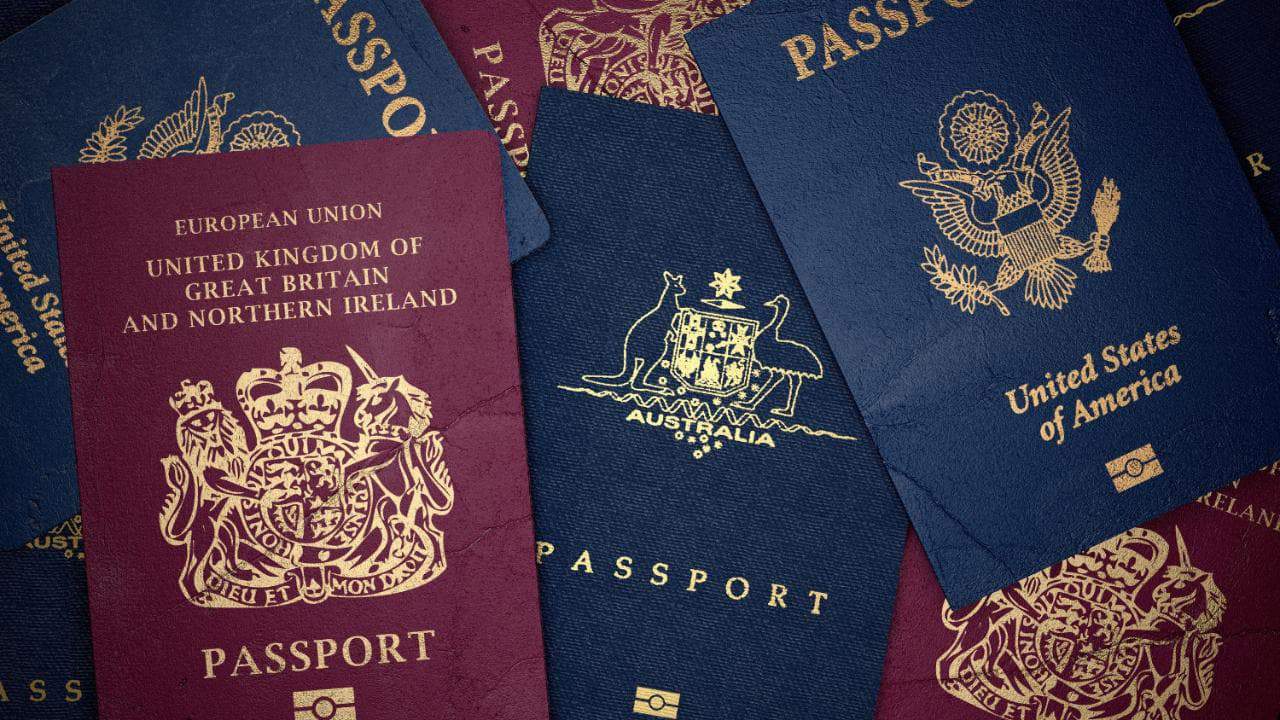 Imagine taking a year after high school graduation to explore who God has created you to be, grow in your relationship with the Lord and reach out to high school students in other cultures.

WHO  –  A Gap Year is for 18-20 year old students. You must be 18 by the time you travel overseas. Applicants must have a surrendered and teachable heart for the Lord. It is important to have a willingness to learn how to share your faith and take opportunities to share the Gospel with those that God brings into your life. A servant’s heart and a humility to learn about and respect the differences of other cultures is important.

WHAT  –  A Gap Year is a 9 month adventure that will transform your life, give you opportunities to trust God in greater ways and share the Gospel with high school students across the globe.  You will be going to high school campuses to meet students and develop relationships so that you can share the Gospel and disciple those who are interested.  You will meet students through speaking in classes, sharing your testimony, playing sports, sharing your life and many other things. Your team can choose to visit an orphanage, serve at a refugee camp or meet the physical needs of others.  The majority of the focus will be developing relationships, sharing the Gospel and discipling those who respond.

WHEN  –  Cru’ s Gap Year starts in the Fall of each year.  You will start in September with training and development in Orlando, FL and then travel to your ministry location(s). There will be a short debrief back in Orlando mid May.

WHERE – There will be two Gap Teams. You can decide which team you would like to serve on. One team will stay mainly in one location and the other team will travel to multiple locations.  When a team is full you might be asked to join a team that has needs.  There might be a chance that we would ask you to pray about another option than what you chose. This would be to even out teams, but you will not be required to change.

WHY –  Gap Years have been proven to have a positive impact on academic performance in college. Research shows that students who participate in gap year programs often perform better in school, have a better sense of direction in their lives, and have higher employability than those that go directly to college after high school. Participating on a gap year with Cru will also prepare you to enter college with a strong spiritual foundation and the ability to be a spiritual leader and multiplier of your faith on campus.

ARE YOU READY FOR A LIFE CHANGING EXPERIENCE?

Gap Team 1: This team will go to Guayaquil, Ecuador for the overseas portion of the mission.  There will be possible short trips to other locations in South America/Caribbean to help with ministry in those locations.  The benefit of staying in one location for an extended time is you will have more time to develop solid relationships, share the Gospel and disciple students. It is not required that you speak Spanish, but it would help if you learn some of the language.

Gap Team 2: This team will go to multiple locations. You will start in a country in South America for three months, a country in Africa for three months and possibly in Eastern Europe or another area of the world for one to two months. This team will also develop relationships, share their faith and disciple students. They will also focus on raising up leaders to continue the ministry when they leave the country. Exact locations will be posted as soon as they are confirmed.