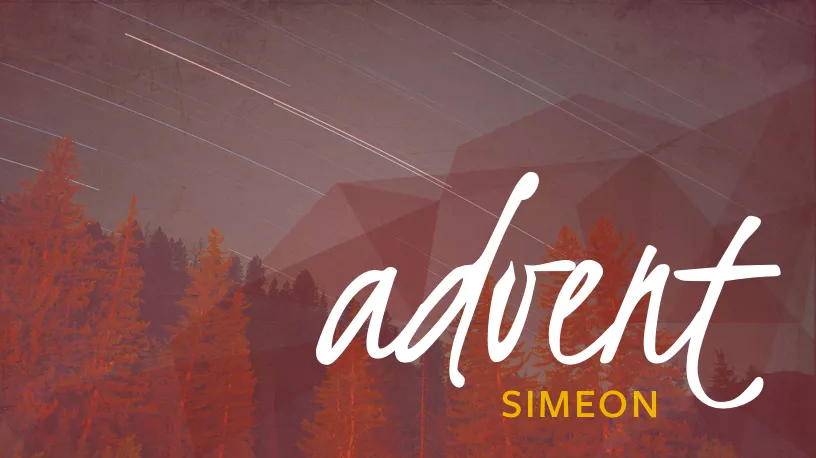 When the time came to speak, Simeon was ready.

In Jerusalem at the time, there was a man, Simeon by name, a good man, a man who lived in the prayerful expectancy of help for Israel. And the Holy Spirit was on him.

Righteous and devout: not two words we often use about people. But this is the literal meaning when it says Simeon is “a good man”. In a land steeped in religion and religious people of all kinds, his life stood out as authentic, one who could be trusted, clearly under the influence of the Holy Spirit.

Daily waiting for the coming Messiah, he came to the temple surrendered to the Lord and under His control. Would this be the day that his vision would become reality? Finally, his character, perseverance and attentiveness to God's spirit paid off. He was right where he was supposed to be when it mattered the most. And he was primed to pronounce to the world what he was seeing firsthand.

How do you prepare for when it is time to speak and to point others to Jesus? Like Simeon, we usually don't know when those times will happen. Simeon was ready, living consistent with God's principles and under control of His Spirit. He was watching for what God was doing, and when he experienced Jesus, he was ready to speak about Him. Not a bad plan to aspire to for our own lives.

Simeon's life was a daily sign of living under God's control. And his words pointing others to Jesus' mission were ready and maybe even well rehearsed in his mind.

Simeon's character seemed to match his message. Is there anything in your character that you need to address that might be holding you back from telling others about the Jesus?

Take time right now to pray and ask the Holy Spirit to continue refining you, changing your heart to surrender all of your life to Jesus.

In our day, the most publicized examples of highly devoted religious people are those who hurt others in some way. But devout was originally a positive term, a character trait to admire in others and aspire to for ourselves. But even more, devoted is the example of the Father’s love for us, his broken children. Like this father’s commitment to his son’s desire to run marathons and triathlons.

Keith has led global sending efforts for Cru, and loves drinking really good coffee all over the world.