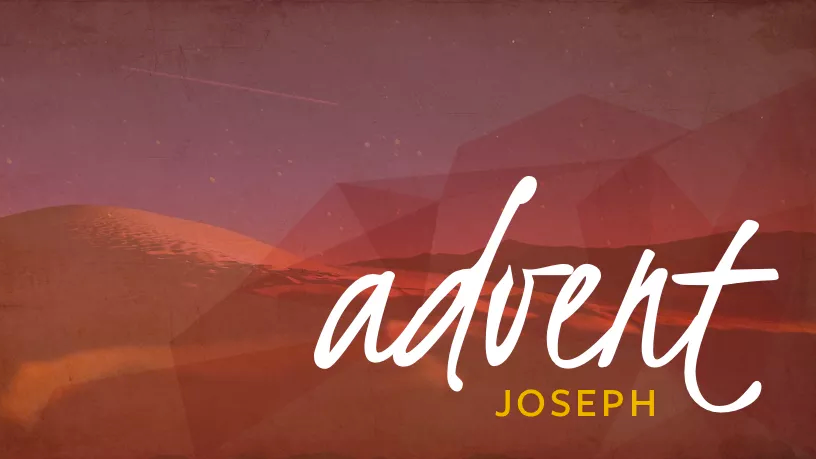 A quiet life of extraordinary impact.

Mary was pledged to be married to Joseph, but before they came together, she was found to be pregnant through the Holy Spirit. Because Joseph her husband was faithful to the law, and yet did not want to expose her to public disgrace, he had in mind to divorce her quietly.

While Joseph’s life and character are highly esteemed in the Gospels, he never says a word– not a “Hmm” or “Whoa” or “Yikes” or... anything. Yet Joseph is astounding, and his lack of speech is not unrelated to this fact. He is a picture of unquestioning obedience. God says, “Go” and he goes, “Move” and he moves. When you don’t talk back, there’s nothing to say. So Joseph says nothing. Here he is in Matthew – saying nothing…

There’s also no need to speak when others can do the talking for you. Track with me on this...

Following his death, Jesus appears to two of his disciples on the road to Emmaus…[Jesus] asked them, “What are you discussing together…?” One of them, named Cleopas, asked him, “Are you the only one …who does not know?” (Luke 24: 15-18)

In John’s gospel, present at the crucifixion are: Jesus’ mother and “Mary, the wife of Clopas.” If you were curious about this guy Clopas, and started digging through history, you might learn that Clopas is Joseph’s brother and eventually stumble upon some interesting things about his son. Clopas’ son’s name was Simon, and he was a leader in the Jerusalem church for over FIFTY years following the death of James. So the gospels reference Clopas because the original readers knew who he was.

Joseph isn’t specifically mentioned much after Jesus’ birth story, and so we assume that he must have died some time before Jesus’ public ministry, but it doesn’t much matter because the impact of his life lasted much longer. Joseph was the father to Jesus, the father of James (the Lord’s brother), the brother to Clopas, and the uncle of Simon. Joseph influenced a lot of people – a lot of family. And that’s just the family we know about.

Joseph’s quiet, faithful obedience to God’s calling echoed loudly within his family and left a lasting legacy that impacted generations.

Besides obedience, what we learn from Joseph is the significance of our witness to family.

Of the friends and family you’ll be around over the holidays, who does God want you to initiate with?

Rick is an author and speaker, and the publisher of CruPress.