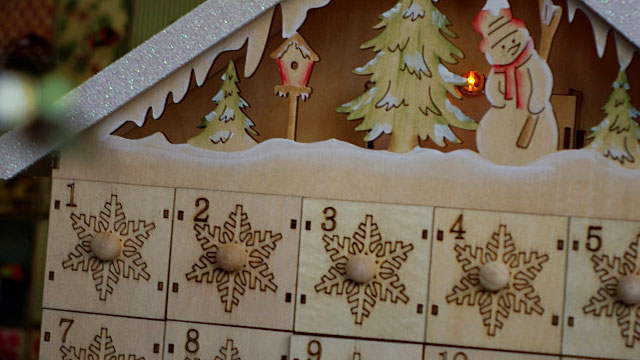 A dead man’s body lay on display inside the little church in Mexico. I stared through the glass-covered casket at the tussled wig. Plastic hands and feet jutted out beneath a faded-white and bloodstained sheet.

This was Jesus, born to die. But that day in the church, I shuddered at this depiction of Him, permanently trapping our Savior. Zeroing in on this moment between the cross and His triumphant return to life, Christ's awesome sacrifice felt forgotten, His powerful resurrection still out of sight. By focusing attention between these two eternal moments, hope in its purest form had been hideously reduced to a dead-end.

Jesus came to that lowly stable to grow up and die, and we dare not ignore His sacrificial love. His blood on those cross boards paid the eternal price of our disobedience. Yet He proved His power when He rose again. The angels sang in Bethlehem to herald a king, not just a baby. They saw the future – the big picture – and when Jesus conquered death and paid for my sins, He confirmed that He was worthy of angelic adoration.

As a Christian, the power that raised Jesus from the dead is alive in me, but sometimes I forget. And whenever I doubt His power to change me, I leave Christ in the casket. I actually deny His resurrection when I think my troubles are beyond His power.

Whenever I choose unbelief, I recreate the horror of that statue in the little church. But the casket is empty. Jesus lives.