Why Do I Need a Savior?

Supposedly I need Jesus. But why? 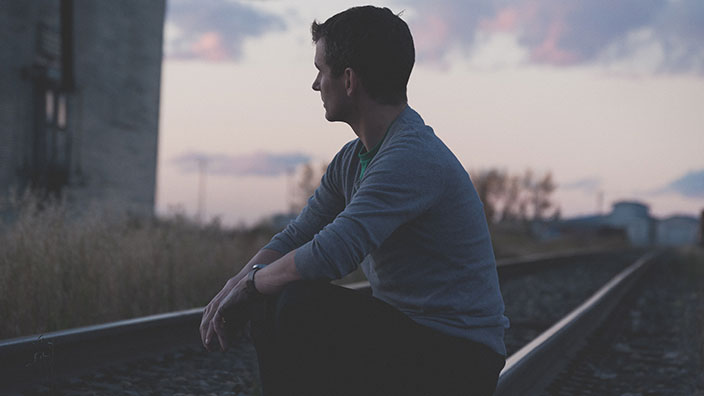 I don't like to think I need anything. I want to take personal responsibility. Do it myself. Get the job done.

Christianity says I need a savior. But what do I need to be saved from?

A disturbing dream motivated one man to write feverishly for several days. We know those words today as The Strange Case of Dr. Jekyll and Mr. Hyde. Holding a mirror to the modern reader, Robert Louis Stevenson's page-turner from 1886 reveals something within all of us.

Like Jekyll and Hyde, I am two different men trapped in one body: the smiling man everyone sees, and the darker me darting from view.

Behind the smile, that other man snaps angrily at his wife, judges colleagues for so-called shoddy work habits, and acts preoccupied when a homeless person requests help.

Like everyone else, I excuse my Mr. Hyde, hoping that my kindly self overpowers him.

In Stevenson's story, Jekyll struggled to manage his evil alter-ego, thinking he could still be a good person. Jekyll was dead wrong. Mr. Hyde may hide, but his presence poisons the whole.

If, for example, I had used just one rotten egg in my 8-egg omelet this morning, I would have ruined breakfast.

If, for example, I had used just one rotten egg in my 8-egg omelet this morning, I would have ruined breakfast.

My family would not have said, "This omelet is mostly delicious." No, one whiff of the sulfurous mixture and they would have begged for Cheerios.

Worse still, if eggs symbolize my private thoughts, I can't even collect eight good ones to cook. Under stress, most of my thoughts barely reach "good"; the rest smell rotten to the core.

I think about me first, not others.

I hurt those I love.

I say things I regret.

About 2,000 years ago, a fellow struggler summed it up like this: "I decide to do good, but I don't really do it; I decide not to do bad, but then I do it anyway. My decisions, such as they are, don't result in actions. Something has gone wrong deep within me and gets the better of me every time" (Romans 7:19, 20; The Message).

When we're honest with ourselves, we have to agree. We're all guilty.

Once we face the insidious Mr. Hyde, something must change. We might seek to bury deeper this darker side of ourselves, choosing to ignore him or hoping to control him. Or we fight and bring him to justice. Nothing satisfies or silences guilt like just punishment.

"All human beings yearn, deep in their hearts, for deliverance from sin and guilt," writes Charles Colson, author and one-time aide to former President Nixon. "Many try to suppress the longing, to rationalize it away, to mute it with lesser answers. But ultimately, it is impossible to evade."

In Stevenson's classic, Dr. Jekyll begins to become eclipsed by his evil persona. The bad Mr. Hyde starts showing up at the wrong time. The good doctor can't seem to control when he changes back and forth from model citizen to crazed madman.

Fearing Jekyll might "disappear," that one day he might not be able to return to his respected self, he transfers all his money and rights to Mr. Hyde in a will. Though concealing that he and Hyde are one man, Jekyll naively asks his lawyer to help Mr. Hyde.

"If I am taken away," said Jekyll, "I wish you to promise me that you will bear with him and get his rights for him."

Confused by his own duplicity, Jekyll summarizes, "I only ask for justice."

But there is at least one situation in life when fair hurts. When what we deserve is not what we want.

Like Jekyll, we all just want what's fair. That's why we scream at the television when an umpire makes a bad call. Why we throw our hands up when someone cuts us off in traffic. Why we curse the woman with more than 10 items in the express checkout line.

But there is at least one situation in life when fair hurts. When what we deserve is not what we want.

And it affects every person on the planet.

Justice for Hyde — who harms a young girl and murders a man — looks much different than Jekyll supposed.

Jekyll eventually realized that justice delivers exactly what is deserved. No breaks.

By the novel's end, the tormented man no longer wants justice. Instead, he cries, "For God's sake, have mercy!"

Mercy, not justice, offers an unfair answer for what is otherwise deserved.

Benny Phillips remembers his first encounter with mercy. He and his friends were caught stealing cars: Three boys received a 3-year sentence in a detention center, while the others sustained a slap on the wrist.

Mercy, not justice, offers an unfair answer for what is otherwise deserved.

Young Benny would receive his sentencing last after his cohorts left the courtroom.

This judge knew the 15-year-old from two previous criminal charges, and Benny feared full justice for grand larceny. As the last boy left the courtroom, the judge sentenced Benny to three years in the detention center.

"My heart just sank," remembers Benny 30 years later. "Then after a silence that seemed like forever long, the judge added, 'But I am going to suspend the sentence."'

Though I've never stolen a car nor murdered a man, Mr. Hyde runs rampant in my mind and sometimes makes a bold appearance in my actions. Like Benny, I deserve punishment.

Christianity teaches that the price for man's wrong — internal or external — is death. Of course, we will all eventually die, but this death penalty refers to an eternal death. Our wrongs earn us separation from God.

Ever hear someone say that Christ died for your sins?

We recoil at the thought of an innocent person paying the death penalty for a guilty man. "Unfair!" we cry.

And yet, Christianity teaches that God surpassed fairness, offering to pay for our penalty through the death and resurrection of Jesus Christ. As perfectly just, He could not ignore our sin and wrongdoing. The penalty must be exacted.

Instead of leaving us to the harsh demands of justice, Jesus stepped in on our behalf. He extended both justice and mercy. He offered to be our Savior.

If we come to Jesus in surrender, sick by our sin and certain of justice's demands, He will take our place.

Things didn't end well for Jekyll, by the way. He kept thinking he had Hyde under control, but they both wound up dead.

Jekyll and Hyde's case is not as strange as the novel's title suggests. The problem isn't out there; the problem is me.

I know what I need, like it or not. I need a Savior.

Because my dark side lurks. And so does yours.

NEXT: How to Make Jesus Your Savior