Can God Really Forgive Me for the Death I Caused?

After a horrible accident while driving drunk, Melissa learns that there’s more to life. 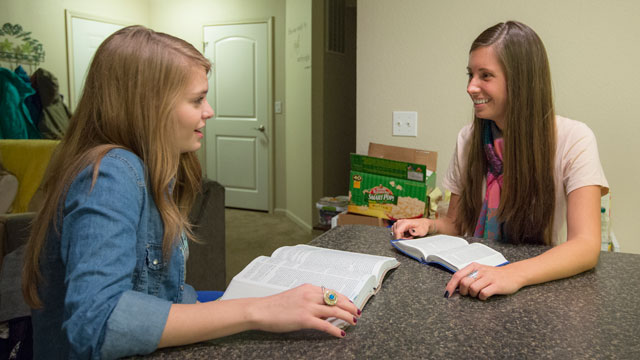 Someone died because of a bad decision I made.

It was the beginning of my junior year at Michigan State University. I was the fun, pretty sorority girl. I was always flashing a big smile, always up for a party, and always willing to do whatever it took to maintain my image.

One night, my friend Joe and I went to a party where everyone was drinking and almost everyone was underage, including me. We arranged to have a designated driver, but when plans changed, I decided to drive Joe and myself home.

I merged onto the expressway in the wrong direction and drove into oncoming traffic. I hit two cars head-on, seriously injuring the people in those vehicles.

But far worse was that Joe died in the collision.

I was in a coma for 11 days and was hospitalized for a total of seven weeks. It was so hard for me to celebrate any progress I made because I kept thinking, “How can I celebrate getting better when Joe is dead?”

After I came home, my friends said, “What’s wrong with you? You’re not fun anymore.” But I just couldn’t be the girl I used to be.

I couldn’t pretend that the only things that mattered in life were weighing 110 pounds and going out and drinking all the time.

I couldn’t pretend that the only things that mattered in life were weighing 110 pounds and going out and drinking all the time.

I decided I needed something different, so I searched student organizations at MSU and found Cru.

I didn’t know anything about Christians. I emailed Shannon Kandt, a Cru staff member, asking if I could go to her Bible study.

Afterward, we sat outside my sorority house and talked for three hours. At first, I was really closed off. But Shannon began to teach me about forgiveness.

She told me that Jesus died for my sins, and by believing in Him I could be completely forgiven.

I so badly wanted to believe. But it seemed impossible in light of what I had done. How could God still love me so much that he would die for my sins?

I so badly wanted to believe. But it seemed impossible in light of what I had done. How could God still love me so much that he would die for my sins?

I wanted to know more, so I went on a retreat with Cru. It was amazing to learn that God loved me when I had no love for Him, that I could have a relationship with Him and experience forgiveness in a way that could change my life.

The next morning, it became clear to me that Jesus really was worth my life. I decided to trust Him, believe in Him, and live for Him.

I knew instantly that it was the best decision I’ve ever made.

Shortly after making her decision to follow Jesus, Melissa was brought up on criminal charges related to the auto accident and received a prison sentence of 30 months. She was recently released and is now completing her degree at Michigan State University.

When My View of Love was Wrong