Rescued from the Occult

An Australian college student turns from her interest in witchcraft and finds Jesus. 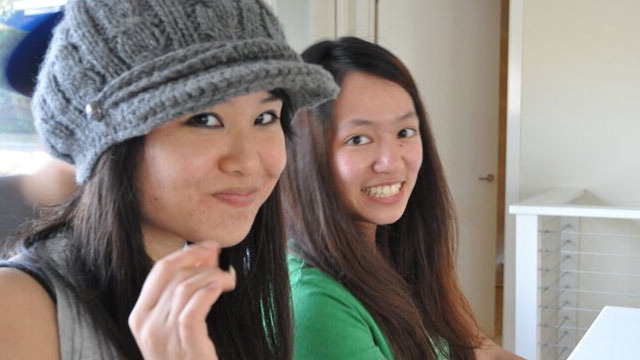 Yenny used to weep herself to sleep at night. She loved the thrill of having a boyfriend, but it always proved to be temporary. In order to numb the pain, Yenny would recklessly fall into the arms of another man, creating a terrible cycle of regret. Feeling used and empty, she looked everywhere for her self-respect and power. Unfortunately, she turned to the occult for those needs.

“I used to be very disappointed with people and isolated myself from them,” she says. “Doing this just left me more susceptible when I discovered the occult. I read a lot of books about it and developed an unhealthy interest in clairvoyance, palm reading, witchcraft and ghosts.

She found herself living by horoscopes and going to fortunetellers who told her things no one else could have known. At first these things comforted Yenny because she yearned for spiritual guidance. It gave her a thrill, too. However, the false sense of comfort and power soon grew into an obsession.

“I felt like there was an evil presence following me,” she remembers. “I realized how many paths these interests presented to me, and it was way too broad. The wider it became, the blurrier my thoughts became. I didn’t know which path would give me the guidance I sought. I was in a constant psychological chaos and was increasingly uncomfortable with these forces.”

Then during orientation week at La Trobe University in Melbourne, Australia, a girl named Joy asked Yenny to fill out a survey. One of the questions asked if she ever dabbled in witchcraft. This stirred Yenny’s interest. The survey asked if she would like to learn about Jesus. Since she already was searching for spiritual guidance, she thought it could not hurt to do a bit more exploring.

“I thought I might as well integrate Christianity into the mix, why not?” she remembers. Yenny finished the survey and gave it back to Joy. The next day Joy called Yenny to meet up.

“I remember telling Joy my whole life,” says Yenny. “She shared how Christ had helped her through her own mistakes and falls. However, I was still unfamiliar with God at that time. I didn’t think He was necessary.”

The friendship between them deepened and Yenny began to attend Bible studies each week. She met a few more Christians on campus and found a safe atmosphere with them. She eventually prayed and received Christ into her heart. Although she was sincere in asking forgiveness for her sins, she naively continued to dabble in the occult and unhealthy romances.

After a particularly difficult relationship, filled with unfaithfulness and jealously, Yenny came to a breaking point. In her room one night on the brink of suicide, she had an encounter with Jesus. “I remember lying on the floor, desperate, crying and suffocating in my sorrow,” she says. “I whispered to God that I’d devote my utmost attention to Him and no other, if He would just hold my heart. That’s when I felt Jesus embrace me. I finally grasped the reason Jesus died on the cross for me. What followed was a sense of genuine joy.”

Soon after, her Christian friends helped her understand the occult was not an extension of God, but actually against Him. One of her new friends told her, “Yenny, you’re tampering with demonic spirits!” Soon afterward, she put all her books, candles and stones in a bag and threw them in the trash.

“When I renounced those things, I felt like I was throwing my entire past away,” she says. “It was difficult. I had invested so much energy into something that was anti-God and I could feel the anger of the demons.”

Yenny says her walk with God has been both adventurous and challenging. When Christ came into her life, she changed in many ways. It has become easier for her to forgive others and to have more compassion. “I used to take please in seeing others in pain, now I want to comfort them,” she says. “With the Lord in my life, I feel safer than I ever did while involved in the occult. My refuge is in Him now, and whenever I walk past New Age shops, I just pause and thank God for what He saved me from.”

She took part in a mission trip, and now co-leads a Christian organization at La Trobe University.

She has a love for words and expresses herself through creative writing and poetry. She has a reason to write because of God’s miraculous work in her life.