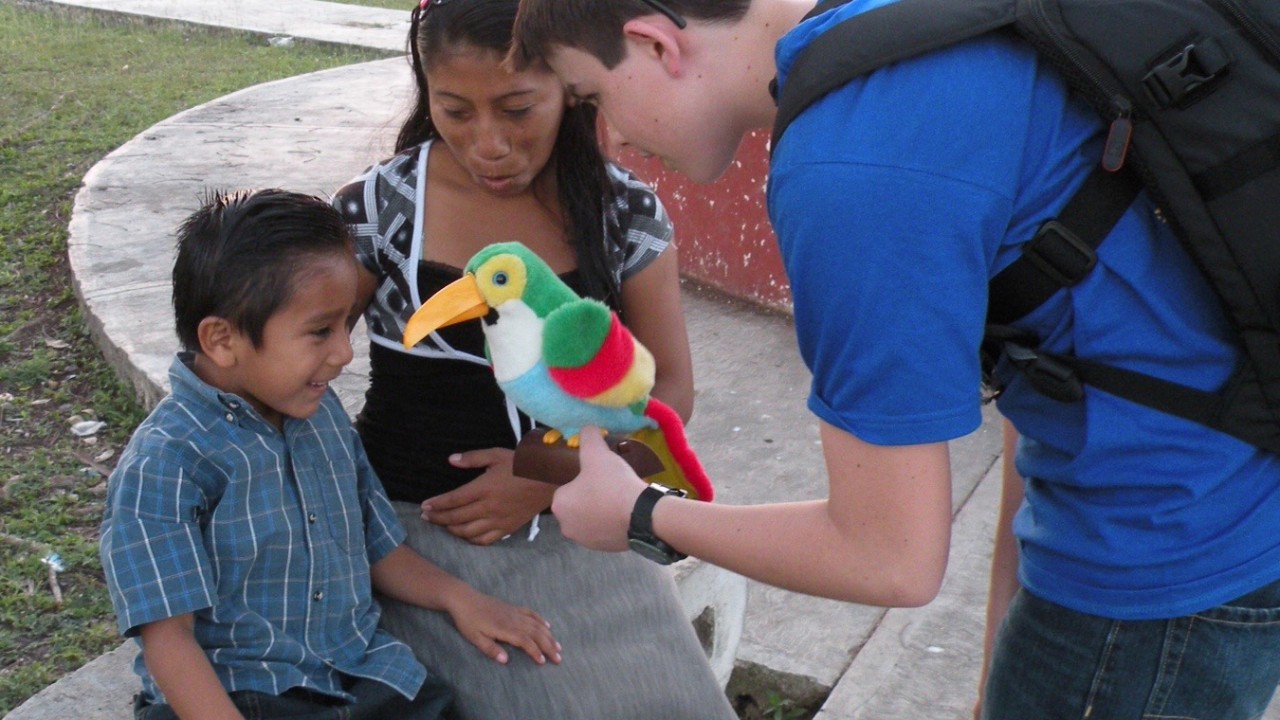 Jonathan Howey dug Toucan Sam out of his closet. The toy could repeat back what was said to it. But Toucan Sam had no idea what adventures awaited him on a JESUS Film mission trip to Yucatan, Mexico.

Jonathan was struck by how thrilled and responsive the Mayans were to the filmed version of the gospel. “It made me realize how much we take for granted here,” he says. “we can read the Bible and understand what it means. We have good teaching and preaching.”

Debi and Butch also noticed the sincerity and perseverance of the Mayan believers. Debi reports a story of a group of Mayan believers who formed a church through this work. They were stonewalled by the owner of the village’s well, who said that if they built a church, they wouldn’t be allowed to have water. In response, the Christians said, “we want a church more than we want water.”

Debi and Butch seek to pour passionate faith into their grandchildren while leaving a legacy of giving through missions.

When asked about his favorite memory of the trip, Jonathan says, “I like going to the cenote, an underground natural pool.”

Scuba divers explore the cenotes in the Yucatan, marking the depth of Cenote Azul at 237 feet. It’s a reminder of the deep faith Jonathan, and Toucan Sam, have witnessed going from his home to Mayan villages to the cenote.

I Want My Life to Count

A mysterious phone call helps one Mexico City college student figure out how to serve God on his campus.

Overcoming Fears in Evangelism Together

Two friends on a Mexico City college campus take on the challenge of talking to their non-Christian friends about Jesus.

More Workers Are Needed in Mexico

The ministry in Mexico is growing exponentially. But the country needs more staff members.