When Your Boss Asks You to Cheat 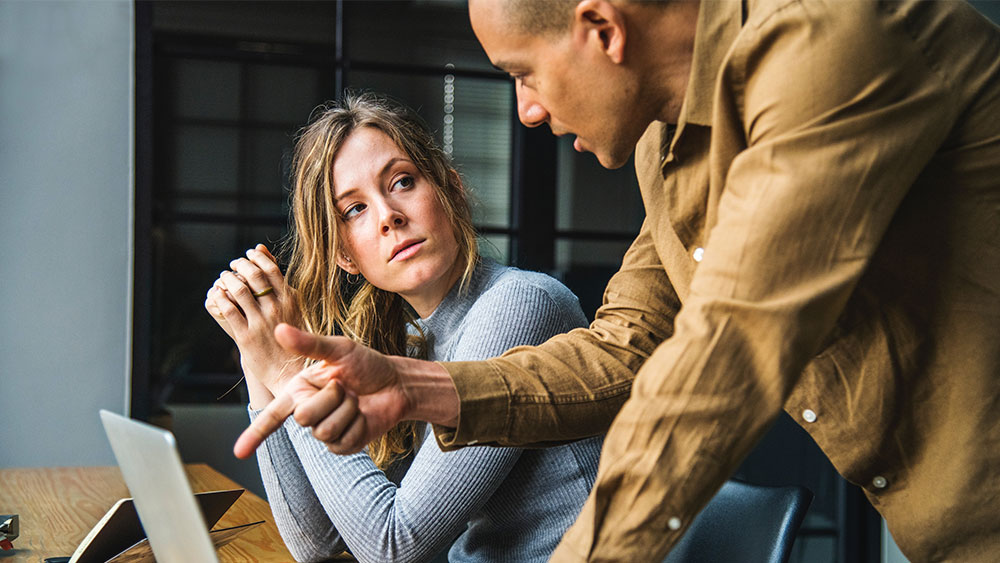 As I sat at the far end of the conference table, my boss instructed me to pay for an event using money designated in the budget for a totally different purpose. It sounded a lot like he wanted me to hide the transaction so the auditors wouldn’t detect the impropriety.

One of the greatest temptations we face as we seek to follow Christ and identify with Him is the urge to get ahead at all costs. We want our bosses to view us as superior to our co-workers, and one way to do this is to lower our standards when we’re under pressure from those who can help us gain recognition and promotion.

Courage is a crucial attribute for those who put their lives on the line — for example, a military commander leading his troops into battle. It’s also a trait required of men and women seeking to honor God in all areas of their lives. Courage is really a form of integrity.

Courage is dealing with something that’s dangerous, difficult or painful rather than withdrawing from it. Courage isn’t the absence of fear but the presence of faith.

In the Bible, Queen Esther demonstrated faith-based courage when she saved her fellow Jews from impending annihilation. When she discovered a plot to destroy her people, she went to the king to plead for mercy. This was a dangerous strategy; the penalty for approaching King Ahasuerus without being summoned was death. Esther’s courageous intervention saved the lives of her countrymen.

Integrity is having the courage to act with sound moral principle. A man or woman of integrity is honest, virtuous, upright, just and trustworthy.

Daniel is another biblical character who demonstrated great integrity as he served in the court of King Nebuchadnezzar. He wouldn’t defile himself by eating the Babylonian king’s choice food because it violated the Jewish dietary laws he observed. Later, he also refused to compromise when commanded to worship King Darius rather than God. Not only was Daniel honored for his faithfulness, but a couple of the kings he served in Babylon praised the God of Israel due to his actions.

We see courage and integrity in Jesus when Satan tempted Him after His 40 days fasting and praying in the wilderness. Despite Satan’s hollow promises to reward Christ if He’d compromise His Father’s standards, Jesus remained firm to what He knew to be right. He was unwilling to give in to the temptation to obey the devil rather than God.

Advice When You’re Asked to Cheat

I’m sure you’re wondering what happened when my boss directed me to break the rules. Fortunately, I managed to convince him that we could use funds from another budget line to pay for his special event. Having gone through this experience, my advice for you is to decide how you’d handle a similar challenge well before you’re confronted with instruction to do something you know is unethical.

Comment below: What is the value of integrity in the workplace?

Read more about Christians and work.

Our Approach to the City