Would Jesus have joined a fraternity?

The Phi Delta Theta, Sigma Nu and Alpha Tau Omega houses also have the biggest chapters in the nation.

We’ve got one of the biggest Greek systems in the country here, and my question is this: “Would Jesus have associated with these guys?”

“As Jesus went on from there, he saw a man named Matthew sitting at the tax collector’s booth. “Follow me,” he told him, and Matthew got up and followed him.

On hearing this, Jesus said, “It is not the healthy who need a doctor, but the sick.”

There’s a couple different people in this story: Jesus, the Pharisees, Matthew, his friends and all these sinners, and then the disciples.

The room is crowded with sinners, and the Pharisees can’t even walk inside the room or they will be declared ceremonially unclean. So they’re probably outside the room, and Jesus is sitting at the table hanging out with these “sinful people” and all of a sudden, He stops, because He discerns what the Pharisees are saying, and that’s when He says, “those who are well have no need of a physician, but it’s those who are sick,” and then He goes right back to talking with these people.

I think Jesus would spend most of his time with the lost, and the Greek system is a great place for you to spend your time.

“A Drunkard and a Glutton”

Look at Matthew 11:19.  Jesus says, “The Son of Man came eating and drinking, and they say, look at Him, a glutton and a drunkard, a friend of tax collectors and sinners.”

Why would they call him a drunkard and a glutton? Because he was spending all of His time with the lost over at these parties.

Now Jesus may not have even drank wine at all, but the fact that He was simply associating with these people gave Him a bad reputation with the Pharisees.

I’ve been in the Greek system for 29 years, this is my 21st year at Ole Miss, and to be honest, I think a lot of Christians spend their time looking more like the Pharisees than Jesus. 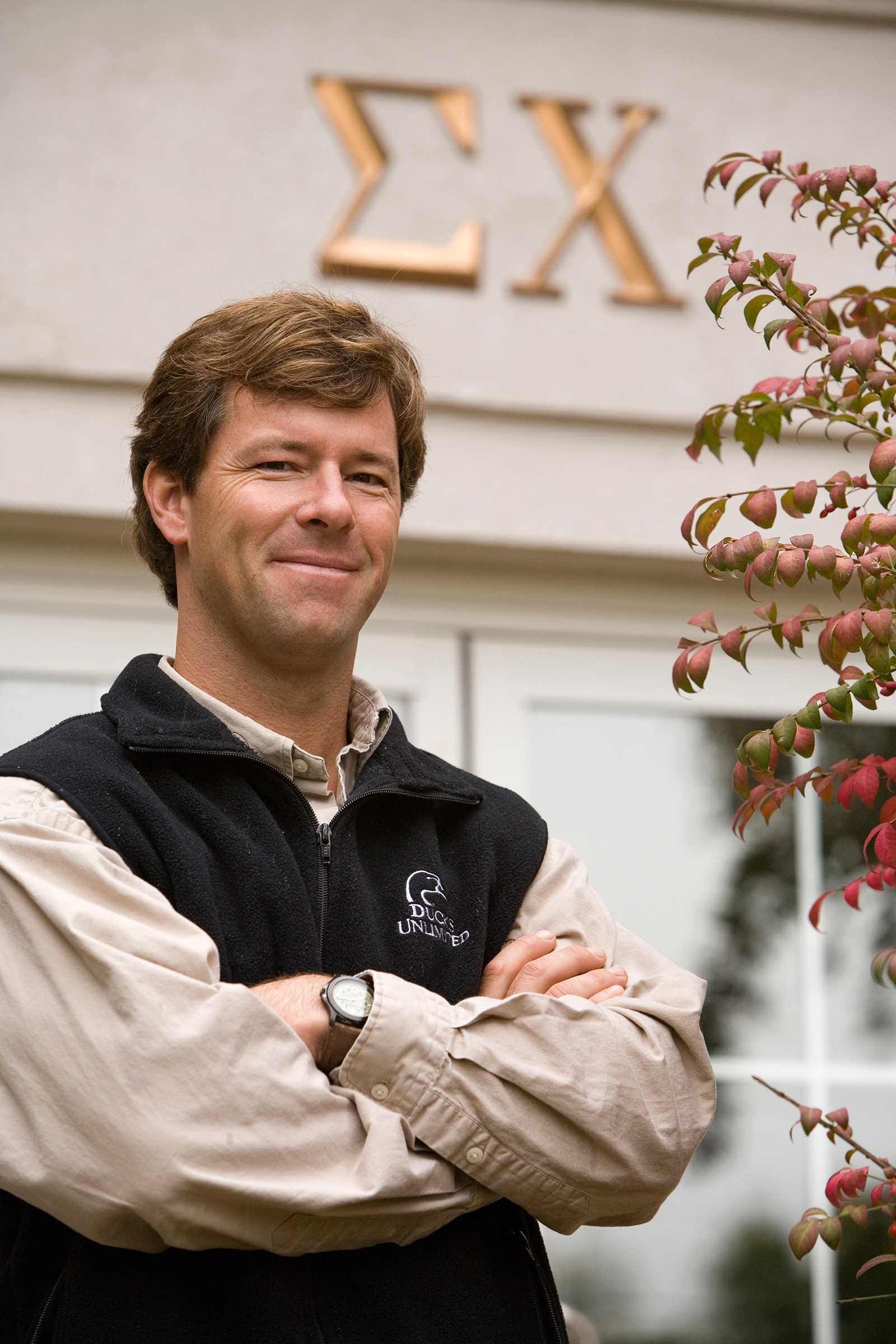 For Students and Campus Ministers

If you’re in high school and you’re thinking about going to college and you’re a Christian, I would love for you to really pray about maybe joining a fraternity or sorority to have an influence, to make a difference for Christ.

If you’re a freshman, and you’ve pledged a house, maybe it’s not the house or the chapter you wanted to be a part of, remember, you’re not the one who gets yourself into a fraternity, it’s not your looks or who you know – it’s God.

If you’re a junior or senior and you’re starting to get caught up your resume, or your girlfriend or boyfriend. I would challenge you to think, “why are you in that house?” Never again in the rest of your life will you know so many people who will know you, and will look up to and respect you.

My feeling is that you need to be living in the house. You need to be eating all your meals in the house. I lived in the fraternity house for two years when I was at Arkansas, and those were some of the highlights of my life. I went to every chapter meeting, every party, I was right there, so that I earned the right to stand up in chapter and say what I wanted to say, or met with the pledges.

The key is being consistent. Yeah, you make mistakes, I’ve made mistakes, but if you’re consistent over the long haul, the Lord can really use you in the Greek system. This is a huge group of people who need to know about the Lord.

If you’re a campus minister, I want you to really think about going to these places, praying for them.  I’m going to have all kinds of videos on the website greeklegacy.org to train you and you can contact me through email. I want to be a resource for you so that we can reach every fraternity and sorority guy and girl with the gospel around the nation.

What about the orphans and widows?

This is my 25th year in full-time ministry, and at times I’ve really struggled with why I’m reaching these guys and girls. I think, what about the orphans and widows?

My sister is a missionary in Honduras and I’ve gone there twice and helped her. She literally works with the orphans, the outcasts, the street kids, and I’ve struggled with God, why have you called me to be here with these guys?

“You say, ‘I am rich; I have acquired wealth and do not need a thing.’ But you do not realize that you are wretched, pitiful, poor, blind and naked.

He’s saying, “You think you’ve got it all together? You don’t realize that you are miserable, wretched, poor, blind and naked.”

Will you pray for the Greek system?

There might not be another time in your life when you know so many other people who need the gospel.

Find out more at greeklegacy.org.