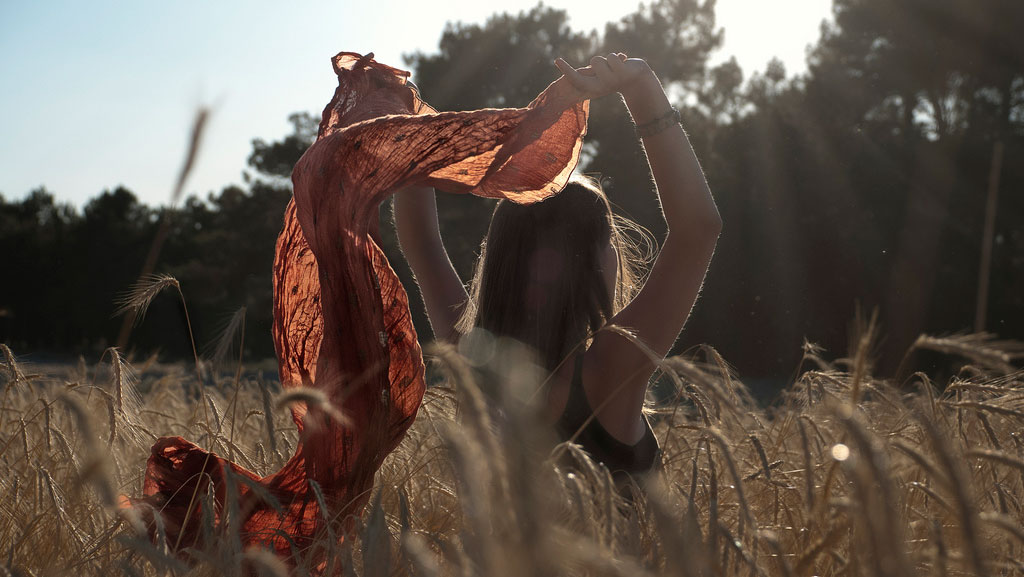 In Sanagachi, the largest red light district in Kolkata, India, thousands upon thousands of girls have been sold into sex slavery, many by their friends or family.

Blair Burns, the International Justice Mission’s director of operations for Southeast Asia, says when a girl is trapped in a brothel, “it doesn’t take long for her hope to recede and for fear, distrust and malice to rise in its place.”

One of those girls, born into a poor family, was married off while still a child then abandoned by her husband. She was alone and thought there was no hope. So when a woman from Kolkata approached her and asked if she wanted a job in the city she was thrilled, convinced she was moving to a better life. Then, at 15 years old, she was tricked, locked in a brothel and sold every night.

When I first heard her story, it was hard to relate. My life looks so different from hers. But as my understanding grew, I began to see that her story was startlingly similar to my relationship with God.

Through months of planning and an undercover operation, IJM rescued that girl and the other underage girls from that brothel. All those girls now have hope for a better future.

We, too, were rescued. Romans 6:20 says we were once slaves to sin, but Christ has set us free. We have been released from sin and given eternal life.

Yet, for both the girl in the brothel and for us, there’s more to the rescue story. Even though she had left the brothel, the girl was angry and bitter and lashed out at the very people who had freed her from slavery. She didn’t believe that there was any future for her except to return to her former life of oppression, abuse and exploitation.

It’s easy for me to look at her life from the outside and see that no one is meant to live oppressed, abused or exploited. But how could she reject help? How could she want to go back to that life?

Then I realized that we do the same thing. We have been released from slavery yet, day after day, many of us remain slaves to ourselves, not knowing how to live freely.

When I look at the times that I haven’t lived in freedom, there are three mistruths that I’ve seen sneak into my own life.

For example, I continually struggle with trusting that my Master will provide for my daily needs. Right after Matthew tells us that “no one can serve two masters,” he tells us that we should not worry about what we will eat or drink or wear because our heavenly Father knows we need them. “But seek first His kingdom and His righteousness, and all these things will be added to you,” (Matthew 6:33).

To experience freedom, I have to choose to relinquish control, to let go of my former life of slavery to sin and to myself.

Not long after the Indian girl was rescued from the brothel, she became the first resident of a cutting-edge Christian aftercare center. Blair Burns said her countenance was so changed he couldn’t even recognize her. “Where her face once screamed out cruelty and hatefulness and, frankly, death,” he said, “it now beams with light and life.”

Our bondage once declared our slavery, but now we have freedom. Freedom to dwell in the presence of our Father who welcomes us with open arms, provides for us and offers grace upon grace.

The unmistakable change in her heart did not happen overnight and neither will it happen in ours. Day after day it’s a battle to choose freedom, to choose Christ. The lure of complacency can be strong, but it will leave us battered and broken and terrified to truly live. Choosing to rest in Christ is the only thing that can set us free.

Are there any mistruths in your life that leave you trapped and keep you from living free?