Judy Douglass, Worldwide Challenge’s founding editor, looks ahead while reflecting on the past. 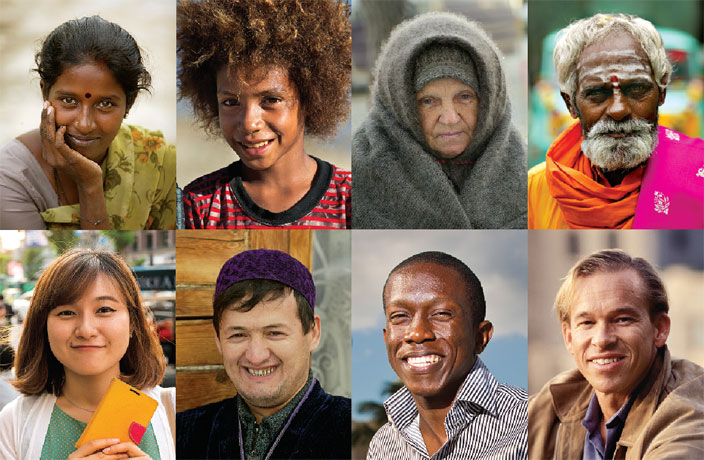 In the fall of 1973, Judy Downs and her boss, Lowell, walked into Bill Bright’s home carrying a proposal.

Steve Douglass, Judy’s then-boyfriend and now husband, was on his way out the door when Bill asked him to stay for the meeting. Much to Steve’s surprise, Bill wanted him to make the final decision.

“You know I have a bit of a conflict of interest here,” Steve said to Bill.

Evangelistic publications were a key communication tool for Christian organizations at the time. But Judy and Lowell wanted to try a different kind of magazine.

It replaced some of the words with images and white space.

Armed with the blessing of Bill Bright, a degree in journalism, and her desire to see lives changed, 30-year-old Judy became the magazine’s first editor. Her team, made of all 20-somethings, were journalistically trained and high-performance. But they were young and writing to an unfamiliar audience. They didn’t know how they would gather enough material for each issue. They were terrified. Judy wondered why anyone in leadership would trust them.

But the leaders did trust them, and the amount of ideas and article possibilities seemed endless. Within the first three months, subscriptions hit 35,000.

Lowell and Judy created Worldwide Challenge as a thank-you gift to those who gave to and prayed for Campus Crusade for Christ, now Cru®. But it was also a means to inspire readers by painting pictures of what God was accomplishing through their investment in the ministry. And throughout the last 43 years of Worldwide Challenge, the objectives have remained the same.

“When [readers] see what’s going on all over the world, it’s an amazing thing,” says Judy.

Worldwide Challenge has not only been a gift to partners of the ministry, it has been a ministry in itself.

Bill envisioned that Cru would invest spiritually in the lives of everyone connected to the ministry. This was no different for the magazine. Judy sought to equip readers with content that showed how to walk in the power of the Holy Spirit, how to communicate the gospel, how to grow in faith and how to be involved in the Great Commission anywhere.

“It was a tremendous enhancement to getting the message out beyond our staff and the students we worked with,” says Judy. “Not only the thank you for giving and praying, but the vision that God could use them.”

According to Judy, when Worldwide Challenge first launched, it helped in the transformation of Christian publications by adding more color, features and personal stories. Through the years, the magazine has continued to operate with trained writers, editors, photographers, administrators and designers who have contributed to the maturity of the product.

As the ways people communicate have changed throughout the years, Worldwide Challenge has adapted with the times—visual redesigns, the addition of more photography and color, and the variation of articles to hit on the same scriptural truths but in new ways.

And now Cru is adapting again, even though it means the end of this particular print publication. With new possibilities in how organizations like Cru can communicate, Judy sees the potential to reach even more people.

“My message is always to believe God for the more,” says Judy. “We are anticipating that God will open doors and provide for us to encourage and challenge far more people than we’ve ever been able to.”