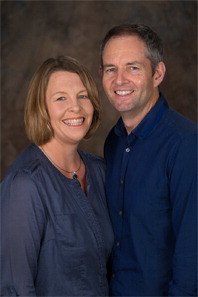 Roger is the Global Vice President of LeaderImpact for Campus Crusade for Christ international. Roger graduated from Auckland University in New Zealand, majoring in Economics, Politics and Geography. After three years working for the New Zealand Government, the Lord called Roger and his wife, Nicki, to serve in the student ministry of CCC New Zealand. In 2005, after 12 years of student ministry leadership, Roger became the National Director of Tandem Ministries (CCCI NZ). In 2013, Roger was honored to be appointed as Global Vice President of CCCI as the VP of Student-led Movements. In 2019 Roger was appointed Vice President of LeaderImpact.

Roger is passionate about helping reach leaders for Christ's kingdom. He enjoys speaking to leaders about the significant part they can play in God's redeeming work in the world and being part of a global spiritual movement.

Roger and Nicki have been happily married since 1994, their family includes their two young men, Alex and William. They split their time between Orlando and their home in Auckland, New Zealand.