From Coffee to Christ: The Spiritual Journey of a Middle Eastern Seeker

Below is a story told through illustrations with added text to guide you. The artist numbered the drawings within each panel, so you can more easily follow along. While the story itself is accurate, we have changed names and kept places vague for the security of those involved.

Mike Smith, an American Cru® intern, strolls across a university campus in the Middle East. Smith first joined Cru two years earlier, for a one-year internship abroad in the same country. While there, he discovered that he loved the country’s culture and the opportunities for deep conversation about spiritual topics. But he also learned that, while many locals are willing to talk, seeing them really engage over the truths of the gospel can take a long time — weeks, months or even years.

But now Mike is in his second year as an intern with Cru, and today he will meet an atypical local. Meandering into an on-campus café, he sees a student sitting by himself and asks if he can sit down next to him. Mike tries to make small talk with the student, whose name is Tavi. It’s not going well. 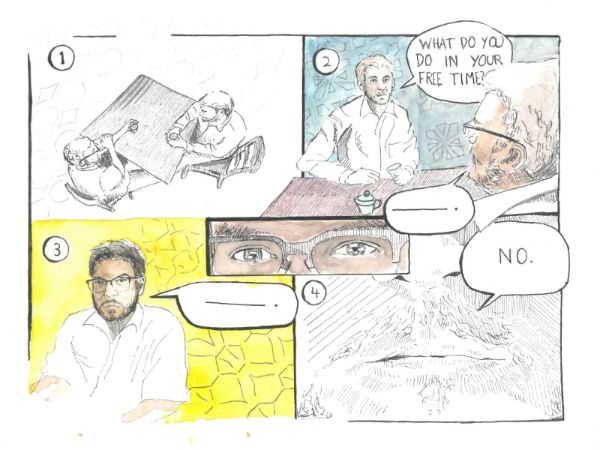 With each question, Tavi stares at Mike for approximately a minute before answering. In the 30 minutes they spend together, Tavi only says about 30 words. Later, Mike journals that he never wants to repeat a conversation like this.

Two days later, Mike is feeling miserable. The other members of his Cru team have left town to pick up their new visas, but he has to stay behind because his visa has been delayed by red tape. He wanders the campus alone.

Meanwhile, Tavi is experiencing his own frustration. He wanders through the library, searching for something. 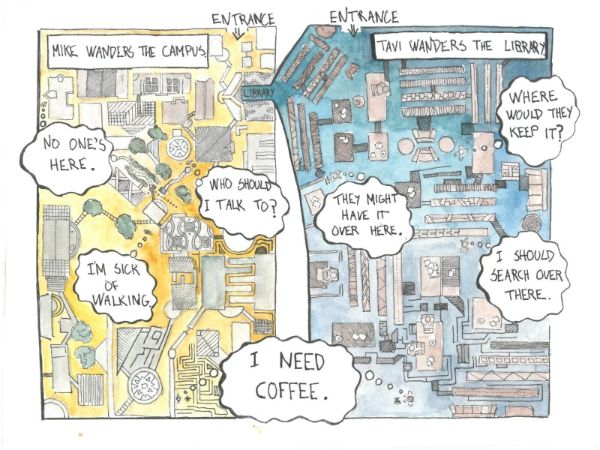 Each needs a pick-me-up, so they simultaneously head to the university café. 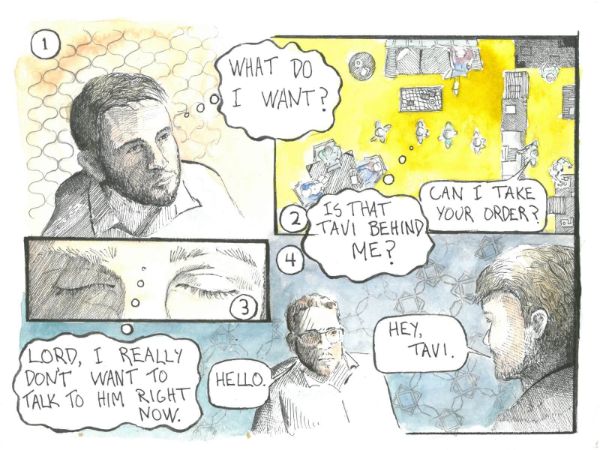 Once they’re seated, at first their conversation unfolds as it did before. 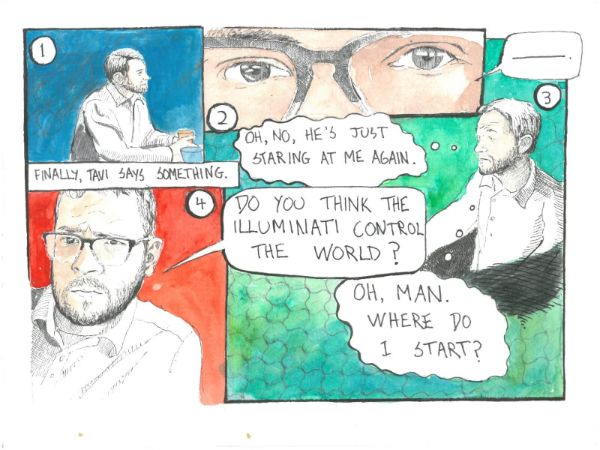 “No,” Mike says, in response to Tavi’s question. “I believe God’s in control.”

Tavi asks if he follows Muhammad, to which Mike responds, “No, I follow Jesus.”

At Mike’s response, Tavi perks up. 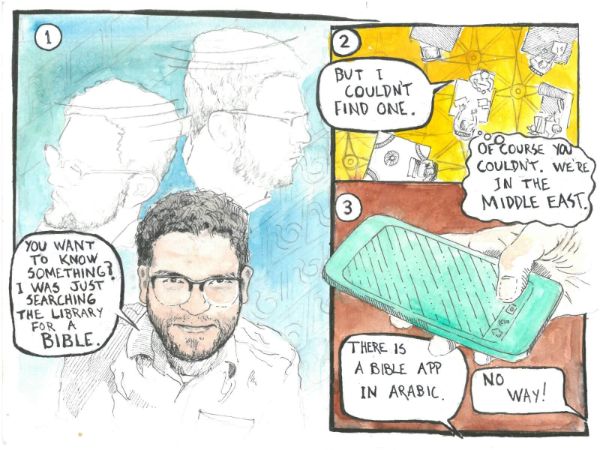 Tavi asks Mike to tell him about the Bible, and they explore the app together while Mike gives a general overview of the Old and New Testaments.

“What do I do with the Bible?” Tavi asks.

Mike explains that the best way to read Scripture is with others. When he asks if Tavi would be interested in reading with him, Tavi says, “I’d love to.”

“I’m free Sundays, Tuesdays and Thursdays,” says Mike. “When would you like to meet?”

“I’d like to meet Sundays, Tuesdays and Thursdays,” says Tavi.

At their first meeting, on a Thursday, Mike suggests that Tavi start reading the Book of John. The next Tuesday, Tavi explains that he’s reading it but that he finds it “super confusing.”

Knowing that phrases in John such as “the Word became flesh” can be puzzling, Mike asks Tavi to show him. Tavi opens the Bible to Job instead of John. Since Job has piqued Tavi’s interest, Mike agrees to study it instead.

That day, Tavi asks Mike what a sacrifice is, laying groundwork for exploring the larger story of the gospel. Tavi starts picking up on cultural references that Mike isn’t aware of, such as the way Job’s friends sat with him and the order in which they addressed him. By the time Tavi and Mike finish Job, Tavi reflects that the book is so detailed, so culturally accurate and so true that it has to be the word of God. 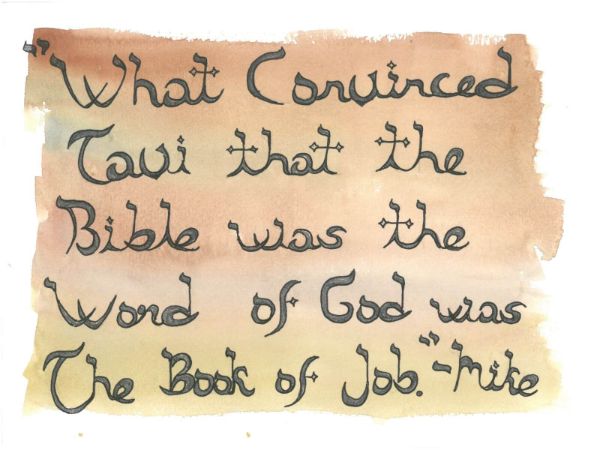 Job prepares Tavi to see things he wouldn’t expect throughout the Bible. Rather than a formulaic God of dos and don’ts, with Mike’s guidance, Tavi starts encountering a mysterious and relational God.

Over a 10-month period, they read through Genesis 15, the beginning of Exodus and the Psalms. They also study Luke. Hopping around the Scriptures, they dig for context and understanding.

And Tavi goes searching again. Unsatisfied with looking at a cell phone to read the Bible, he finds a Bible that’s larger than a phone book buried deep in the library stacks. 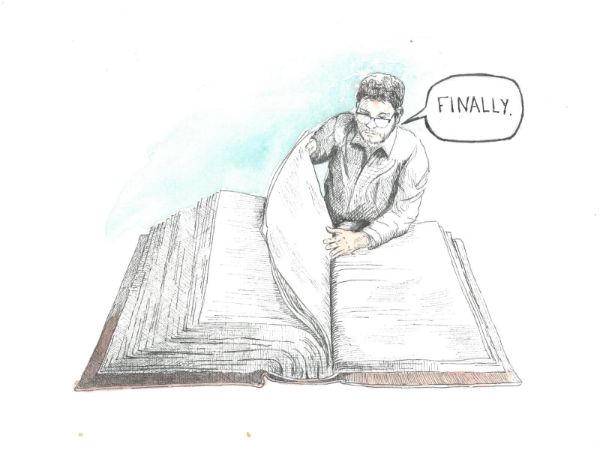 “Gosh, do you carry that around with you?” asks Mike, when Tavi brings it to one of their meetings.

“How do you feel about people seeing you?” asks Mike.

While they study, Tavi grows bolder. He tells Mike what happened in his English class. Tavi’s teacher asked if anyone read books anymore, and no one but Tavi responded. When the teacher asked what he was reading, he said, “I am reading the Bible. I read the Old and the New Testaments.”

Hearing the story, Mike is shocked. For many in the Middle East, choosing to follow Christ or even reading a Bible can result in the loss of friends, family, and socioeconomic status. It can also result in abuse, isolation, jail and in some cases death. Because culture and religion are inseparable in some areas, for many people converting to Christianity or questioning the dominant religion can be seen as a betrayal of their culture and way of life.

But Tavi doesn’t care. He’s proud he’s studying Scripture. He loves it and isn’t afraid of what others may do to him if they find out.

So to replace Tavi’s “tome of a Bible,” as Mike calls it, he finds Tavi a Bible in Arabic and gives it to him as a gift. Thrilled, Tavi doesn’t even open it but sprints home to unwrap it with his brothers. 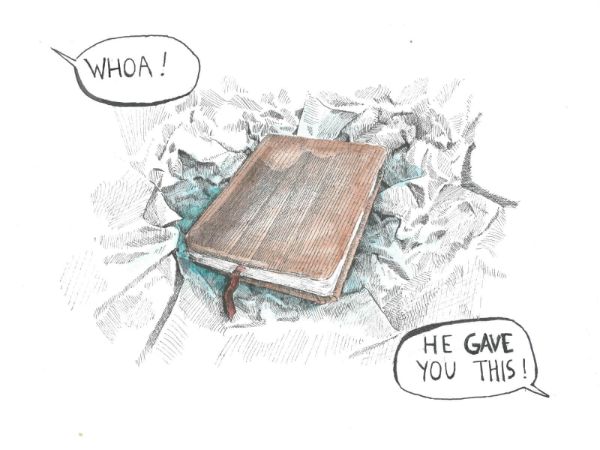 Today, Mike says Tavi knows the gospel well enough to explain it to others. But Tavi wrestles with letting go of his current faith system to accept Christ as God and give his life to Him. Knowing what Christianity might cost him, Tavi weighs his choices. He explains what he sees as the benefits of accepting the gospel: “It’s as if someone came into my life and offered me an all-expenses paid, first-class trip to Paris, and I know if I cash in this ticket, I will live a life far greater than any of my hopes and dreams here.” 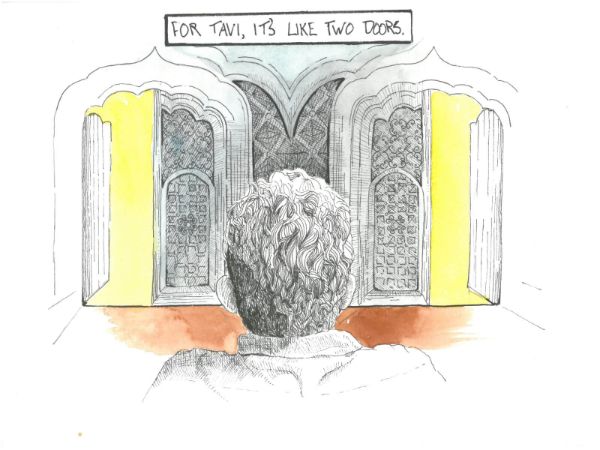 The door to the left means real life with great sacrifice, and the door to the right, status quo and comfort. But Tavi’s struggle doesn’t deter him from friendship with Mike. Over time, the two have grown close. “We have interactions where I’m on the floor in tears laughing because Tavi is so funny,” says Mike. “He’s become one of my best friends out here.”

During a school break they visit the coast and sit together in a café playing chess. They talk about life and God. 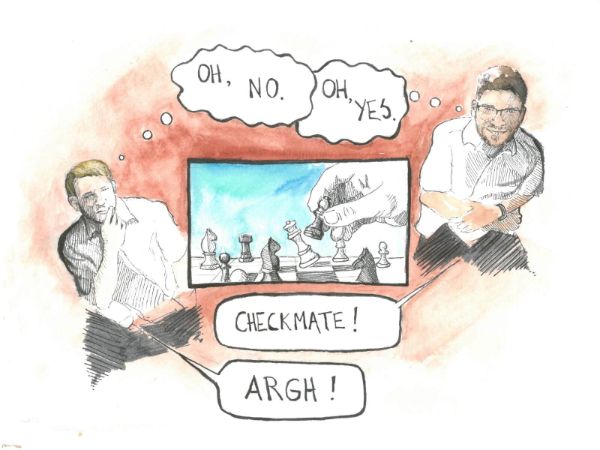 “Maybe I’ll be in my 50s and he’ll message me one day and say, ‘Mike, the last 20 years of talking have brought me to a place that I can make this decision,’” says Mike. “At that point, that will be the most worthwhile thing I’ll probably ever hear.”

Tavi’s struggle represents the many struggles going on in the hearts of individuals in the Middle East. Following Christ has a real cost there, yet the many people who find the cost worth the gain further magnify the value of God’s gift to humankind in Christ. Their choice glorifies the Giver.

Have you ever had to make a difficult choice when it came to your faith? 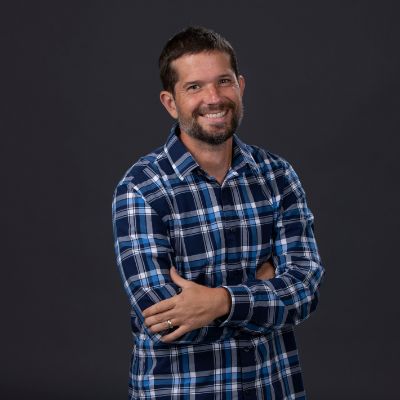 Words and illustrations by

Read more from the July 2019 issue 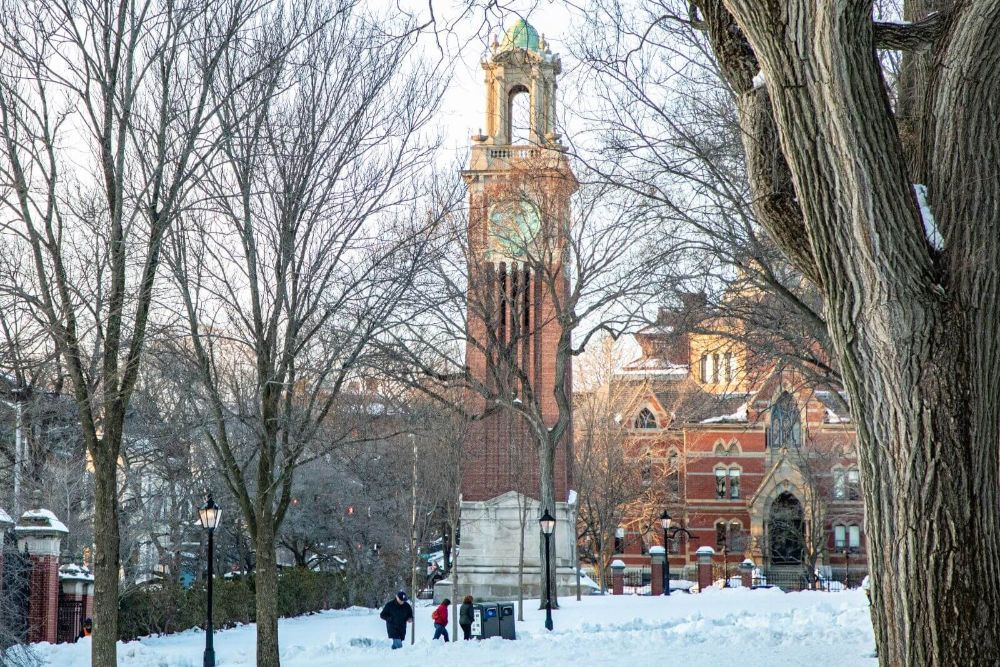 A Cru® event at Brown University demonstrates how to influence people toward Christ in a society that seems to have left Him behind.