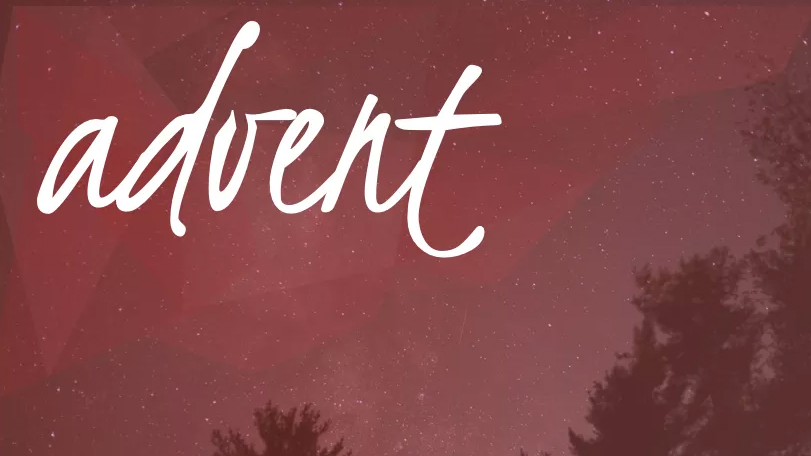 A season of hope.

In the midst of the Christmas story are people like you and me. The mostly average, the mostly broken, the mostly forgotten and neglected – the men and women who surrendered their lives to God and were a part of something amazing. God called people to go, and do, and say, and give whatever they could, and they did, and it changed the course of history. Through the power of the Spirit, the ordinary became extraordinary, the story of redemption that God had been writing since Creation was realized, and a Savior was born who brings hope to the hopeless.

Advent is a season every year in which we are prompted to remember the incredible narrative of Christmas and the people God used to play a role in all of it. Advent comes from the Latin word Adventus which means “arrival” or “coming” and the Advent season begins on the fourth Sunday before Christmas Day. It’s an opportunity to reflect back and celebrate the miraculous birth of Jesus Christ, and an opportunity to look ahead and remember that our risen king will one day come back to restore a world in desperate need of it.

For the next two weeks, we hope that you’ll take time to go through this Advent devotional series and witness the power of surrendering to the Lord. We’ll look at how the various men and women in the Christmas story would go, do, say, and give whatever God asked of them, for the glory of God and to see his Kingdom advance.

Written by ministry leaders around the country, each day you will be challenged to reflect on what areas of your life you need to surrender to God. Our hope is that you will do this in community - sharing what you are learning and encouraging one another to grow as you see the people in the Christmas story – and the God who orchestrated it all – in a new light.

OK! You might want to use a physical Bible, but we’ll also provide links to all the passages. So grab a friend or small group and let's spend a few minutes each day for the next two weeks exploring Advent and what it means for us today.

Select Next Day to go to Day 1.