“I started doing outreaches on my own.” 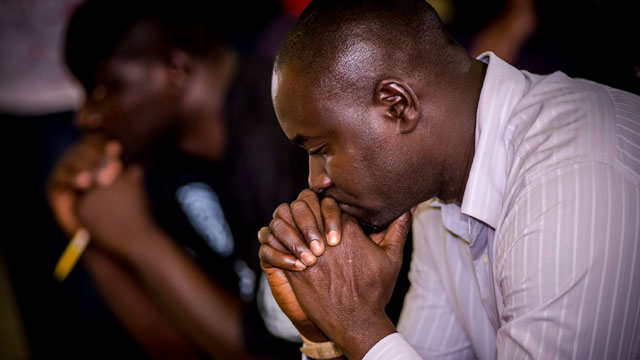 As Ambrose Narh Kubi walks across his college campus in Kumasi, Ghana, he keeps his eyes wide open. At 22 years old, this fourth-year student is alert for people around him who need Jesus, and he looks intently for ways to begin conversations.

Ambrose attends the Kwame Nkrumah University of Science and Technology, a school named after Ghana’s first president, located in Ghana’s second largest city. Though he is now a student leader in Cru’s movement there, he wasn’t always excited about evangelism.

“I didn’t have the courage to go out and tell people about Christ,” he admits. “I was shy of the fact that somebody could ask you a question you can’t answer.”

But last year, something changed. “I joined the student school of evangelism, where they do training to equip students like me,” he says, explaining that the training helped him gain confidence. “It was led by Cru staff.”

CCC is one of many religious bodies on campus, along with a Muslim group and over 16 different church denominations. All of these groups are lumped into a larger body called the Student Chaplaincy Council.

Then, Cru re-structured their student leadership on campus and began trying a new evangelism technique: the hall ambassador system. The halls on campus are where students live, and so Cru student leaders intentionally focus on reaching specific halls.

Ambrose was one of the first hall ambassadors on KNUST’s campus. It marked the beginning of his undertaking to explain the gospel on his own, even when there wasn’t a group evangelism effort happening. “I started doing outreaches on my own,” he says. “In my free time, I scheduled periods of two hours to go to rooms and share with students. That was part of the student ambassador work.”

Because of the many different denominations and faiths represented, other students involved in the Student Chaplaincy Council may or may not know Jesus personally. So, Ambrose is open to talk to anyone he meets.

“I believe God speaks through anything, and so I trust God to speak through what the students are familiar with,” he says. “I find something that can bring us to a common ground. When I enter the room and I see someone in a social sciences t-shirt, I mention the social sciences slogan, and they respond.”

During one faith-based meeting on campus, Ambrose met Amwati and asked if he had accepted Christ. Amwati answered that he had, but after some clarifying discussions, it was clear that he wasn’t saved. “We took the time to explain the gospel, and he gave his life to Christ,” Ambrose says. “God used me.”