At first, Libby Swenson’s passion to end modern-day slavery didn’t resonate with her husband, Rob, a former linebacker for the Denver Broncos.

“When she told me there were an estimated 27 million slaves [now updated to 45 million], I didn’t believe it,” he said.

Libby had heard a speaker with International Justice Mission, and she told Bob that she’d learned  children as young as 5 years old were being used for sexual purposes or working in brick factories. “It’s a global epidemic,” she emphasized.

So Rob read a book called Half the Sky by Nicholas Kristof and Sheryl WuDunn about the mistreatment and oppression of women and girls around the world. He also spent two years studying Isaiah 58 and Matthew 25:35 about God’s heart for the poor and oppressed. 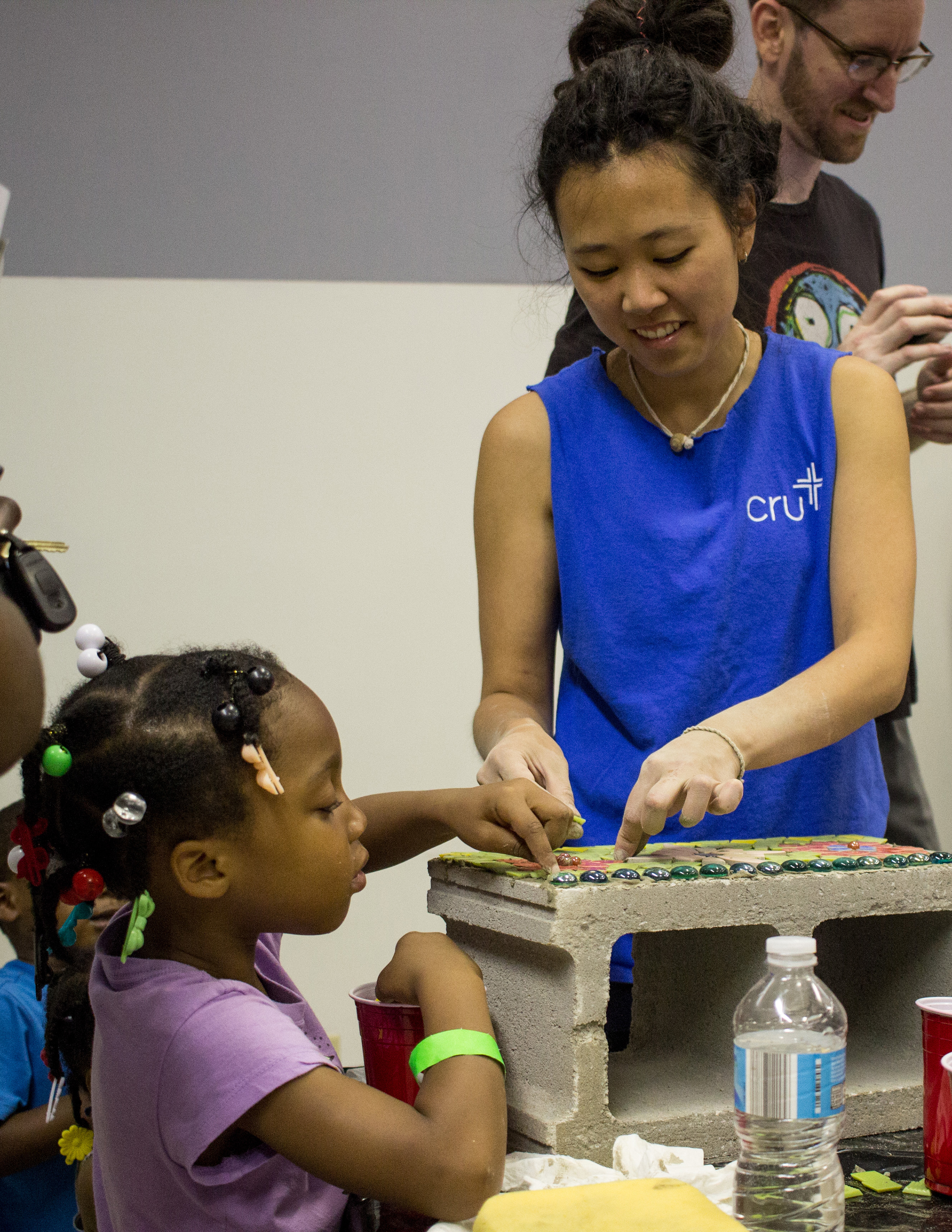 Rob was challenged and changed by what he read.

“If I’m to be like Christ, I need to have a heart for the poor and oppressed,” he thought. “If don’t have a ministry to them, maybe I don’t know Christ as great as I think I do.”

So Rob and Libby launched Freedom 58, which focuses on advocacy, education, and action regarding the poor and oppressed.

Libby also serves as the National Partnership Director of the Justice team for Cru, and her main cause is to raise awareness, educate the church on Biblical justice, and help provide tangible opportunities to help tackle modern-day slavery.

Cru partners with Christian anti-trafficking organizations, such as IJM, Agape International Missions, Tiny Hands Int’l, 10ThousandWindows and House of Light, to raise awareness and help put an end to this $150 billion industry – the third largest criminal industry in the world.

Recently, Rob came up with the idea of using art to raise the awareness of sex trafficking and violent oppression. “What if we took and gave those people [survivors] an opportunity to tell the world what’s going on?” he said.

It became the “Faces of Freedom Art Exhibit,” a traveling art exhibit of some 200 paintings. They show sex trafficking survivors and those who have been violently oppressed who have been rescued and people who are in aftercare on a journey to healing. 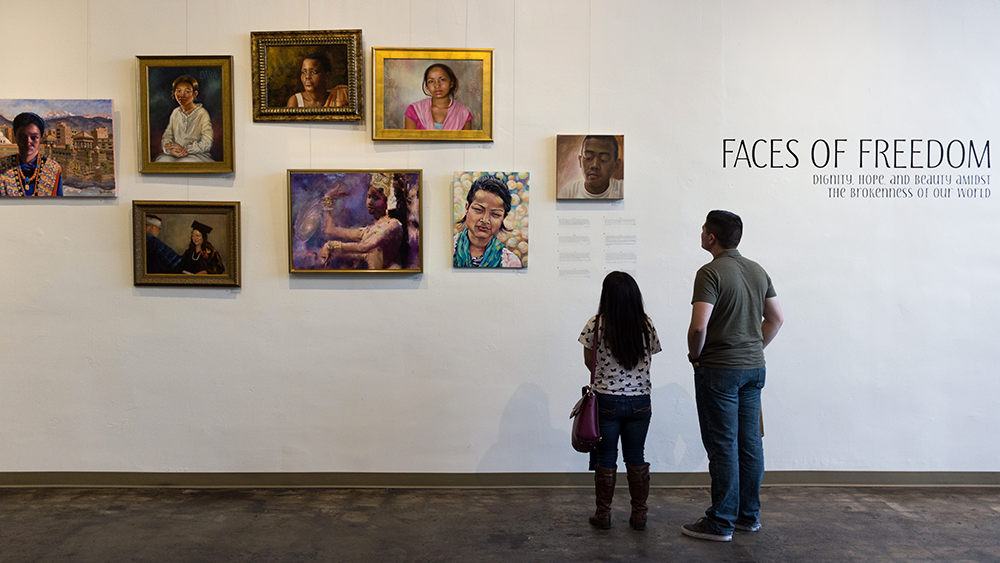 Through a partnership with Transform Arts, the exhibit toured the Midwest from a campus to a church to the Kansas City gallery art scene.

Leigh Ann Dull, who serves as Director of Transform says, “I believe art is a key component in everyone’s life, but in the city, I think it is a transformational piece. I think art opens up opportunities and windows – it is a window to the soul.”

Two of the artists who have painted some of these portraits wrote this, “We prayed for 20 years – we made a pact in high school that we would pray that God would use our gifting and our talent to advance His kingdom.”

What you can do to help transform your campus, your city, and the world?

Plan a justice week EVENT – This toolkit, created by International Justice Mission (IJM), is designed to hold a justice events on campus, but it can be adapted for your church or community.

What Can One Mom Do? Help Reach A High School for Christ